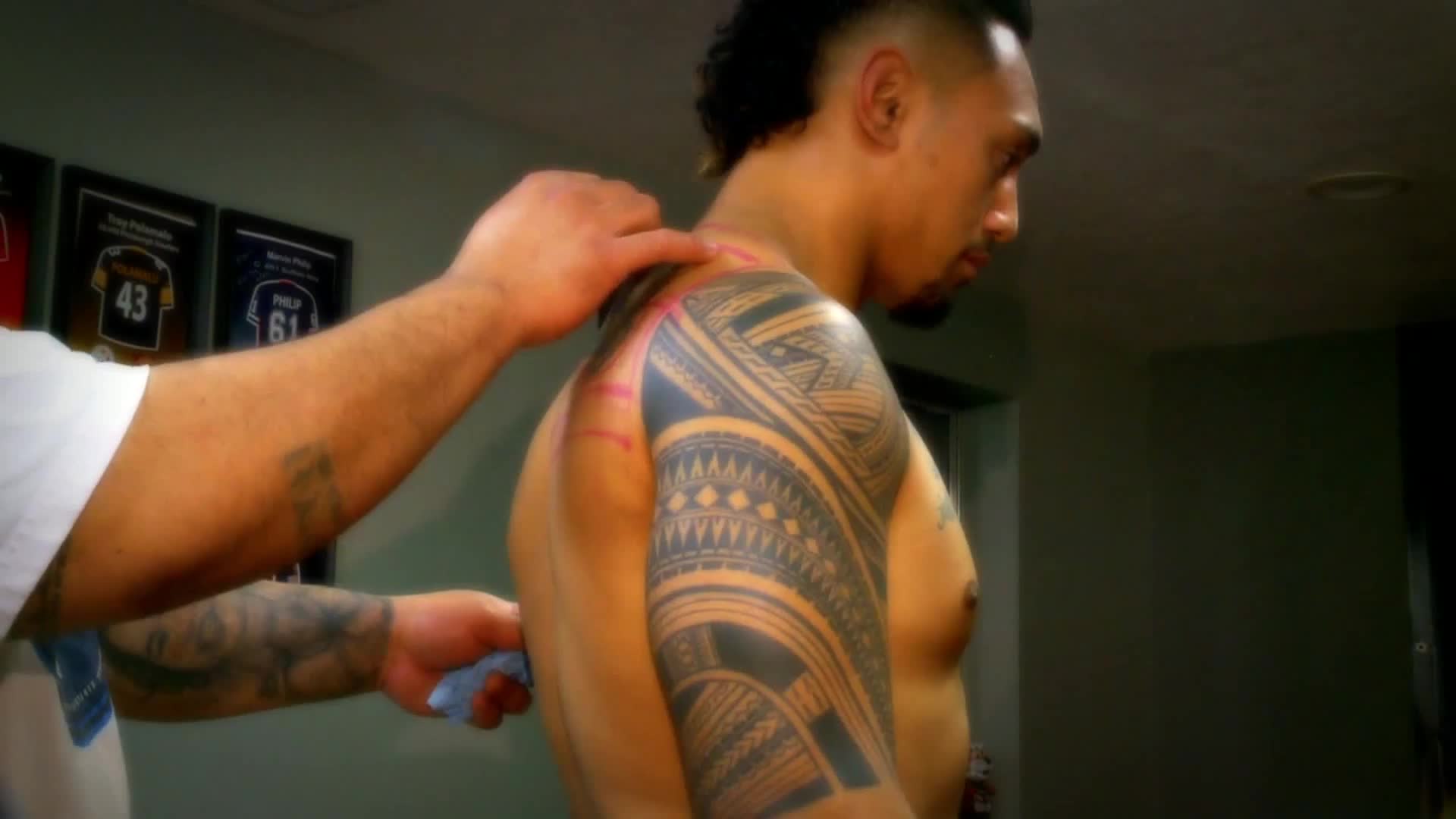 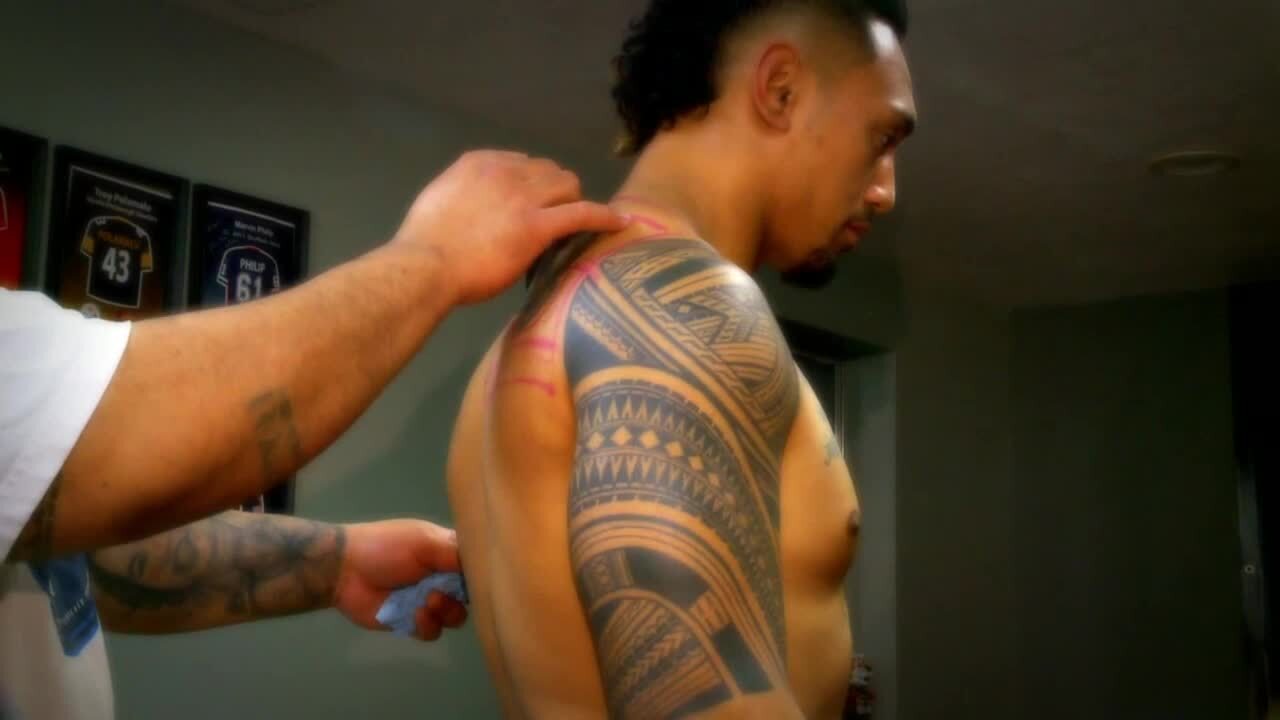 If you want to get a tattoo from Fred Frost, get in line. The waiting list is about seven months.

Among those who have discovered his talents are more than two dozen NFL players, including DeAngelo Williams of the Pittsburgh Steelers and Matt Asiata of the Minnesota Vikings.

Frost specializes in tattoos with motifs similar to those found in ancient tattoos among Polynesian people, called tataus.

The placement of lines and symbols in a tatau often tell the genealogy of the person they are given to, and common themes of service to God, family, and community abound.

Professional athletes aren't the only ones who travel to Frost's home studio in Utah to get inked. His clients range from bartenders to attorneys, and not all are of Polynesian heritage. What they do have in common, Frost insists, is that they are all good people.

He says he gets to know each client, and won't work on anyone who doesn't respect the traditional meanings behind the symbols they hope to wear.

Most tattoos are large in scale, and prices typically start around $2,000 on the low end.

Clients don't know exactly what their tattoos will look like until Frost is done. Fred free hands his designs and no two are exactly alike.

You can see more of Fred's work online here.