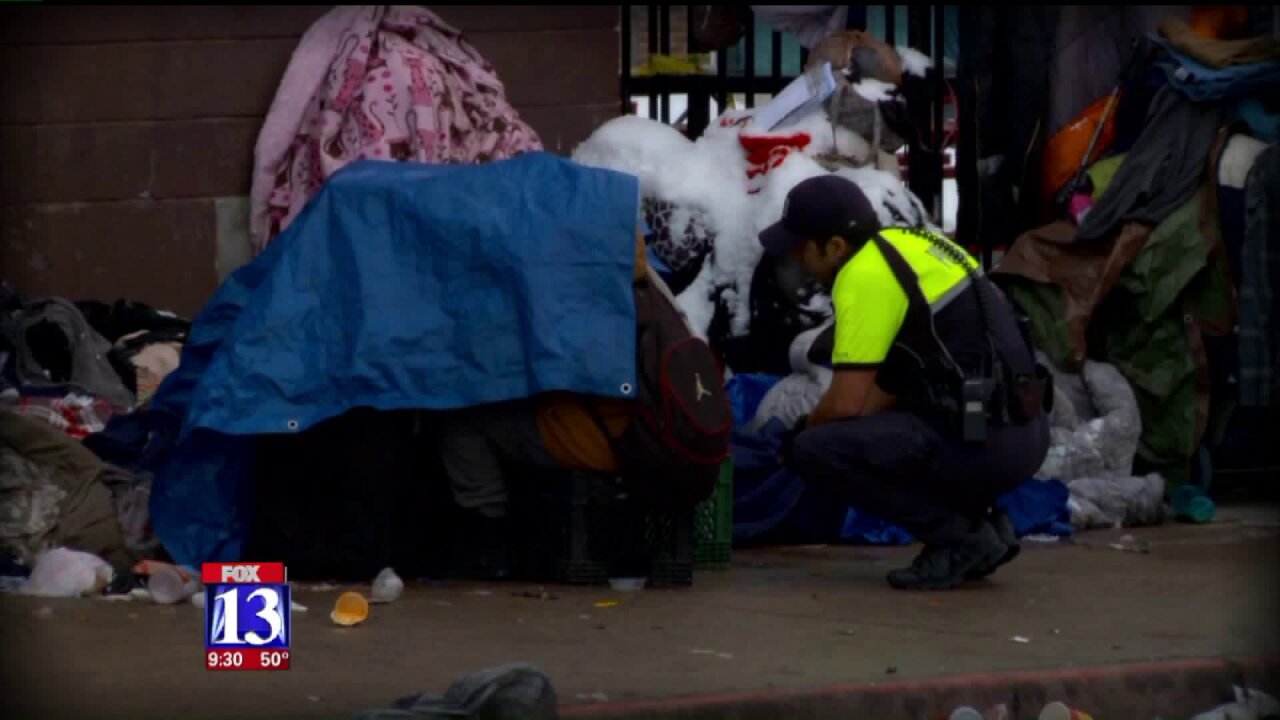 According to police, they've administered Narcan nine times in those six months.

Officer Michael Darelli, whose beat is restricted almost entirely to the Rio Grande, recounted one of the two times he used Narcan.

"The girl was purple and gray... she looked dead. I administered the Narcan," Darelli said. "About five minutes passed and was talking back and forth like nothing had ever happened.”

According to Darelli, Heroin and Cocaine and Spice are the biggest drugs sold and used in the Rio Grande area.

Buyers come from all over, Darelli said, as far south as Utah County, as far north as Ogden and from Tooele in the west.

That's because you can't find drugs cheaper than in this area, Darelli said.

"You park your car, walk into the area, you blend in with the crowd of people," Darelli said. "You do your business and walk out and leave-- and nobody is going to suspect a thing."

Darelli said he often sees people standing or sitting on the sidewalks, hunched over and moving like zombies. Darelli calls it the "spice dance," and it's a sure sign they are high on spice.

He's also seen people passed out with syringes in their arm, strung out on heroin.

While police have only used Narcan nine times to stop an overdose, Darelli said paramedics-- even bystanders-- often step in to administer the drug.

In fact, during Darelli's shift, a man was found near overdose after suspected heroin use. In this case, paramedics arrived on scene and injected the man with Narcan.

Darelli said, those people often refuse medical attention and they don't want to go to the hospital after they're brought back to life.

"We've had the same individuals that get medical attention, respond to them for the same situation, a week apart, a month apart, six months apart, and nothing has changed," Darelli said. "It's sad to see people that don't want help."

One thing police can do, Darelli said, is to nab it at the source.

Darelli said he and other officers often secretly watch drug deals at Rio Grande, before swooping in to make arrests.

One officer watched a woman park her car, then walk down the street to buy drugs.

Police waited for the woman to return to her car before approaching her. Darelli said police found a 7-year-old boy in the car and a baggy with five heroin balloons in the woman's pocket.

Balloons, according to Darelli, sell for about $20 each.

He charged her with drug possession, which is a misdemeanor crime in Utah.

Darelli explained because the heroin was in the woman's pocket and not within reach of the child, it was not enough to charge her with felony child endangerment.

Because of Salt Lake County jail policy not to arrest on misdemeanor crimes, he couldn't put her behind bars.

"Hopefully it's a wake-up call for grandma, and she changes her life around," he said.

During the drug arrests, Darelli said, police try to go after the dealer selling the drugs.

The more drugs off the street, the less chance for an overdose, and less need for Narcan, police said.

"We continue to do it," Darelli said. "One day at a time, one person at a time."