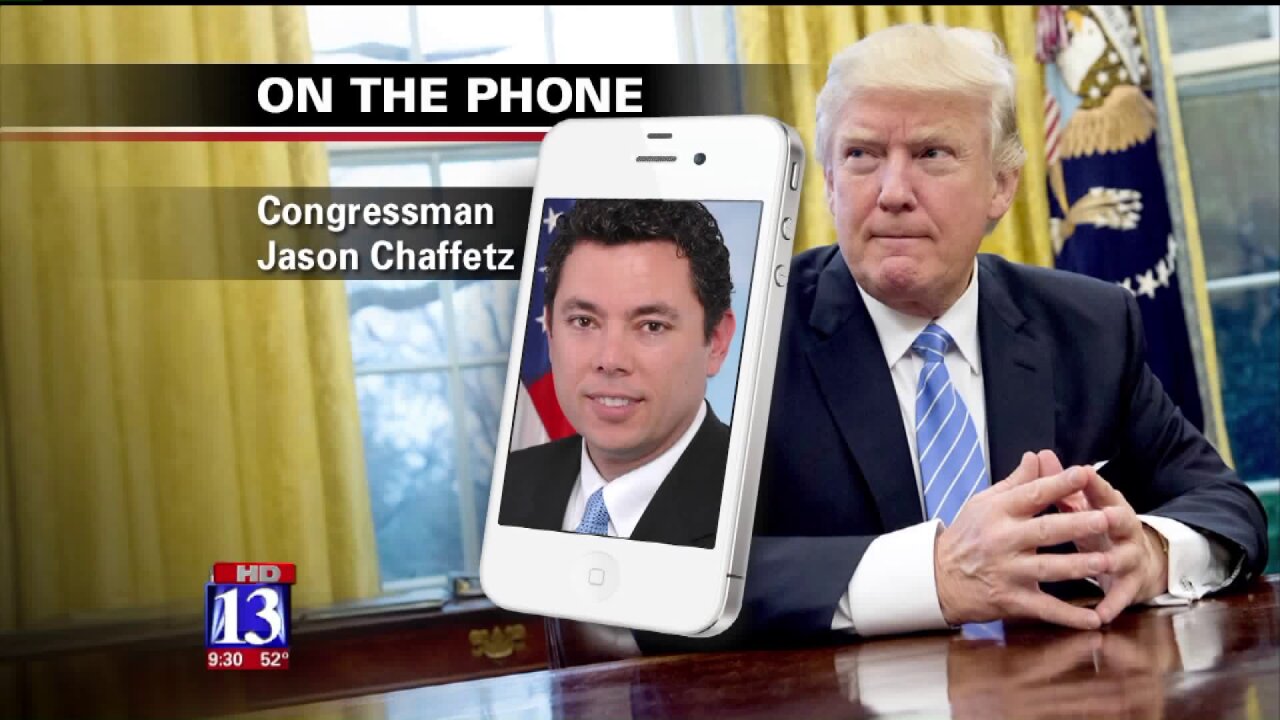 “I got thirty minutes with the president and I lead with Bears Ears,” said Chaffetz.

President Trump had his own lead.

“Before my bum had hit the ground, the President said, can’t talk about oversight.  Anything you’re investigating or still looking at, we can’t talk about that,” said Chaffetz, the chairman of the House Oversight Committee.

The congressman said he appreciated the President’s comment, noting it would not be appropriate to discuss any possible investigations.

Instead, Chaffetz said, he took the opportunity to ask the President to repeal the Bears Ears National Monument designation.

“I can’t state his final position but I think he was very sympathetic to how devastating this must have been to people down in southern Utah,” said Chaffetz.

In his last few weeks in office, President Obama designated 1.3 million acres in southern Utah as Bears Ears National Monument.  The designation protects the land from development and some land uses.

Congressman Chaffetz is quick to point out, not a single elected leader in Utah supported the monument designation.  But Dine Bikeyah says that ignores a key group: leaders of the tribes.

"I encourage President Trump to come down and meet with the tribe.  Directly talk with them,” said Willie Gray Eyes, Chairman for Dine Bikeyah.

The fight over Bears Ears could take another turn next week. Ryan Zinke, a congressman from Montana and the President’s pick for Secretary of Interior, is expected to be confirmed by the full senate.