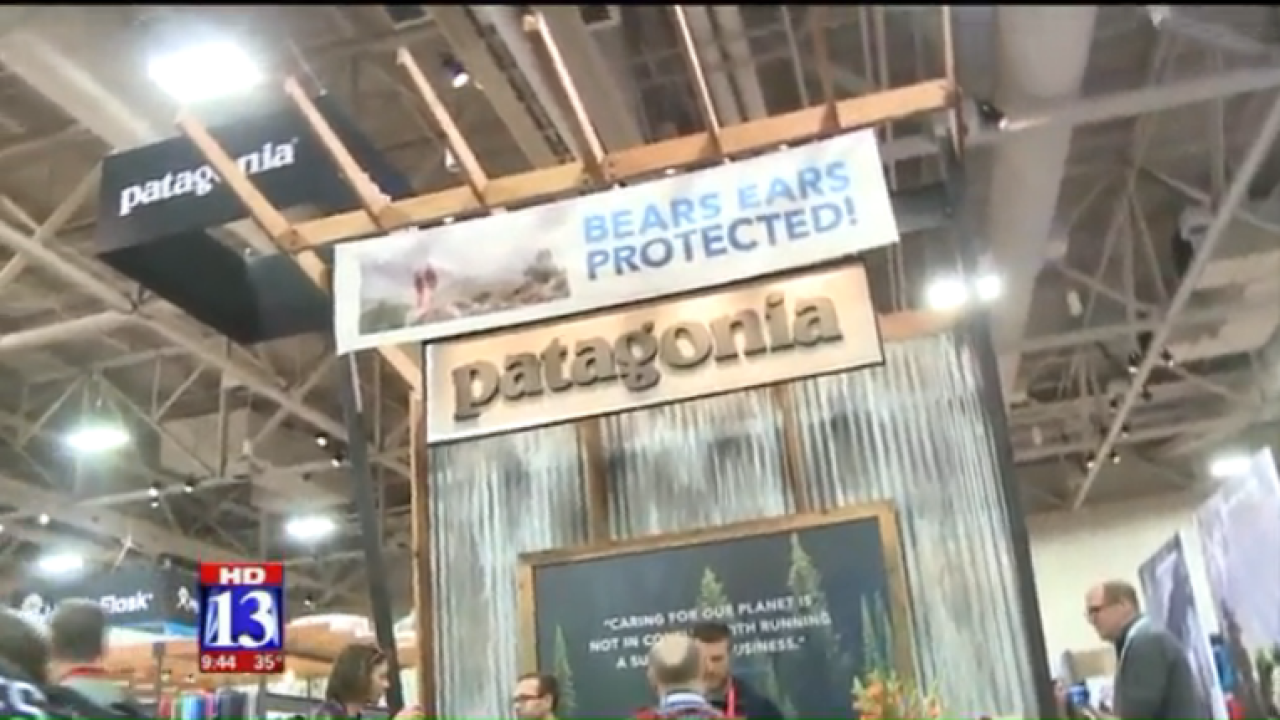 It comes as the major trade show announced it is starting to shop around for a new host city, in part over Utah's stances on public lands issues. But in an interview with FOX 13 on Tuesday, House Speaker Greg Hughes didn't flinch.

Patagonia said in a statement Tuesday that it would not participate in the summer Outdoor Retailer Market, because of the legislature's resolution over Bears Ears.

"Utah Gov. Gary Herbert signed a resolution on Friday urging the Trump administration to rescind the Bears Ears National Monument, making it clear that he and other Utah elected officials do not support public lands conservation nor do they value the economic benefits - $12 billion in consumer spending and 122,000 jobs – that the outdoor recreation industry brings to their state," Patagonia CEO Rose Marcario said in a statement.

"Because of the hostile environment they have created and their blatant disregard for Bears Ears National Monument and other public lands, the backbone of our business, Patagonia will no longer attend the Outdoor Retailer show in Utah and we are confident other outdoor manufacturers and retailers will join us in moving our investment to a state that values our industry and promotes public lands conservation."

Patagonia's announcement followed the announcement by Outdoor Retailer and the Outdoor Industry Association that it was asking for bids for conventions beyond 2018. The group cited public lands issues as a reason. The trade show is a major financial contributor to Salt Lake City, pumping an estimated $25 million directly into the local economy each week it's here.

"If it was meant to intimidate legislative body and impose their politics upon a legislative branch, that doesn't work," Speaker Hughes told FOX 13.

He noted that the legislature allocates $2 million to the trade show. He said he was sticking up for San Juan County residents who oppose Bears Ears and defended them as being good stewards of the land.

"Without pause, we will move forward representing those that we do and pursuing good policy. Whether I wear a Patagonia jacket again doesn't matter to me," Speaker Hughes said.

Democrats in the legislature said they were not surprised to see Outdoor Retailer shopping around.

"Can you blame them?" said House Minority Whip Joel Briscoe. "Money talks. Maybe it will talk in this instance. We can hope they would listen to the outdoor retailers."