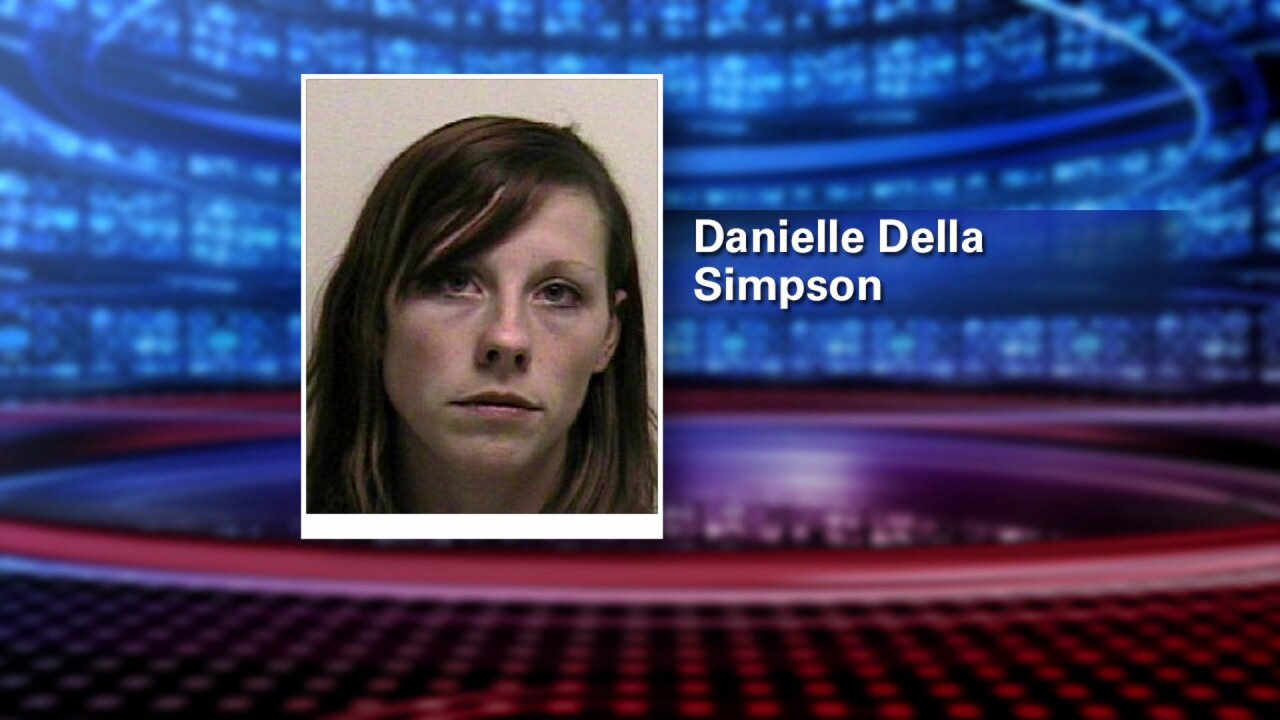 SPANISH FORK, Utah — A Utah mother was arrested Wednesday for charges that include DUI and child endangerment, and police say they found methamphetamine and used syringes inside the car within easy reach of the woman’s young daughters.

A sergeant with the Utah County Sheriff’s Office spotted a woman parked at the Dug Out convenience store at 866 South Main Street in Spanish Fork Wednesday around 8:20 a.m.

The sergeant noticed the car was in “bad condition” and had a California registration that expired nearly two years prior. Fifteen minutes later the sergeant came through the area again and saw the driver was still sitting in the same position, so he stopped to see if she needed help.

The sergeant spotted two small girls, ages 4 and 5, in the back seat of the vehicle. The driver, identified as 27-year-old Danielle Della Simpson, told the sergeant she was waiting for a friend and thought she was either in Draper or Cedar City.

“Simpson was also exhibiting behaviors that are consistent with drug use,” a press release stated.

After giving a field sobriety test, the sergeant arrested Simpson for DUI. He searched the vehicle and allegedly found several grams of methamphetamine along with drug paraphernalia that included used syringes. Police state the drugs and paraphernalia were easily accessible by Simpson’s daughters.

The Division of Child and Family Services took the girls into custody until Simpson’s parents were able to come from Brigham City and take them in.

Simpson was booked for two felony counts of child endangerment, DUI, possession of methamphetamine, and possession of drug paraphernalia.  She was also booked for two existing warrants for retail theft, one of which was a third-degree felony charge out of Box Elder County.