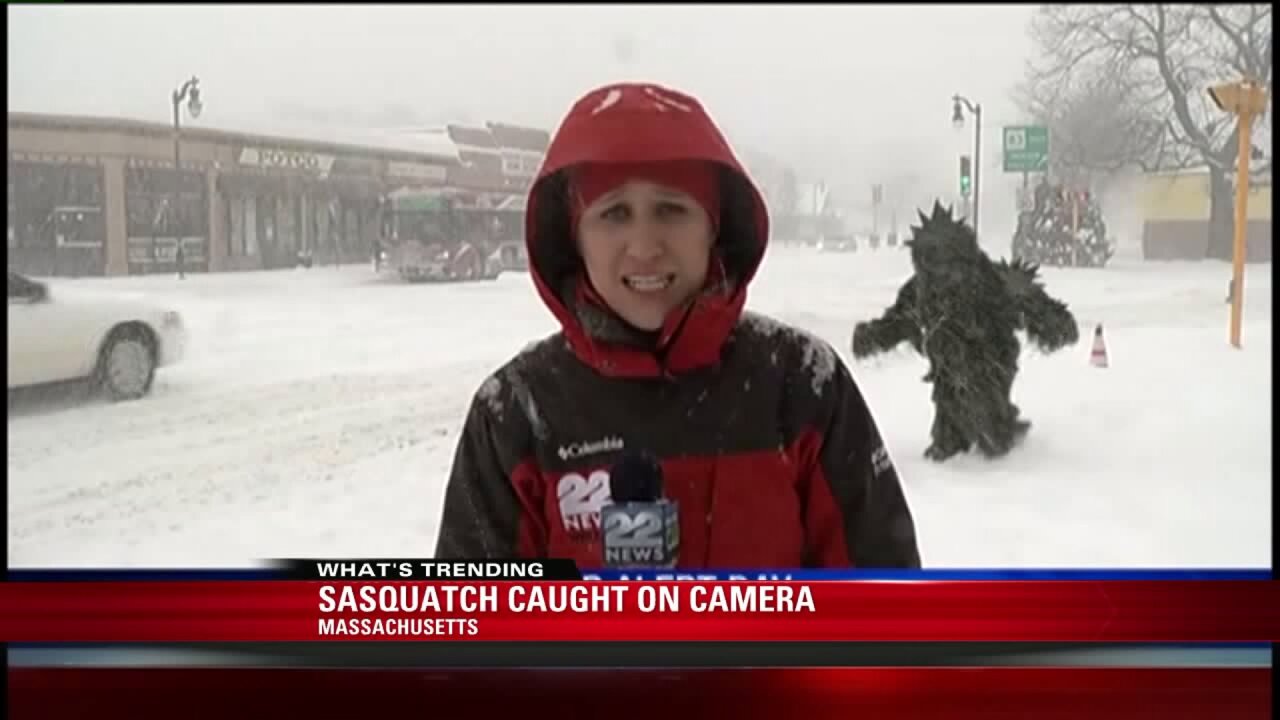 SPRINGFIELD, Mass. - It's official. We finally have video proof Sasquatch exists and there is no doubt it's the creature.

It's just not the evidence believers wanted.

A Massachusetts reporter was warning residents about a snowstorm when the mythical creature stumbled into the background of her live report, making the snow old news.

The beastly being appeared to be covered in marijuana leaves; no word yet on what that's about.