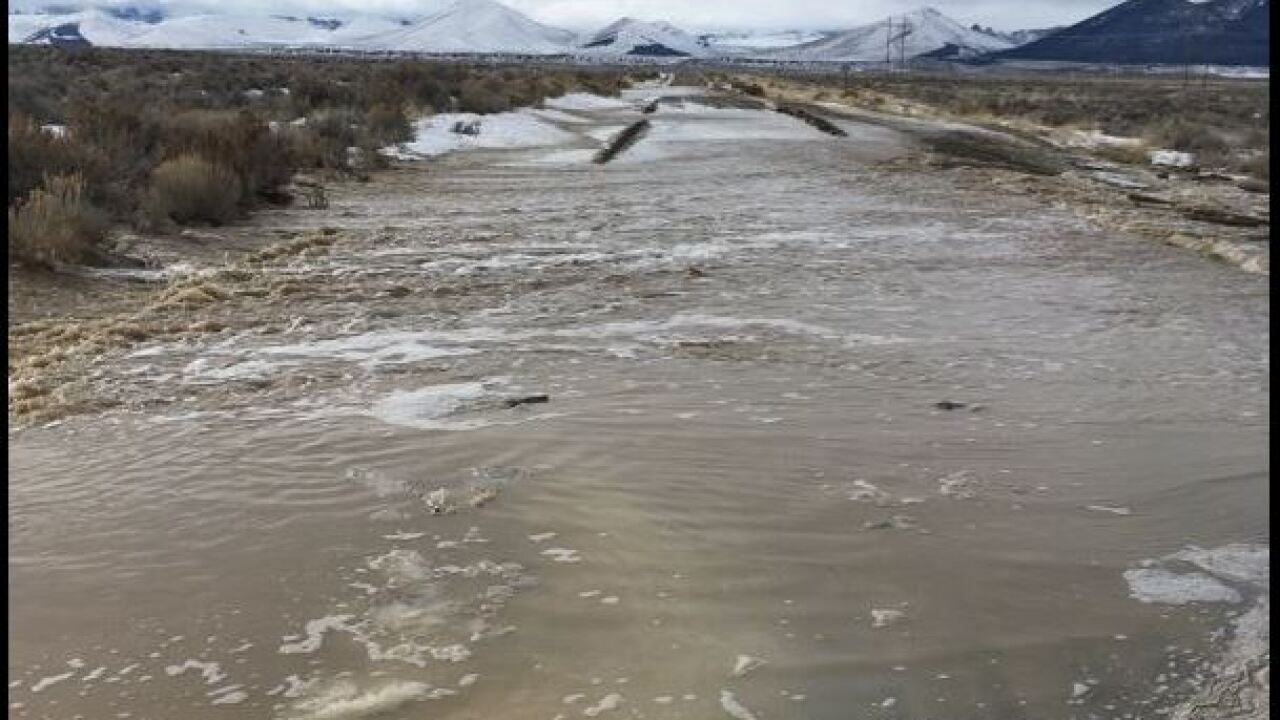 UPDATE: Logan City announced Saturday they are no longer asking residents to avoid using water entirely, but rather to limit their use by taking short showers and limiting loads of dishes and laundry. While limiting use is encouraged, there are no longer any formal restrictions in place as of Saturday evening.

The sewage system is still at 2-3 times its normal flows, which the city said is an improvement over Friday’s condition. The request to limit water use applies to all areas serviced by the system, which includes Smithfield, Hyde Park, Nibley, North Logan, Providence, River Heights and Utah State University.

NORTHERN UTAH — Roads were closed in northern Utah due to flooding Friday, and several cities are asking residents not to use their water because sewage systems have reached capacity.

Logan City tweeted shortly before 6 p.m., stating that the city’s sewage system is at capacity. Residents are being asked not to flush, do laundry, take showers or do dishes in the interim. This includes residents at Utah State University and those who live in Smithfield, Hyde Park, Nibley, North Logan, Providence and River Heights.

According to a press release from Cache County Friday, the following roads are closed or washed out:

Several other roads are not closed but are under “Extreme Caution Advisories”:

In Hyrum, the Bureau of Reclamation is monitoring the Hyrum Dam due to high reservoir flow and the high likelihood of increased water releases from the dam. Reclamation issued an emergency Action Plan Response Level I Friday, which is the least serious of three response levels.

“This action is a precautionary and responsible measure to ensure proper communication among response and management agencies, as well as appropriate monitoring during this high inflow event,” said Wayne Pullan, Reclamation’s Provo Area Office Manager. “There is no foreseeable threat at this time to public safety or property.”

Visit Cache County Sheriff’s Office on Facebook for updates on road closures and other advisories.

Pilot Mountain Road is impassable from south of Lucin.

The Auto Tour Loop near Bear River Migratory Bird Refuge is closed due to water issues. The refuge itself is also closed.

4400 West in Elwood City has experienced some sluffing on the road shoulder. The road is not compromised at this time but is being monitored.

Naf Road is open to high profile vehicles only, as water is crossing in several areas. Despite efforts to shore those areas up with rocks, the roads are still beginning to wash out.

There are reports of water running over 25600 North in Snowville.

Cutler Dam has increased their release of water, and the flow is currently at 6,500 cubic feet per second. That flow could peak at 9000 CFS by Sunday.

Visit Box Elder County Sheriff’s Office on Facebook for updates on road closures and other advisories.

There were also homes flooded in Garden City after a canal breach.