BYU senior deserves ‘Bridesmaid Of The Year’ award for this…

SUNDANCE, Utah - This Brigham Young University senior, Janessa James, is the bridesmaid of the year.

She said she has been in about 12 weddings and what she did for her friend in the latest one is her crowning achievement... we think.

This picture of James shows her sacrificing her body for her friend Amy's bridal photos.

BYU senior Janessa James is the bridesmaid of the year.

James said her friend really wanted that windswept look in the pictures so the photographer gave her direction and she committed.

She said the photographer told her she would edit her dive out of the photos later and yet this hilarious snap still made it online and we are so glad it did.

"This is how I am currently feeling about Wedding and engagement season coming up... {Yes, this is an actual photo of me (extremely single) helping my best friend with her bridals. The photographer asked me to throw her train up and then dive out of the shot, and so I did. Very theatrically.}"

She has given just as much of herself when other friends tied the knot. 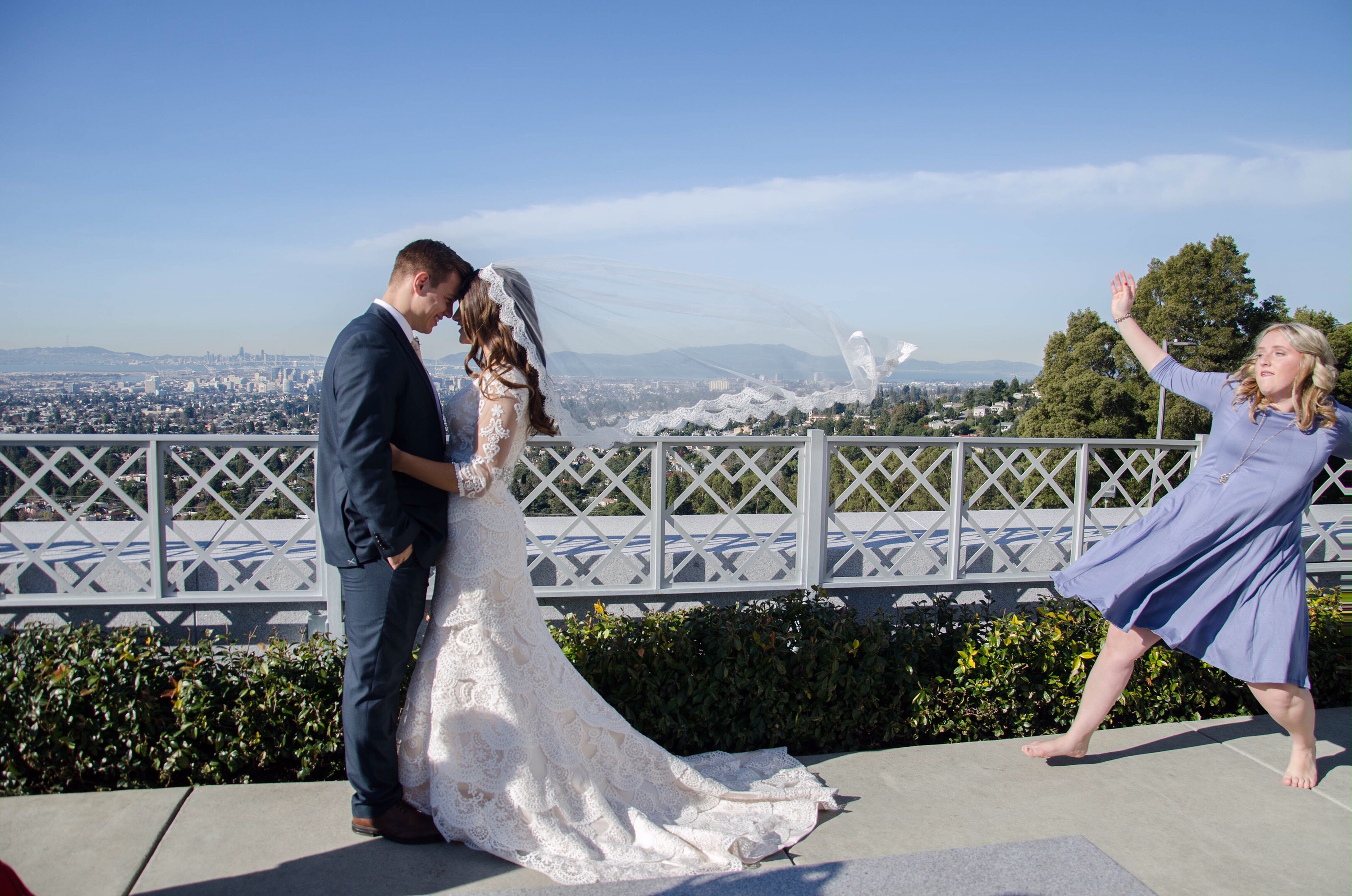