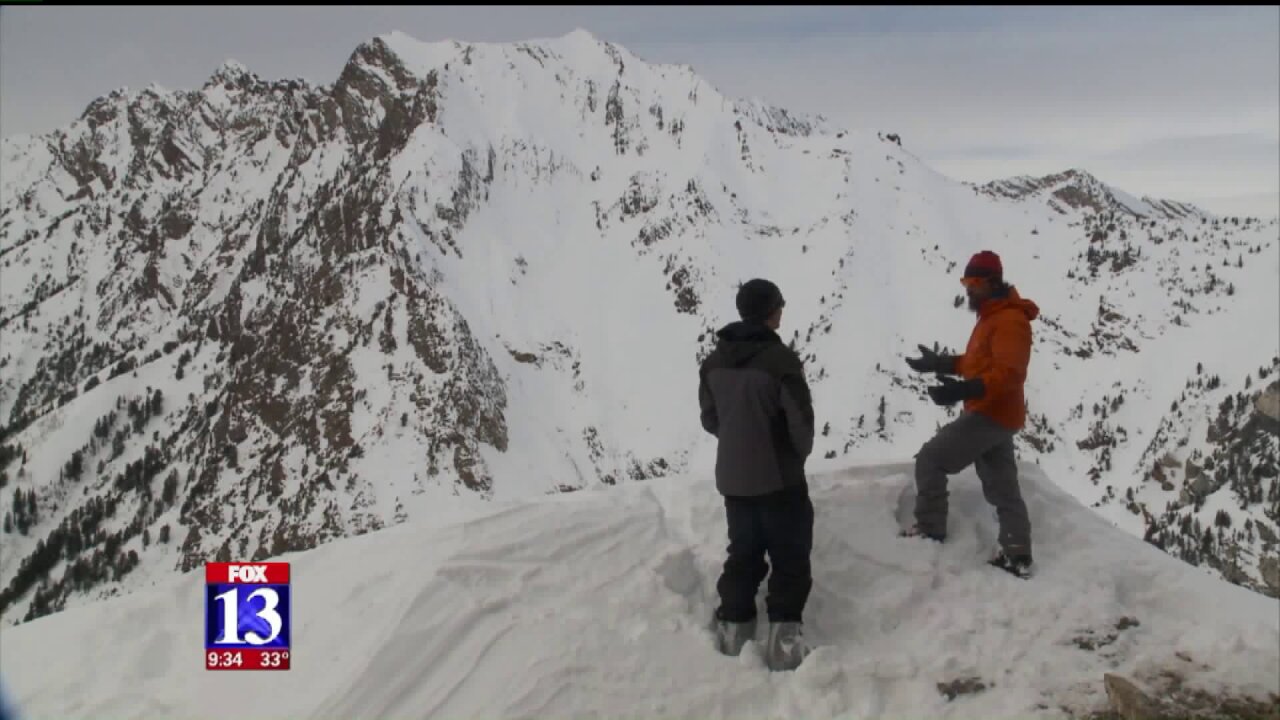 LITTLE COTTONWOOD CANYON, Utah -- Little Cottonwood Canyon uses the same technology to prevent avalanches as it did seventy years ago.

“It’s a M1A1O1 Howitzer and it’s loaned to us by the U.S. Army,” said Nalli standing beside the gun mounted near the top of a crest between Alta and Snowbird.

UDOT employs sixty artillery gunners across the state.  In Little Cottonwood Canyon alone, they have 116 targets.

Rounds can be fired up to seven miles in any weather.  Each round can throw shrapnel up to 1000 meters.  Road closed signs, trail closures, law enforcement patrols and technology all contribute to making sure no backcountry skiers have entered the firing range.  UDOT recently started using thermal imaging binoculars to look for what they call ‘dawn patrollers’, early morning backcountry skiers.

The first few rounds of heavy artillery are often used to test the snowpack and measure the potential size of avalanches generated by the conditions.

“Avalanches happen above the road all the time but when they get big enough to hit the road, that’s when we have to make sure were closing it down or already closed down,” said Matt McKee, UDOT’s Avalanche Supervisor for Little Cottonwood Canyon.

Using infrasonic technology, sensors listen for the sound wave pushed ahead of an avalanche, determining its position and size in real time.  Heavy artillery remains the primary way for avalanche controllers to trigger a slide, but there is an effort to move away from the potentially dangerous practice.

Gazex and Obell’X are both different kinds of remote avalanche control systems being used in Little Cottonwood Canyon.  Both mix propane and oxygen, shooting it across the snow in an avalanche trigger zone and igniting with a spark.  Gazex is fixed at various places.  UDOT is working to install them in critical areas that currently require them to fire artillery over the top of buildings.

Obell’X looks like a giant egg, about eight feet tall.  It is lifted to a tower on the peaks by a helicopter and controlled remotely through a computer.

“It has about 25 blasts and then a helicopter has to go grab it, bring it back down to refill it,” said McKee.

Every blast, whether it’s a remote avalanche control device or from heavy artillery, seeks to do the same thing.

“Our goal with our program is to shoot often and frequently to make smaller avalanches so we don’t get the really large destructive avalanches,” said Nalli.