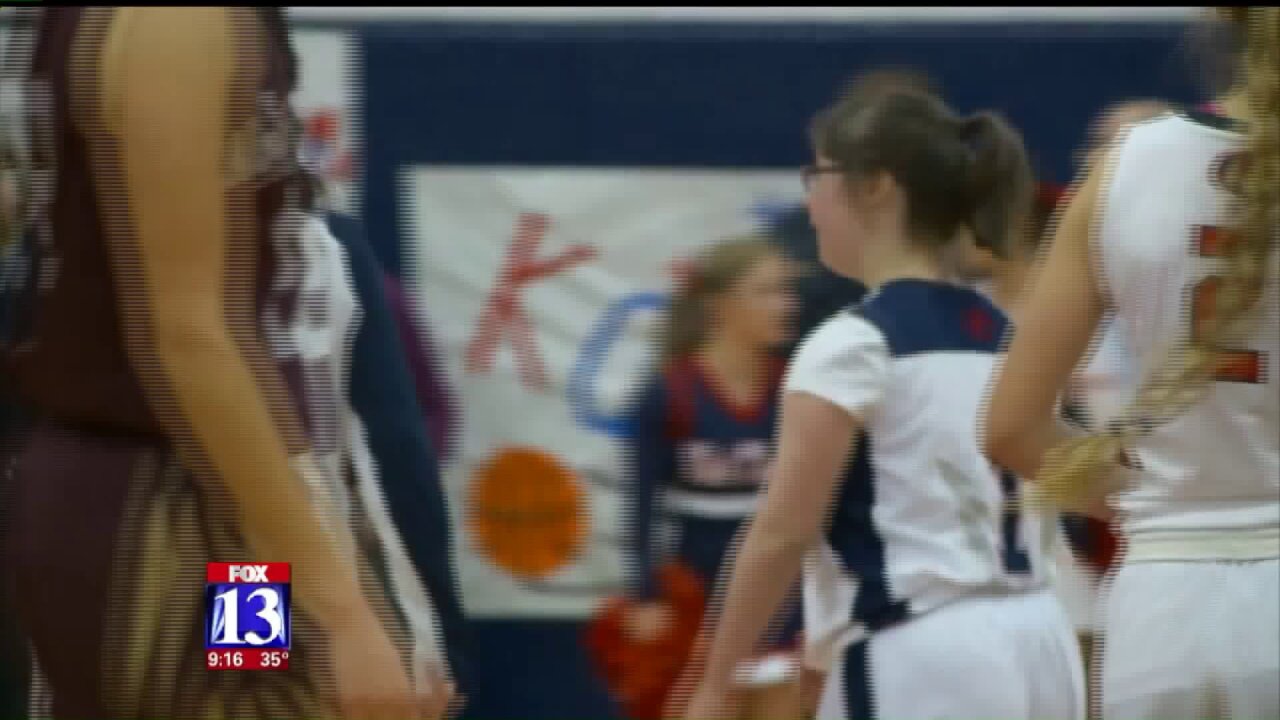 SPRINGVILLE, Utah -- It was senior night, last home game of the season and the team was up against their rivals with the help of their manager Tuesday night.

The Springville Girls Basketball Team took home the Regional Championship with the help of their basketball manager, Taylee Smith, who has Down Syndrome.

For two years Taylee sat on the bench supporting the Springville Girls Basketball Team as their manager and that changed for the first time.

After practice and agreement from both teams, Taylee was allowed to play.

“For me it was really emotional. It was a really cool experience to watch,” said Camie Oakey, the team’s head coach.

With cheers flooding the gym, Taylee took to the court alongside her fellow teammates.

“Seeing her be able to, sorry, to be able to join us out on the court and be able to be part of the team, she's wanted that for so long,” said Mary Fredrickson, Taylee’s teammate.

The ball was passed to Taylee and the crowd cheered her name.

“To watch her succeed like that and the excitement on her face it made my night, it made my season.” Oakey said. “It's so much more than basketball it's about the girl at that point.”

According to Taylee, it's a moment she will never forget.

“I love my basketball game because it makes me win,” Taylee said.

The team was ahead by so much they sent Taylee in again.

“Taylee was actually the one who said, 'Coach, can we do it again?' She wanted so bad to go in we couldn't pass it up,” Oakey said.

Taylee and her team's next stop is the State Championships.