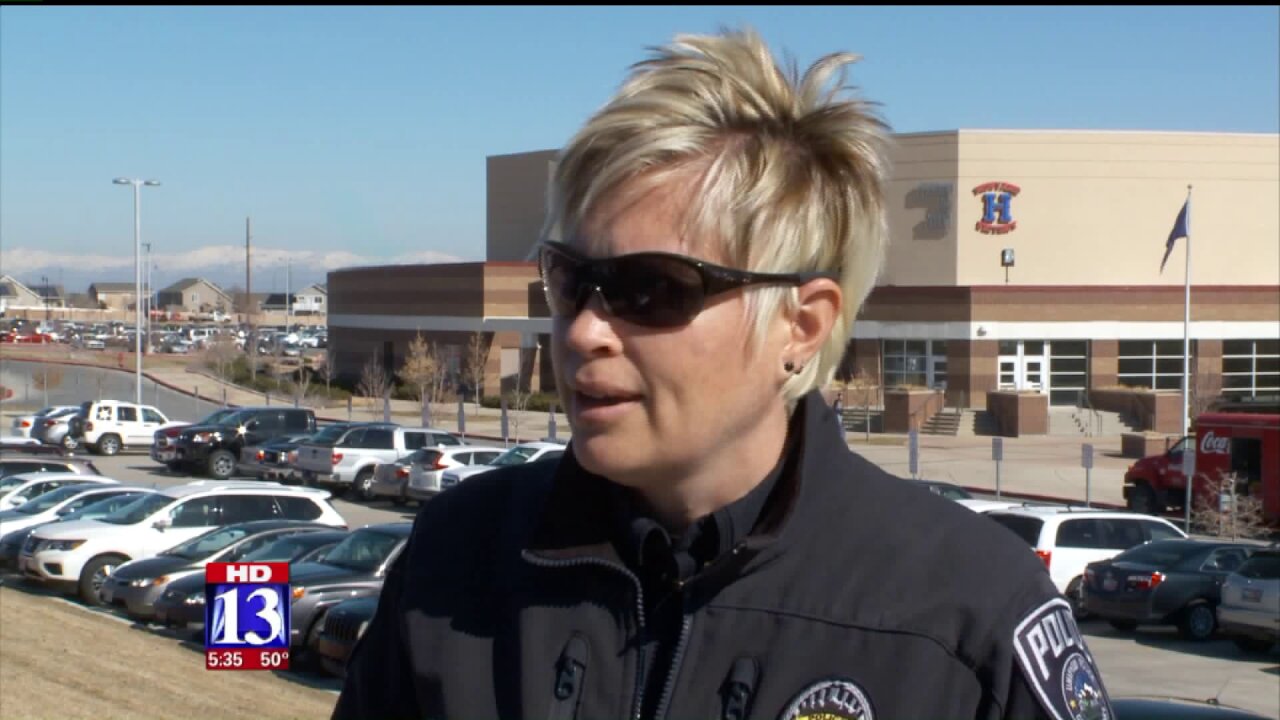 It happened around 8:45 a.m. Students at Herriman High were in the middle of first period when they got an announcement on the intercom that the school was on lockdown and it was not a drill.

Max Smith has been through drills before, but today’s event felt like the real thing.

“Our teacher locked the door and put a cover over the door window," he said.

The senior says they remained in class for about 45 minutes waiting for word.

“All of us were kinda nervous," Smith said. "Everyone was on social media trying to see if it was real or not."

Smith texted his sister to let her know what was going on. She was in a panic.

“A lot of parents are concerned," Smith said. "I know a lot of parents were actually texting their kids that were in my class, asking if they were OK and what was happening.”

Unbeknownst to students, teachers, and parents, the lockdown was actually an active shooter drill.

“This was a multi-school lockdown as we have three schools within close proximity,” said Detective Cynthia Archuleta, Herriman High School Resource Officer.

Archuleta says they sent out e-mails, text messages, phone messages and Twitter alerts to parents shortly after the drill was in progress.

They wanted the element of surprise to make the drill more effective.

“We don't typically give advanced warnings," Archuleta said. "The reason behind that is we can't properly train on how to address a situation if we rehearse everything."

With the recent lockdowns of neighboring schools, police feel the urgency to arm students and faculty with the tools to respond appropriately in any type of emergency.

By holding an unannounced drill, they get a more realistic response from students.

“I think it was better because everyone took it more serious,” Smith said.

“We were able to learn things not only as police officers and first responders, but also as administrators and faculty through the school on some things that we need to work on, what we can do better,” Archuleta said.

All school districts are mandated to conduct various trainings throughout the school year to teach faculty how to respond in different emergencies.