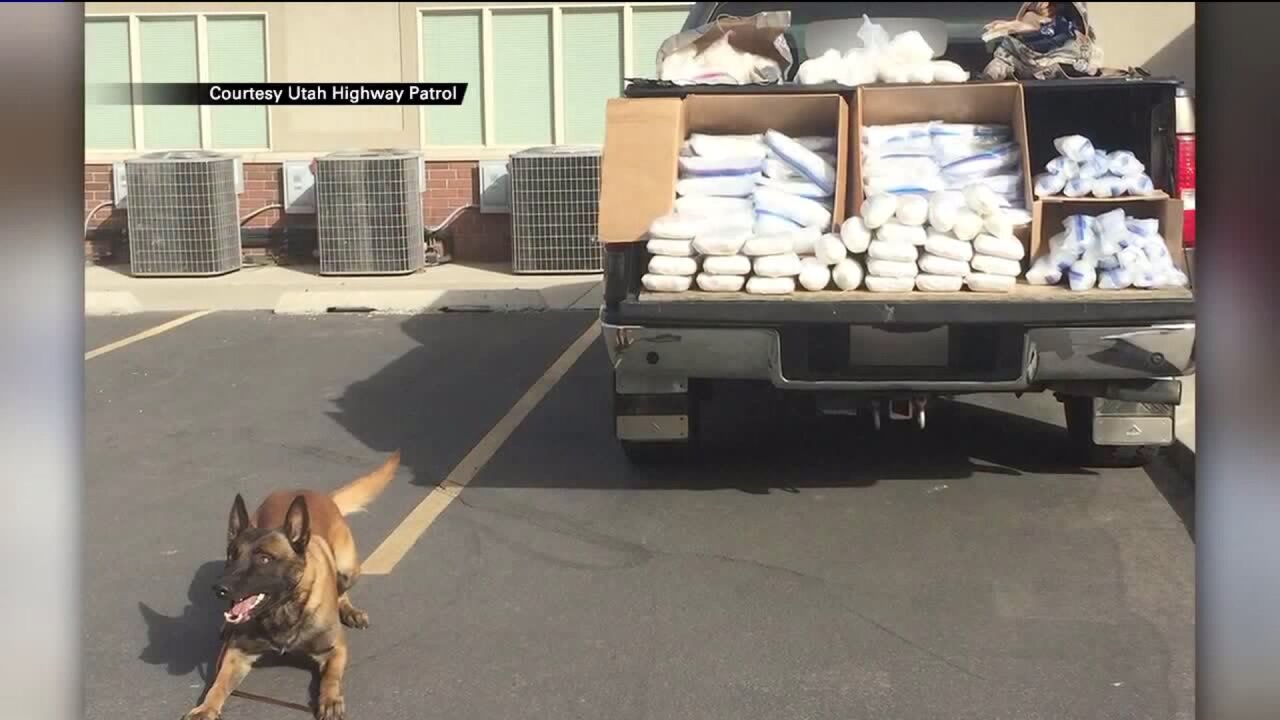 SALT LAKE CITY -- Utah Highway Patrol is reporting a concerning spike in drug seizures in just the first six weeks of the year.

In the last two weeks, troopers seized 110 pounds of methamphetamine, 75 pounds of marijuana, two pounds of hash, five pounds of heroin, 79 grams of prescription drugs and a handgun.

Troopers said drug traffickers are being more careless than they have seen before.

"Traditionally they make it tougher for us to find the meth," said Lt. Jared Garcia of UHP. "They used to put it into a spare tire, or the fuel tank, not—it's just in the backseat or luggage in the trunk."

While unusual, the shift in behavior makes it easier for troopers to find illegal drugs. They said their intelligence analysts think financial reasons may explain the lack of sophistication in recent smuggling attempts.

"Initially, we found it to be very weird, but as we've started to investigate further we've found the prices of those narcotics have gone down," Garcia said. "Whereas five years ago we have found people were paying $10,000, $12,000 for a pound of meth, and now they are paying $1,500 to $2,000. The risk of losing those narcotics to law enforcement is lessened."

UHP Sgt. Steve Salas said the recent seizures are well above par for their department.

"It is alarming because in 2016 we probably seized over 500 pounds of methamphetamine for the entire year, and so here we are here only two months into the year and we are already over 100 pounds."

Troopers also said as the demand for meth has increased across the country, the Mexican drug cartels are funneling bigger quantities out and eventually through and into Utah. They said I-80, I-15 and I-70 are the most trafficked routes.