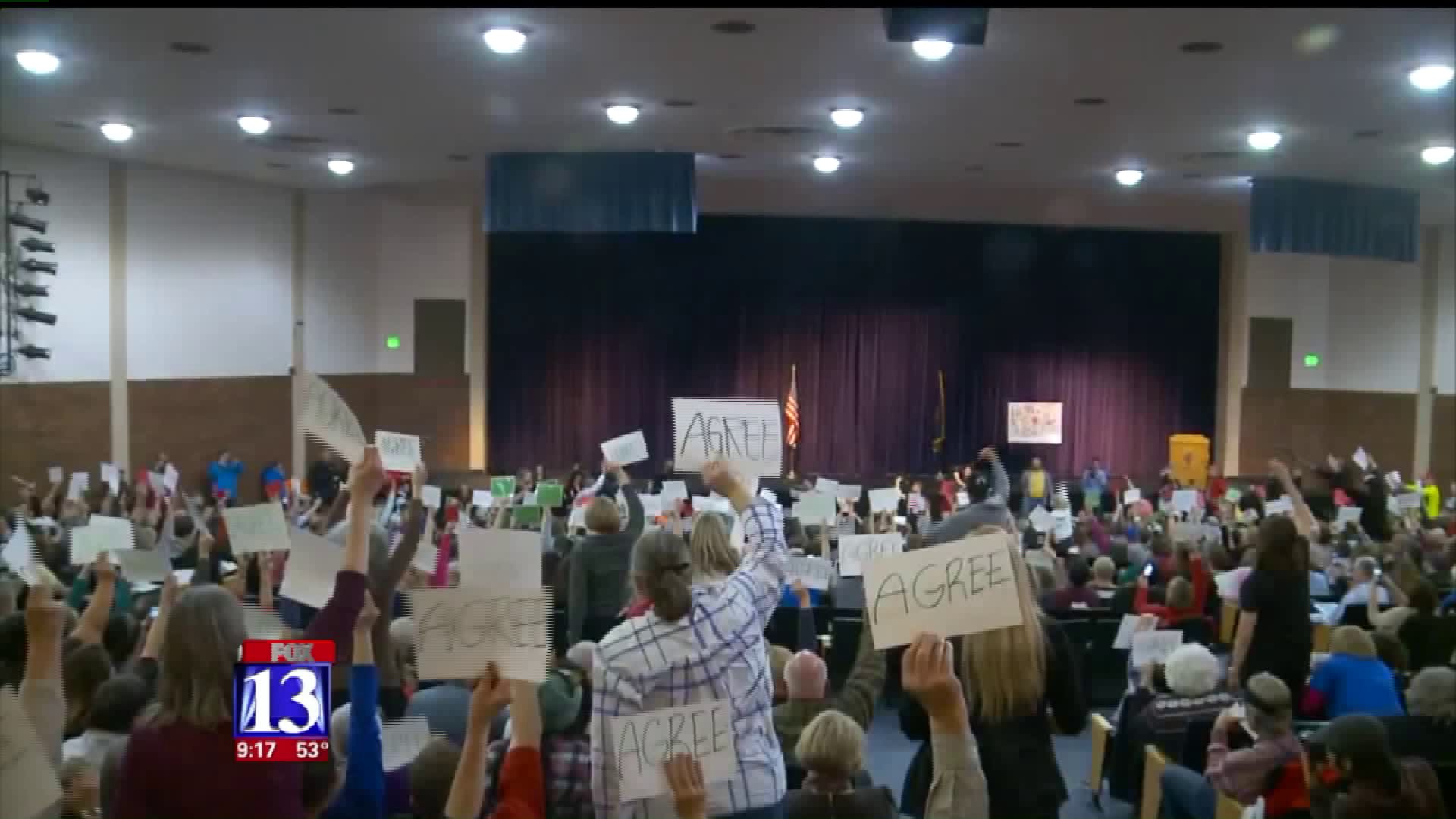 Utah Democrats responded to the move 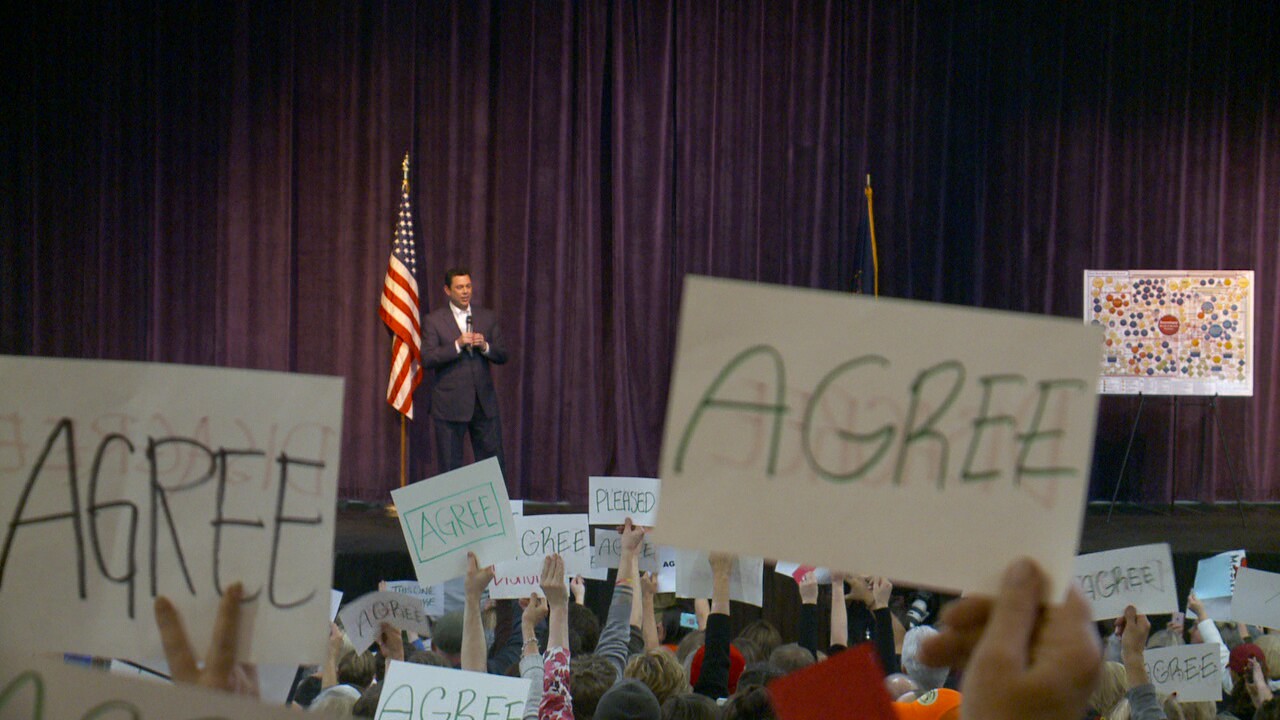 In a statement and subsequent news conference at the Capitol, the Utah GOP said the request is a result of the actions of a group called "Indivisible Utah". It included a list of actions they say the group has carried out, "in league with Obama's Organizing for Action and the Utah Democratic Party." That list is reproduced below:

• Surrounded a car at a recent Chaffetz event to prevent Congressman Chaffetz from leaving.
• Several people were arrested or detained for being disorderly at Chaffetz event.
• Hijacked Chaffetz Town Hall and denied members of his Congressional District from engaging their Congressman.
• Posted Congresswoman Mia Love’s home address on Facebook to intimidate her (she has three young children).
• In California, an Indivisible affiliate (Indivisible OC) knocked a 71-year-old staffer for Congressman Dana Rohrabacher unconscious.

The Utah GOP calls the groups an "organized mob" and claims they displayed "hostile, violent, and deliberately disruptive behavior" that unfairly hijacks town hall meetings to prevent reasonable discourse. The party said in light of the "clear demonstration of violence", they recommend Congressional members who can't provide adequate security at such events consider tele-town halls or smaller, more focused events.

In a Facebook Live response, Utah Indivisible organizers rejected the claims made by the Utah Republican Party.

Utah Indivisible refuted the claims made by the GOP and said it would continue to exercise its First Amendment rights and urge people to continue to contact their congressional representatives and be engaged in the political process.

In a subsequent statement to FOX 13, the group countered the Utah GOP's claims.

About 2,000 people showed up to a town hall with Congressman Jason Chaffetz, a Republican representing Utah's Third District, earlier this month, and many in the crowd booed the Congressman while others protested outside.

The crowd chanted "do your job" at Chaffetz, referencing his role on the House Oversight Committee and encouraging him to investigate President Donald Trump.

Police said one person was arrested at that event, and at one point police said several protesters with masks and firearms tried to incite the crowd outside to rush at police.

Chaffetz said after the event he believes the large turn-out was a "paid attempt to bully" him, which is a claim numerous constituents who tried to attend the event refuted.

The Utah GOP claims these tactics are being carried out in coordination with the Utah Democratic Party.

Lauren Littlefield, Executive Director of the Utah Democratic Party, issued a statement in reaction, writing: "The Utah Democratic Party doesn’t condone all of the behavior displayed at Congressman Chaffetz’s recent town hall meeting, but the accusation that Utah Democrats organized an angry mob is ludicrous and and 'alternative fact.' We are not currently working with Utah Indivisible though we do appreciate the immense grassroots organization that has sprung up since the Nov. 8 Election."