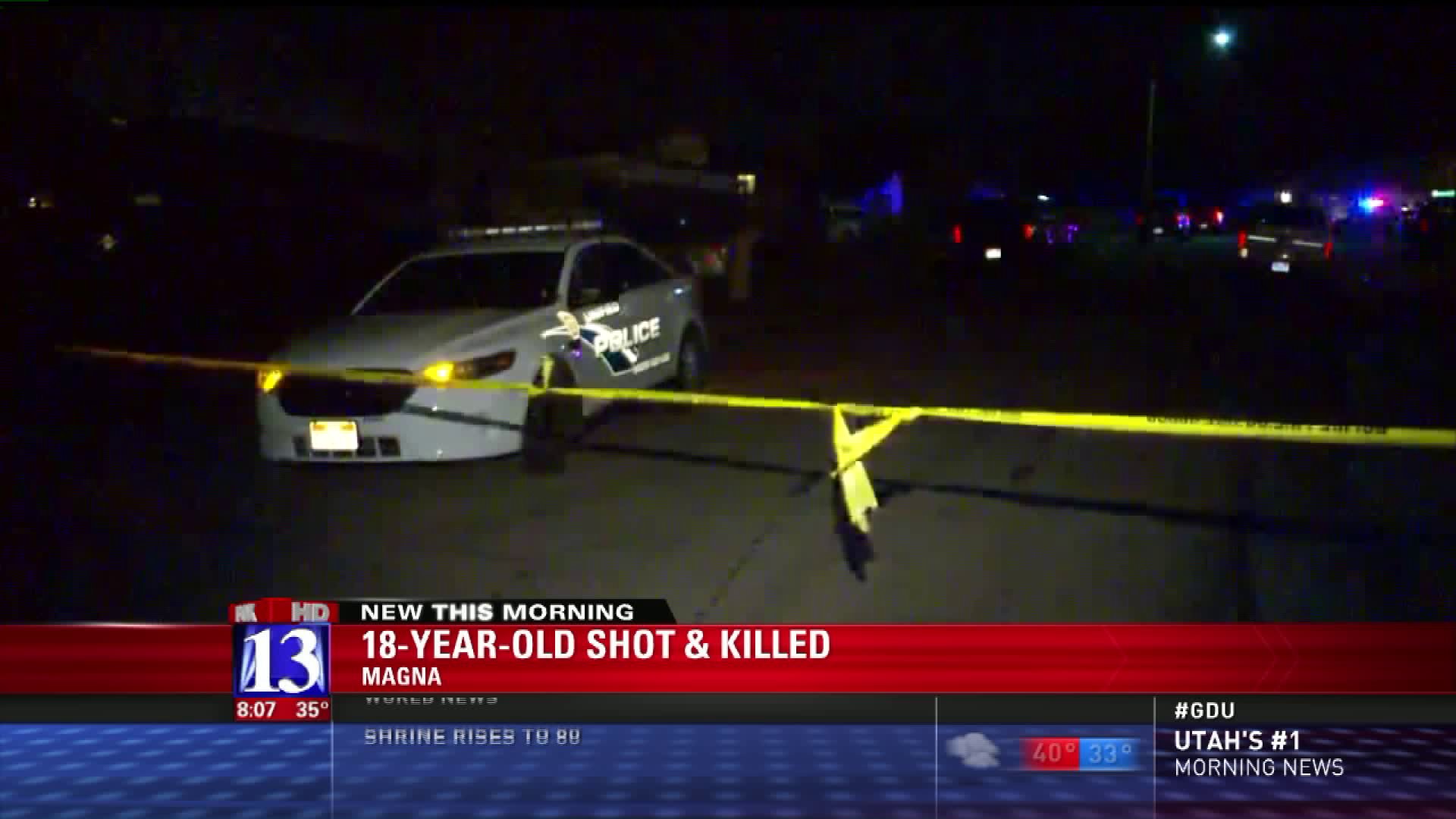 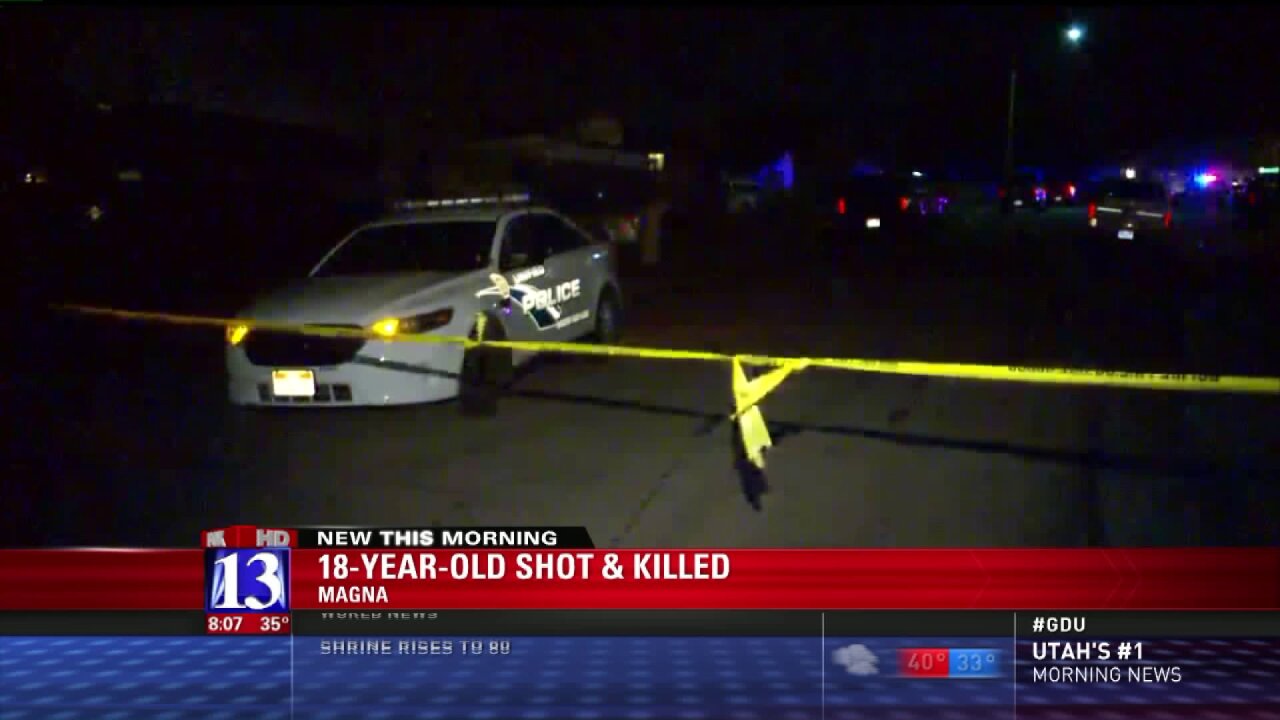 MAGNA, Utah - An 18-year-old man is dead after he was shot in Magna overnight.

Officers found the man who was shot multiple times on the floor inside a home.

Eight people were in the home during the shooting, according to police.

Authorities rushed him to the hospital where he died.

Investigators said they are searching for two people who left the house after the shooting.

However, authorities have not released a description of suspects.

Police said they don't believe the public is at risk.

Officials said there is no evidence to suggest this is gang-related at this time.