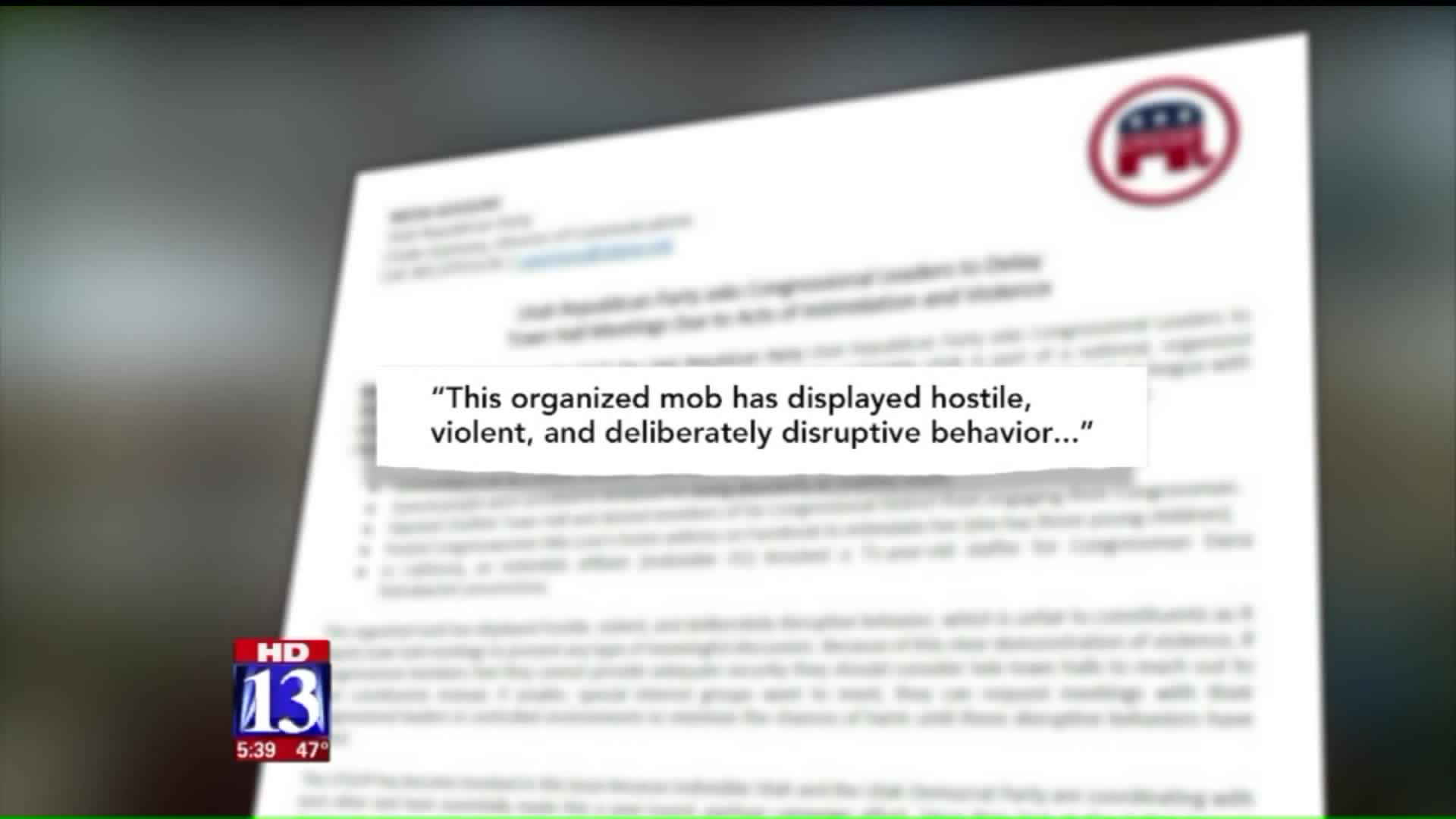 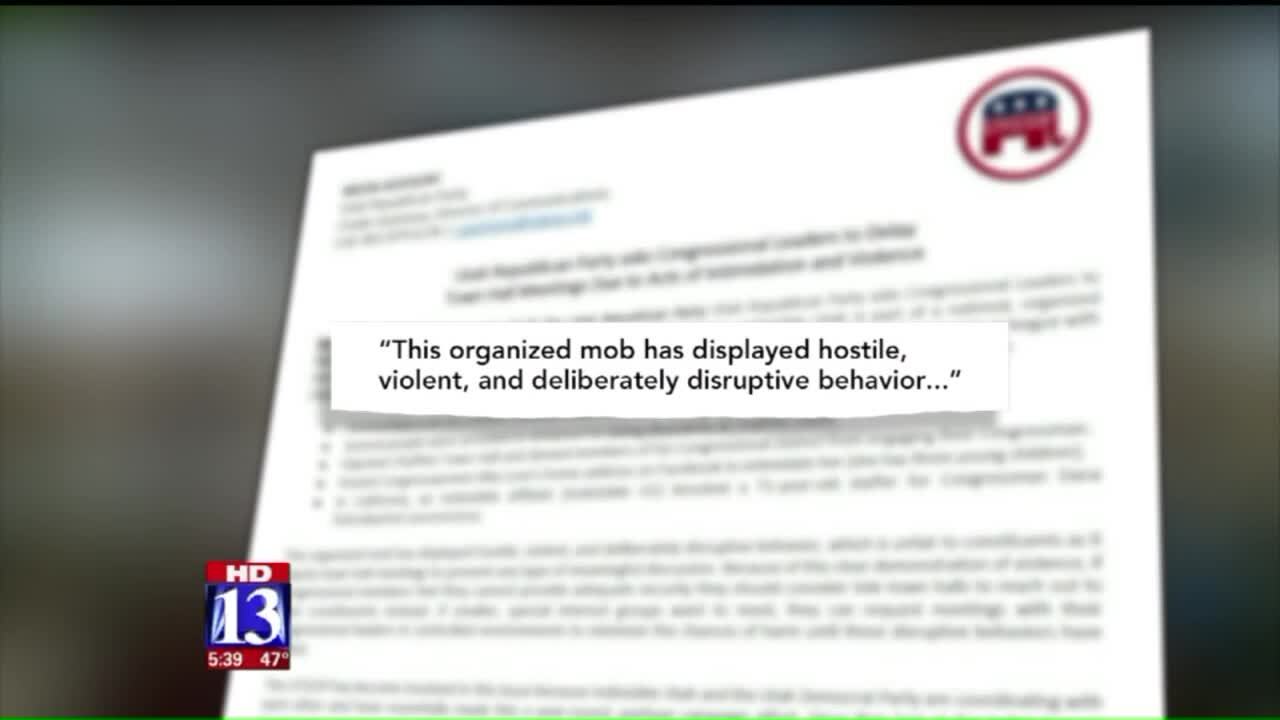 SALT LAKE CITY -- When the Utah Republican Party sent out a media advisory saying they were part of an "angry, leftist mob," two Utah women took to Facebook live to refute that claim.

"We're just people from Utah. We have full time jobs, we have families. We get together on our own time with our own funds," said Madelina McNeil, organizer of Utahns Speak Out.

McNeil sat alongside Kellie Henderson, organizer of Utah Indivisible, both reading from the media advisory recommending that Utah's Congressional Delegation, all Republican, abstain from town halls because of the "hostile, violent, and deliberately disruptive behavior," displayed by the crowds gathered in and outside of Brighton High School when Jason Chaffetz held a town hall on February 9.

"In this letter our groups are described as leftist mobs, and they're groups of concerned citizens," McNeil said.

Utah Republican Chair James Evans stands by the wording of his letter.

"They used intimidation, they've used aggressive acts, and from the reports we've got some define those as violent," Evans said, arguing that verbal intimidation can be considered violent.