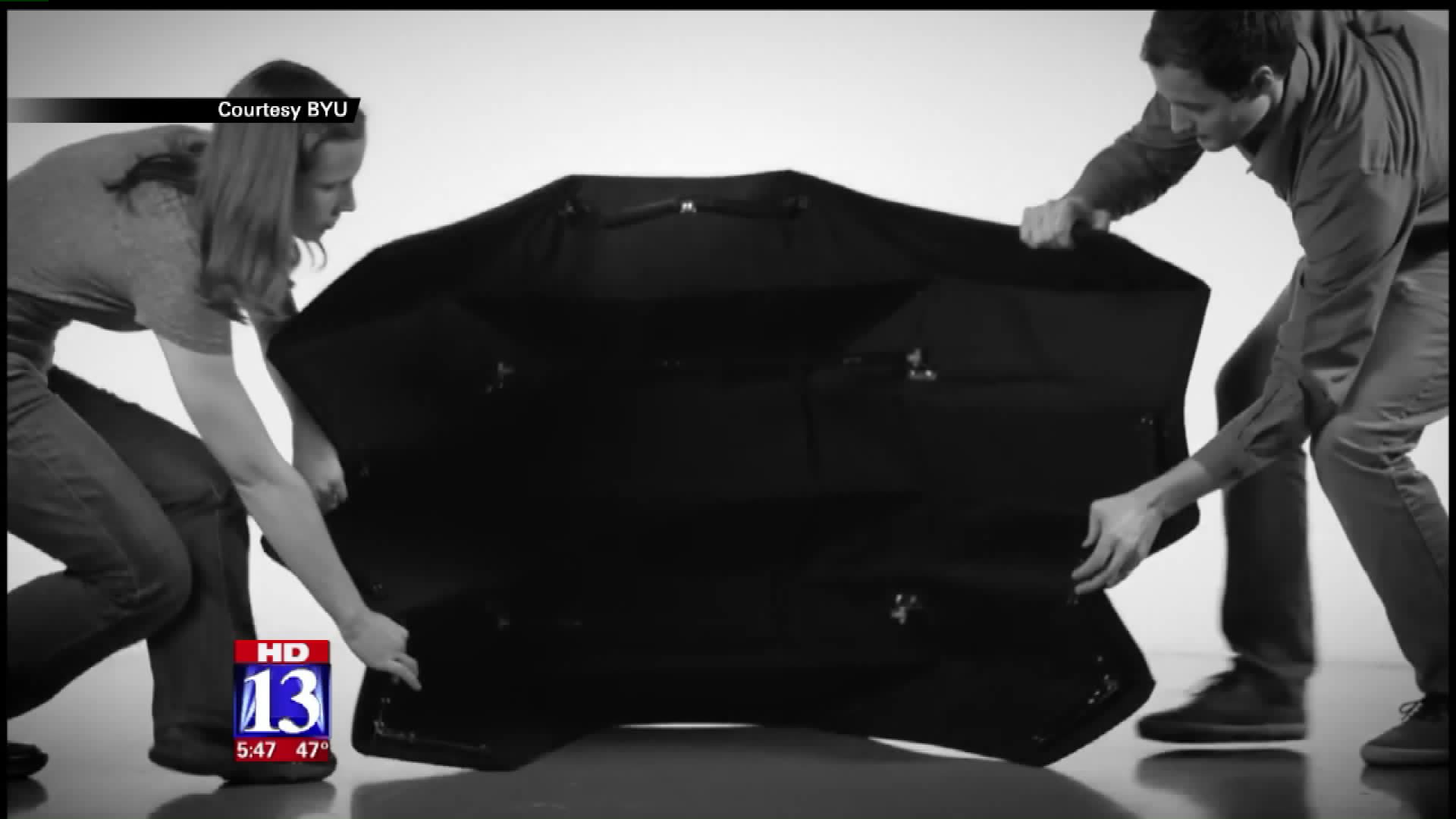 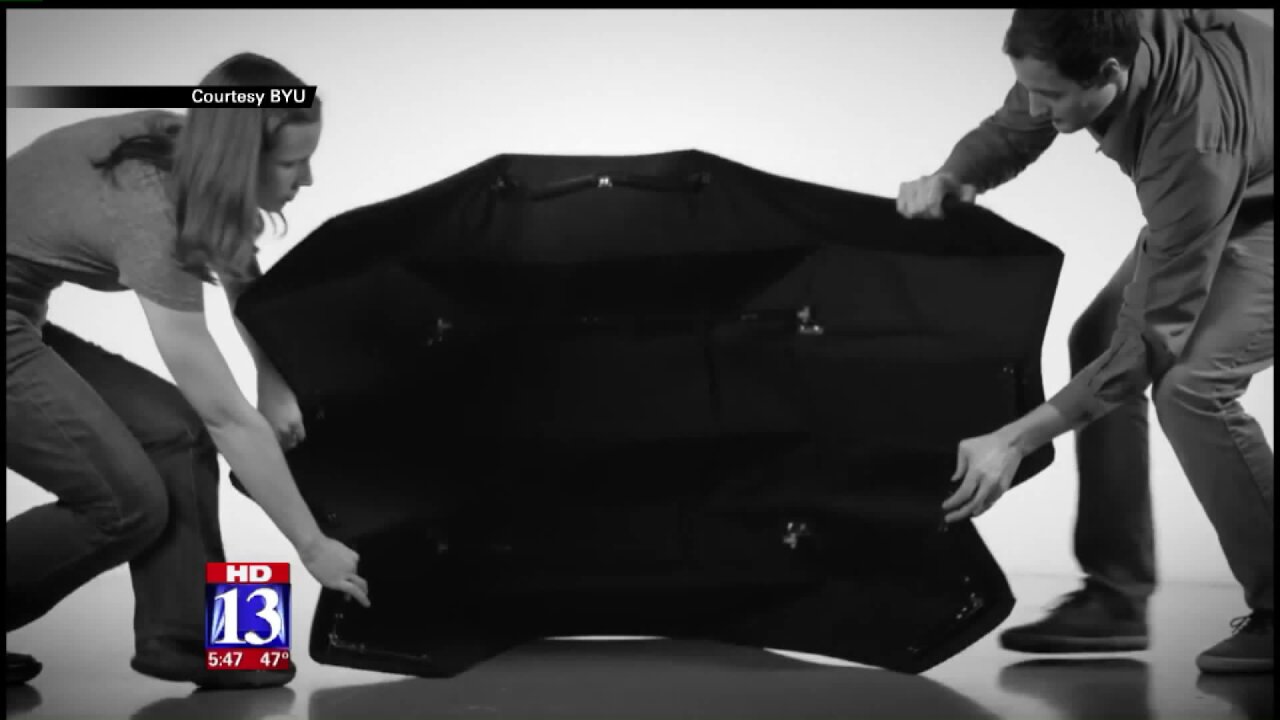 PROVO, Utah - A team at Brigham Young University is developing a lightweight, compact bullet-proof shield that also folds up in an origami-inspired design.

The team's intent was to protect police and first responders during a hostage situation. Now, the success of this shield is being celebrated, and not just by the BYU engineering students and professors who helped design it.

“You don't think of engineers as super heroes, right? Someone who is saving lives, but that's what we're doing,” said Terri Bateman a professor of mechanical engineering at BYU.

Terri Bateman is one of many BYU professors working with students on the bullet-proof shield.

“What we really like about this shape is that is has this curvature so that it goes all the way around the person, not just the front, and that's something that traditional barriers have, or shields--they're just kind of flat,” Bateman said.

Current shields are flat and weigh about 90 pounds. The goal here was to make one weighing 50 pounds that could protect more than one person.

“Another application can actually be in schools where it's stored in a classroom, it takes up very little space, and if there’s an active shooter situation it can be deployed to protect the children,” said Larry L. Howell, a professor of mechanical engineering at BYU.

Kyler Tolman is pursuing a master's degree in engineering at BYU and is among those involved in the project.

“So this is the first prototype that we constructed over the summer, it's made out of fiberglass panels and cloth,” he said.

Tolman and the other students have worked on the project for the last eight months.

“Working on this project, it's really opened my eyes to see that, you know, I can be involved in projects that can make a big impact in people's lives," Tolman said.

The shield features 12 layers of Kevlar with aluminum panels in the middle to give it shape and help it stand up on its own.

“So when we shot it we had a little concern about what was going to happen when it absorbed the impact of the bullet, and it held up fine,” said David Morgan, an industrial design professor at BYU.

Howell said they were thrilled with the results of their tests.

“And then to see it shot even with a 44 magnum, which is a very powerful handgun, and to see it withstand that, it’s just: Yes! It worked!” Howell said.

It stopped the bullets of a 9 millimeter, a 357 magnum and a 44 magnum handgun.

“We've had both some federal officers and some local law enforcement officers look at this, and they were really happy,” Bateman said.

While students continue to work on enhancements, the school is working with investors so these shields can be manufactured.

“We're not sure on how long it will really take, but it would be fun to see that happen,” Bateman said.