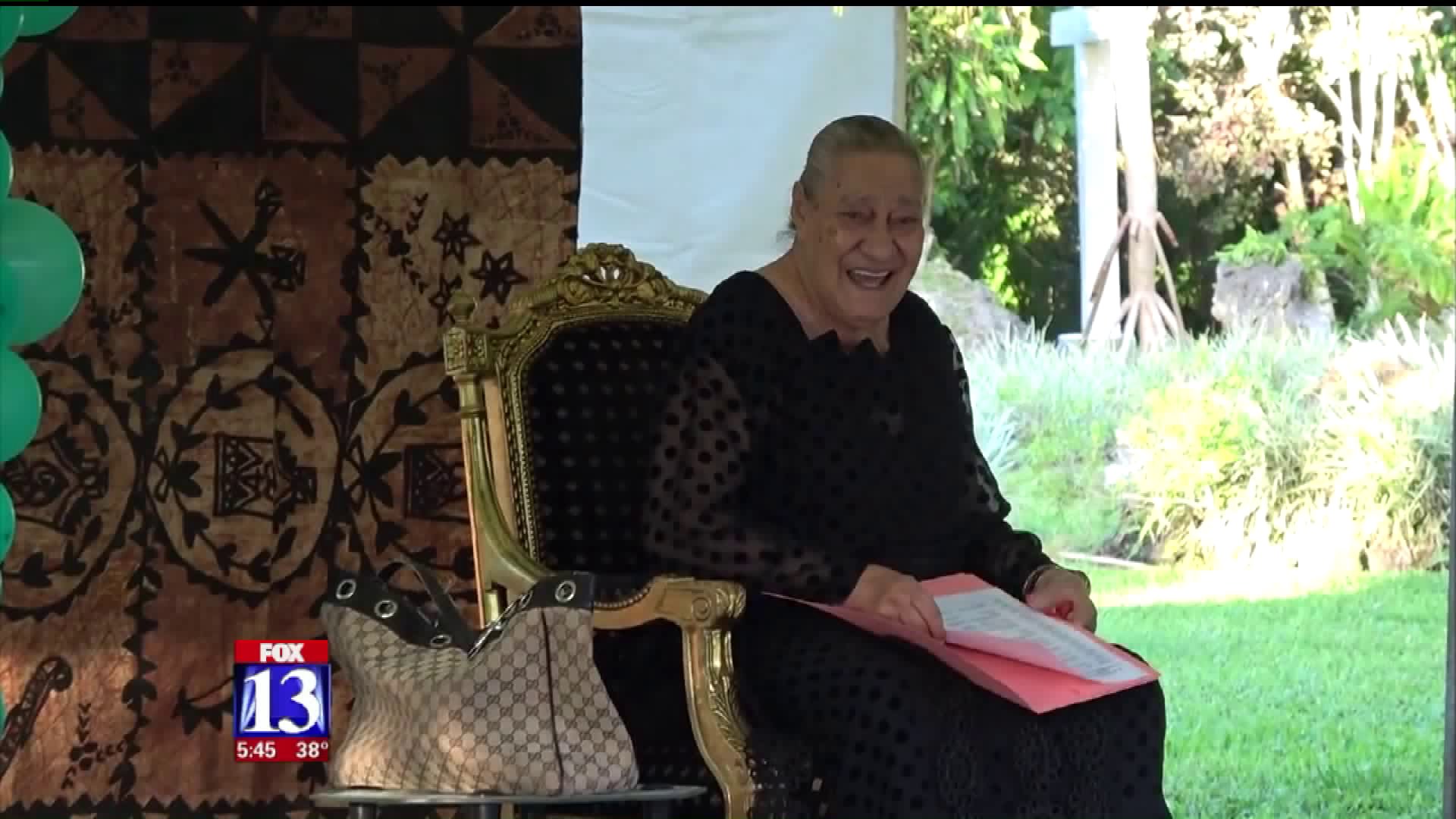 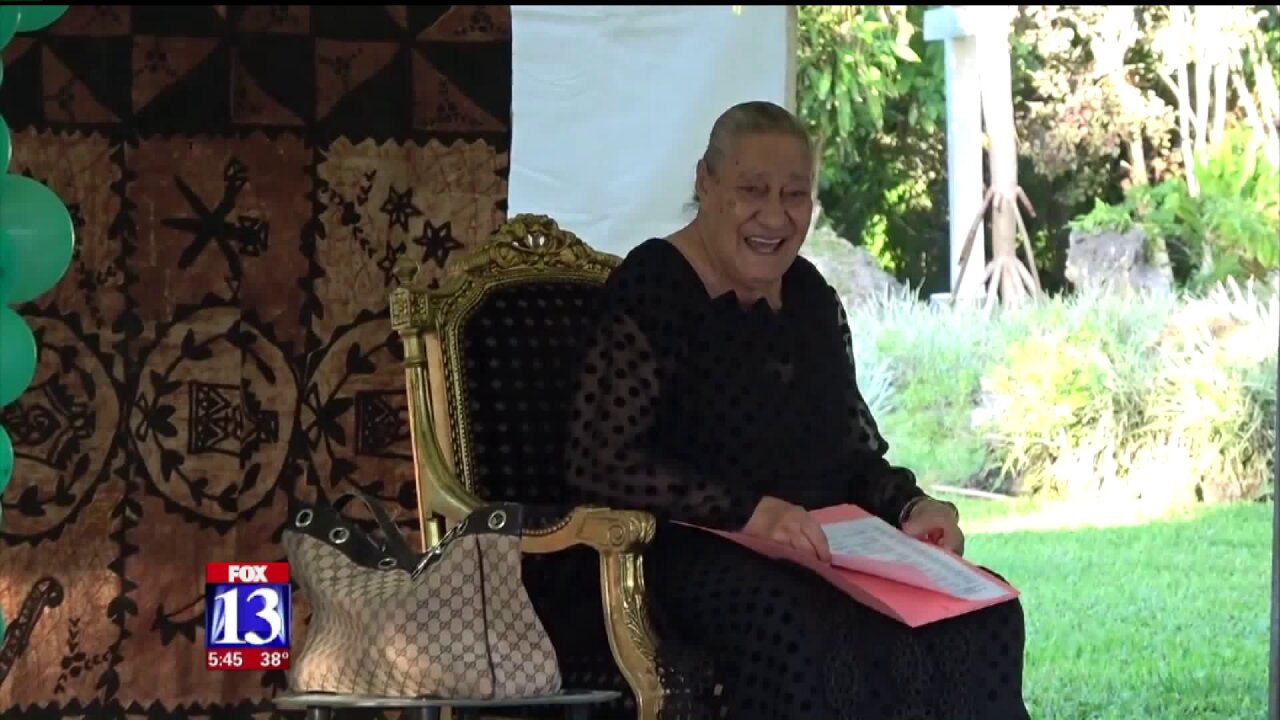 SALT LAKE CITY – The Tongan community in Utah is mourning the passing of their Queen Mother, Halaevalu Mata’aho. She passed away at the age of 90 on Sunday in a New Zealand hospital.

Mata’aho celebrated her 90th birthday last June, a joyous occasion honoring a beloved mother of the Royal Family. She was the mother of two kings; George Tupou V and King Tupou VI.

She was well-known for her tireless work helping the elderly and those with disabilities. Her love for her Tongan people took her all over the world.

She visited Utah several times. In 2011, she attended the dedication of the Tongan United Methodist Church in West Valley City.

The Lavulo family, descendants of the Queen Mother, gathered Wednesday to remember her.

"She's an instrumental part to a lot of these families in the Tongan community,” said Maryann Tukuafu.

The Lavulo’s received an email from their family in Tonga about her death.

“Right now in Tonga, villages are gathering together with monetary donations, fine mats and gifts of different sorts, to pay their respects to the royal family,” Tukuafu said.

Thousands of miles away in Salt Lake City, the Lavulo family will carry on that custom. While they won’t be able to pay their respects in person, they will collect money and gifts to send to the Queen Mother’s family. It’s a small payment for the doors she opened for them as they embarked on a new life in America.

“This is her work,” said Malaki Lavako, a descendant of Mata’aho. “I know that she passed away, but her legacy will live on. We are very grateful and we`ll be forever in debt.”

The elders hope the younger generation can learn from her example and continue her legacy.

“We were just happy to have the opportunity to meet with her and spend some time with her. It was great,” Tukuafu said.

The Queen Mother will be laid to rest in Tonga on March 1.