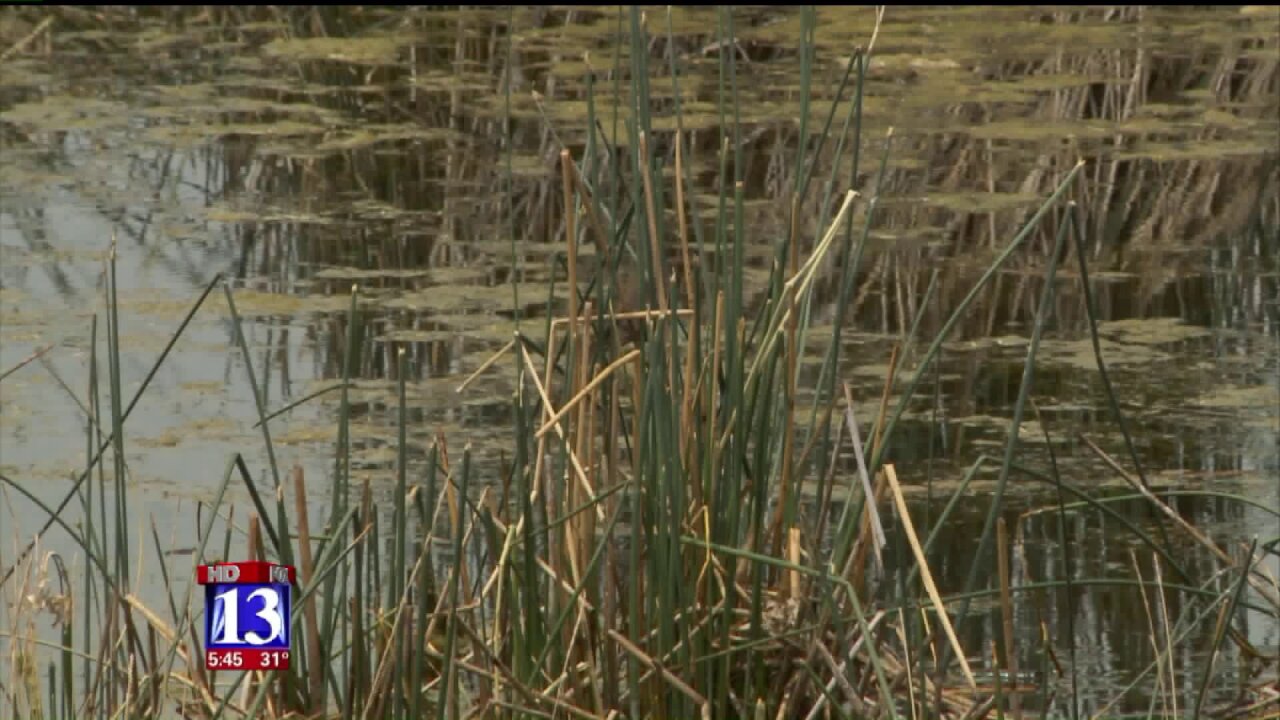 UTAH COUNTY -- Utah Lake is starting to fill back up thanks to a wet winter. The water level is up about 2 feet since last year, but with the good news also comes some bad news.

The good news is more water in a lake that has been desperate for it.

“We’re still at almost 5 feet below, so it can absorb a major runoff this year without too much flooding," said Eric Ellis, executive director of the Utah Lake Commission. "Does that mean that it couldn’t flood, no. But it is unlikely I would say."

The bad news about a wet winter is an increase in mosquitoes.

“The eggs can lay dormant for decades, and so if you get a really dry down period, and it’s been dry for 5 or 6 or 7 or 8 years, 10 years--and all the sudden it floods back in, then all those eggs that have been laid there for that time come off,” said Dan Miller, Director for Utah County Mosquito Abatement.

Miller expects Utah County’s Mosquito Abatement Team to trap at least twice as many insects as they did last year.

“We’re going to be fairly aggressive trying to keep those numbers down, mainly because we want to reduce the risk of any infectious diseases,” Miller said.

West Nile Virus is the biggest concern, but they are also looking out for mosquitoes carrying Zika, just in case.

“We don’t have any of the mosquito species that carry the Zika virus, nor have we ever found any," Miller said. "They found some in St. George two years ago, they haven’t ever re-trapped those. Now we are in the process, through grant money that we’ve received, this summer we will spend some of our surveillance in actually setting out traps that are designed to trap those particular kinds of mosquitoes."

The guidelines are the same as always: use bug spray that has Deet in it, and avoid leaving things around the outside of your home that could collect standing water.

“Be aware of what’s around your own home because I’ve seen literally hundreds of mosquitoes come off a cat food can," Miller said. "You know there be 500 to 600 mosquitoes in that can, larva, that are developing because they’ve left it out there."

Though the mosquito risks are up, more water does mean the risk of algal blooms at Utah Lake is lessened.

If there is an algal bloom, the Utah Lake Commission says it'll likely happen much later in the year compared to the earlier blooms we saw in 2016.

“With higher water levels, algae is much less likely to form because a big part of the scenario that creates algae is the temperature of the water, and so with more water in the lake it takes a lot longer for it to heat up,” Ellis said.