‘I like these bears ears!’: Rep. Chaffetz poses with mother bear and cubs 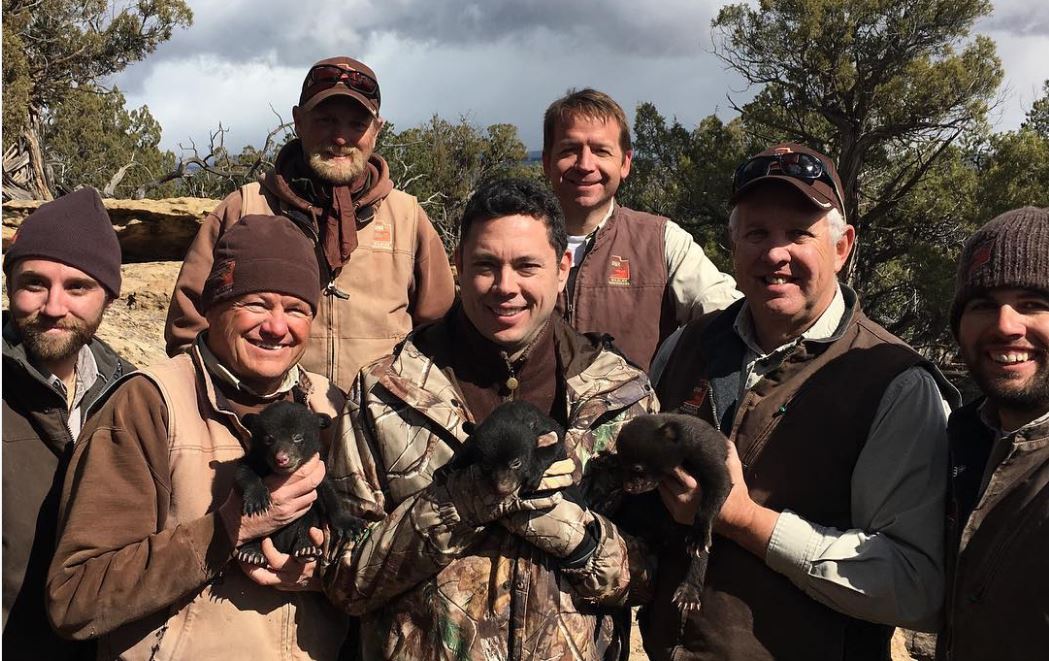 Utah — Congressman Jason Chaffetz posed with some furry constituents this week as he accompanied wildlife officers checking on a bear and her cubs in the La Sal Mountains.

Chaffetz, a Republican representing Utah’s Third Congressional District, joined personnel from the Utah Division of Wildlife Resources as they checked on the health of the animals.

The congressman tweeted several photos and a video of him with the bear cubs, and he included a photo of him crawling into the den with a sedated mother bear. Chaffetz said DWR personnel sedated the bear to check her health and adjust her tracking collar, and during this process he took a turn in the den.

“I crawled in the den with the mother bear,” Chaffetz wrote on Instagram. “She will be there for another 30 days or so. She is six years old and roughly 250 lbs. Beautiful animal.”

The bear recently gave birth to the three cubs.

“The mother bear, much to everyone’s delight, had triplets roughly three weeks ago,” Chaffetz said. “All four bears are healthy. I like these bears ears!”

See the gallery above and the video below for a look at the bear and her cubs.

The mother bear, much to everyone's delight, had triplets roughly three weeks ago. All four bears are healthy. I like these bears ears! #ut3rddistrict