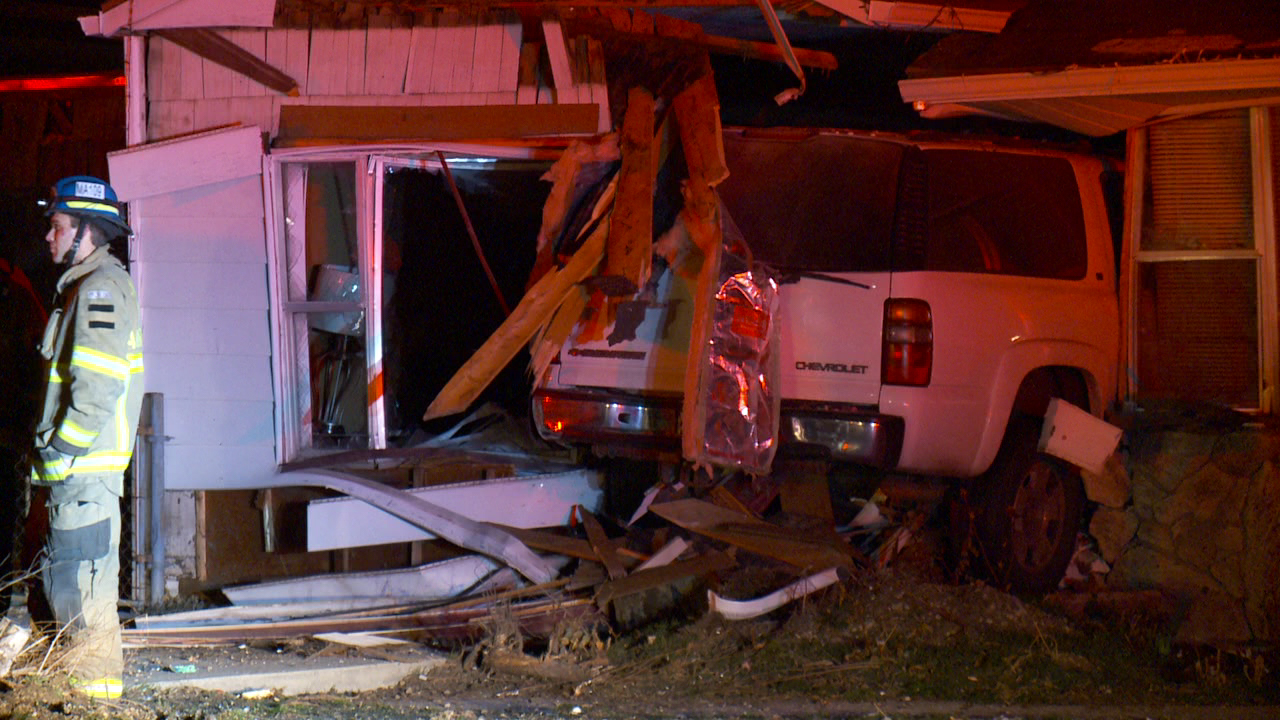 KEARNS, Utah — A man was cited for suspicion of DUI after an SUV slammed into a home in Kearns and caused thousands of dollars in damage while giving the homeowner quite a scare Friday night.

Lt. Paul Barker of the Unified Police Department said they were dispatched to a crash near 4500 West and 5615 South around 11:30 p.m. Friday.

“As you can see behind me, it looks like a Suburban came across this T-intersection and went right into a house,” Barker said. “The driver was not injured, none of the residents in the house were injured—very lucky. And the driver is under arrest for DUI.”

The SUV hit the home with enough force to send the vehicle several feet inside the structure.

“He’s almost turned the house into a garage,” Barker said.

Joe Bird, the homeowner, was inside the room the vehicle smashed into.

“I was laying there watching TV, me and my dog, and this guy come crashing through my house in a Suburban, and it was a little bit nerve-wracking,” he said.

Bird said after the crash the driver seemed hostile at first.

“Well the driver got out, and he wanted to brawl, and I was like, ‘I’m down if you’re down’, you know, and he was pretty much like, ‘Oh, I’m sorry,’” he said. “And then he stepped out of the house, so I kind of made sure he wasn’t going to run off, and he sat down on the street and then the cops got here relatively pretty fast.”

The homeowner said he is grateful that he and his dog are unharmed and that they have a place to stay while the insurance details are sorted out. Barker said the damage is estimated to be in the thousands of dollars.

“Kinda sucks, I don’t drink and drive, I like to have a couple beers here and there… but it’s kind of sad that people want to drink and drive and crash into someone’s house,” Bird said. “I’m just glad nobody was killed.”

Police later stated the suspect was not booked into jail but rather cited and released from the scene.