West Valley City Police say the three vehicles were all in the area of 3100 South and 3820 West, and the fires broke out between 6 and 7 a.m.

Brenda and Fernando Gonzalez said they awoke around 6:20 a.m. to find Fernando's sister's car ablaze in his driveway.

"It was very traumatizing," Brenda said. "I noticed some light on the outside, and I looked out the window and I just saw flames."

She and Fernando immediately rushed outside and she called 911. Fernando said he cleared the driveway around the car, and evacuated his family from the home.

"I just moved the other two cars and ran inside to take them out of the house," he recounted.

The flames threatened to spread to the home, and completely melted the siding next to the car.

"Since it was so hot, the lights from the car, the tires-- it was all popping and we were scared that it would probably hit one of us," Brenda said.

Once the fire department arrived and extinguished the blaze, Brenda said they noticed other car alarms had started going off, and they could see and smell smoke nearby.

Aaron Eul said it was around 6:30 a.m. when his girlfriend's van went up in flames.

"Woke up to a loud pop. I thought it was like gun shots out here or somebody got in a car accident," he explained. "I just looked out the window seeing what it was, and I saw the vehicle was engulfed in flames right in front of my driveway."

He, too, evacuated his family and ran to safety away from the vehicle. He said the fire department, having just been around the corner, was already at his home to put it out.

In all, three vehicles caught on fire and were completely destroyed. A fourth vehicle sitting next to a burnt SUV was also damaged.

Two of the homes saw damage from the heat, with the Gonzales house being the most significant of the two.

West Valley City Police said there was also some suspicious activity reported in the same area of the fires. Between seven and nine vehicles left unlocked had been rummaged through, but nothing was taken.

On top of that, Eul said some of his neighbors reported finding ashes in their vehicles-- as if someone tried to start a fire, but failed.

Guenaro Nolazco said someone placed what appeared to be burning papers on the floor of the backseat of his car and up toward the front.

He said his dad smelled smoke and discovered minor damage in the car after learning about the other car fires.

"[He] look[ed] in the glove box, there was some some burnt papers in there," he said.

There were no reports of injury in connection with the fires, but for the victims, they're now dealing with the consequences of the crime.

"For them just to come and think it`s like a play toy or whatever, and light people cars on fire-- it’s just not right," Eul said.

Brenda said her sister-in-law no longer has a vehicle, and they'll have to figure out how to give her daughters rides to school as well as rides to work and other errands.

"It sucks to know that they don't think how it's going to affect us," she said. 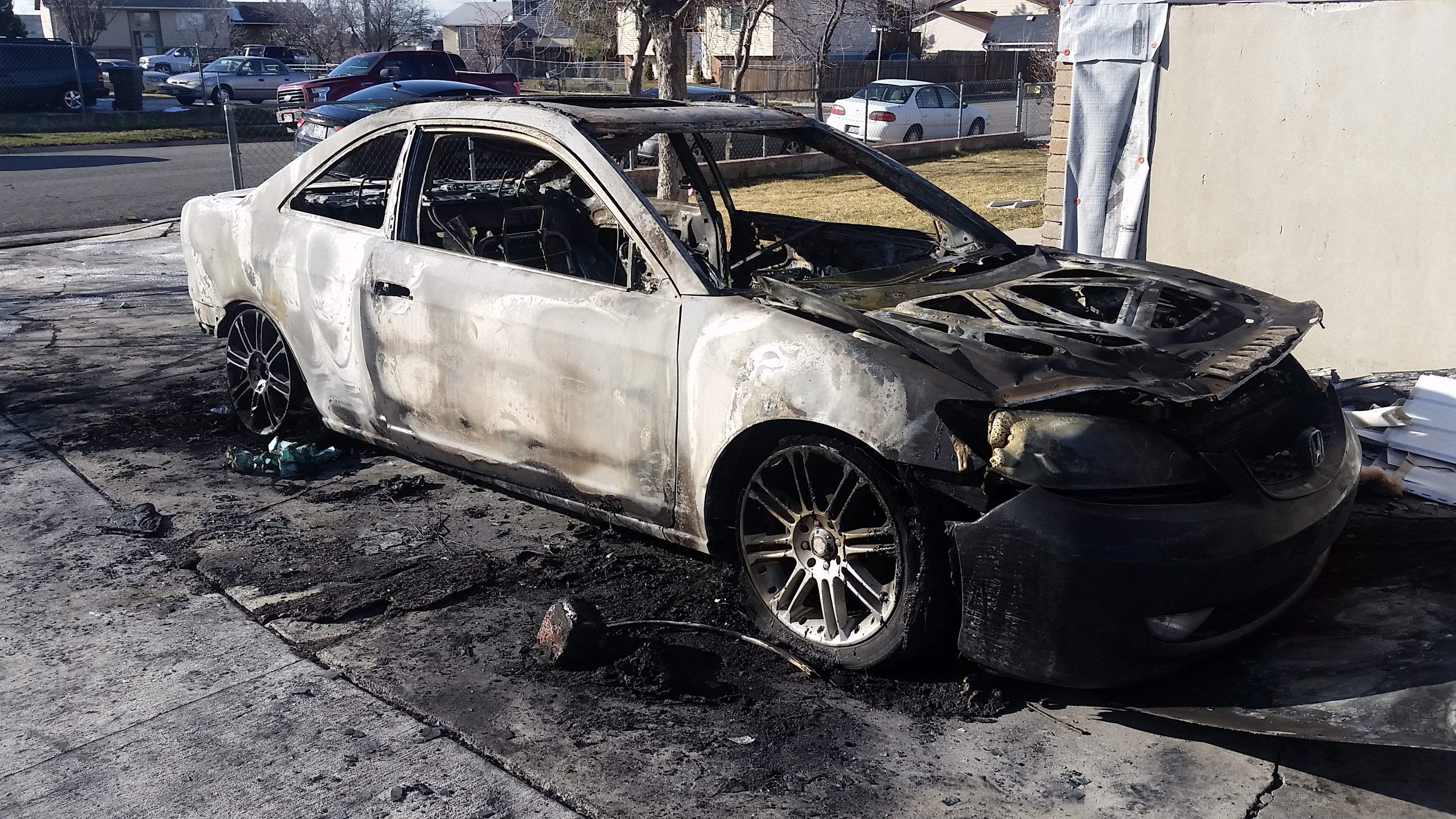