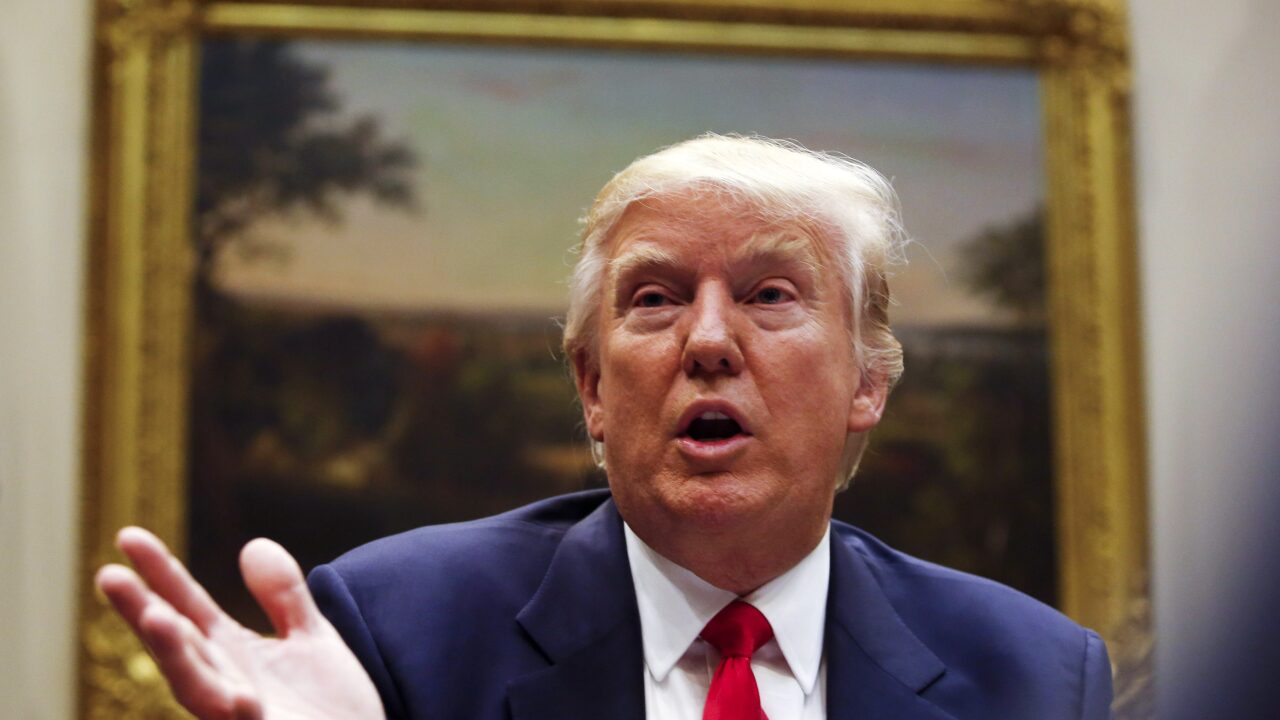 SALT LAKE CITY —  Senator Orrin Hatch, representatives, the Republican and Democratic parties all had something on their minds after Trump’s speech Tuesday night.

Hatch said in a statement:

“Tonight, the President delivered a serious speech laying out an ambitious agenda for our country. With Republican majorities in Congress and a new President in office, we finally have the opportunity to deliver for the American people. I am eager to lead the fight for our values and rack up big wins for the conservative cause like fixing our regulatory bureaucracy and putting excellent judges like Neil Gorsuch on the Supreme Court.”

“We also heard a strong case for altering the status quo and bettering the American economy and healthcare system.  Whether charting pro-growth tax reform that lowers rates and makes America more competitive in the global economy, ensuring our trade agenda is the best possible for American job creators and innovators, or righting the many wrongs of Obamacare so patients are better served, President Trump presented an ambitious and worthy agenda to the American people and Congress.  As we move forward with efforts to repeal and replace Obamacare with patient-centered reforms, and to address our outdated tax code and set a strong trade agenda so it better serves American families and job creators, Republicans will continue to work together in seeking real conservative solutions that will make a positive difference for our future.”

“Donald Trump’s speech tonight was platitudes and hypocrisy. He promised us we could have our cake and eat it too. So far, his words have not matched his deeds.” Corroon continued:

“He promises to: empty the swamp but he brought it in to Washington; unite the country but in the last year did little but divide it; defend our constitution but tore it up in his first weeks in office; lead on world stage but he promises isolationist, anti-trade policies; cut taxes but create massive spending initiatives; create jobs but he never mentions small businesses, only large companies; remove Obamacare but keep most of its benefits; keep our communities safe with policies to make our communities unsafe; praises the defeat communism while he has questionable dealings with autocratic Russian leaders.”

“We agree that Americans have great hopes and aspirations. As Democrats, we will defend policies that support the people of our country and vigorously oppose any policies that harm or divide our country.”

Rep. Stewart reacted in a video to Trump:

“I thought tonight’s speech was really, really powerful and for those people who have wondered ‘has America lost its way? Have we lost our confidence? Do we still have the presence and the determination and the power to change the world?’ I think tonight began to answer that question that we do.

“I think the president’s tone was just right. There was a little bit of humility. There was an awful lot of reaching out to the other side of trying to find things that will unite us, including, in some of his policies and also in his tone.

“I thought he did a great job in saying ‘we can do better,’ whether it was with Obamacare. We don’t want to hurt people. We don’t want to take insurance away from people. We want to help people. Whether it was saying our economy can do better. We don’t have to muddle through like we’ve done over the last few years. We can do much better. We can have more jobs, more wealth, more opportunities for people. And also, I think he said, ‘we can treat each other better. We can remember those who have been forgotten.’ Those who’ve been frustrated saying ‘does the government listen to me? Do people care about me? He reminded those people that they do and that he will.

“President Trump’s speech tonight charted a positive course for putting our country back on the path growth and prosperity. No one can dispute that President Trump has tirelessly worked to fulfill promises he has made to the American people. His decisive actions have already begun the process of removing the onerous regulatory burden on American businesses, empowering women in the workforce, and giving our brave men and women serving our country at home and overseas the assurance that we will provide the resources they need to succeed.

“The renewal of his commitment to championing an America First agenda of comprehensive tax reform, securing our borders, and repairing our broken healthcare system stands in sharp contrast to disastrous policies of the last eight years. Voters across the country chose Donald Trump to bring change to Washington, and he is already delivering on the trust the American people put in him.”

Rep. Mia Love was confident for the coming years, she said so in a statement:

“I was encouraged by the President’s message this evening, and the unifying moments shared by all watching tonight. I especially appreciated the honor and sentiments shared for the widow of fallen Navy Seal Ryan Owens, who was killed in a recent Yemen raid.  That unifying moment highlighted some of the values we Americans share. I hope we can focus on and build upon those unifying values in the coming months.”

“My work is, and will remain focused on raising the voice of Utah’s 4th district. I  will continue to promote the check and balances awarded to us by the Constitution of the United States. I look forward to a productive working relationship with the White House.”

“This new Administration and I share many of the same goals on a variety of issues, including, honoring our nation’s veterans, reining in the regulatory state, fixing our broken healthcare system and unlocking our economic potential. I am working hard today, to advance this bold agenda.”

“If we do this, I am confident that our best years lie ahead.”