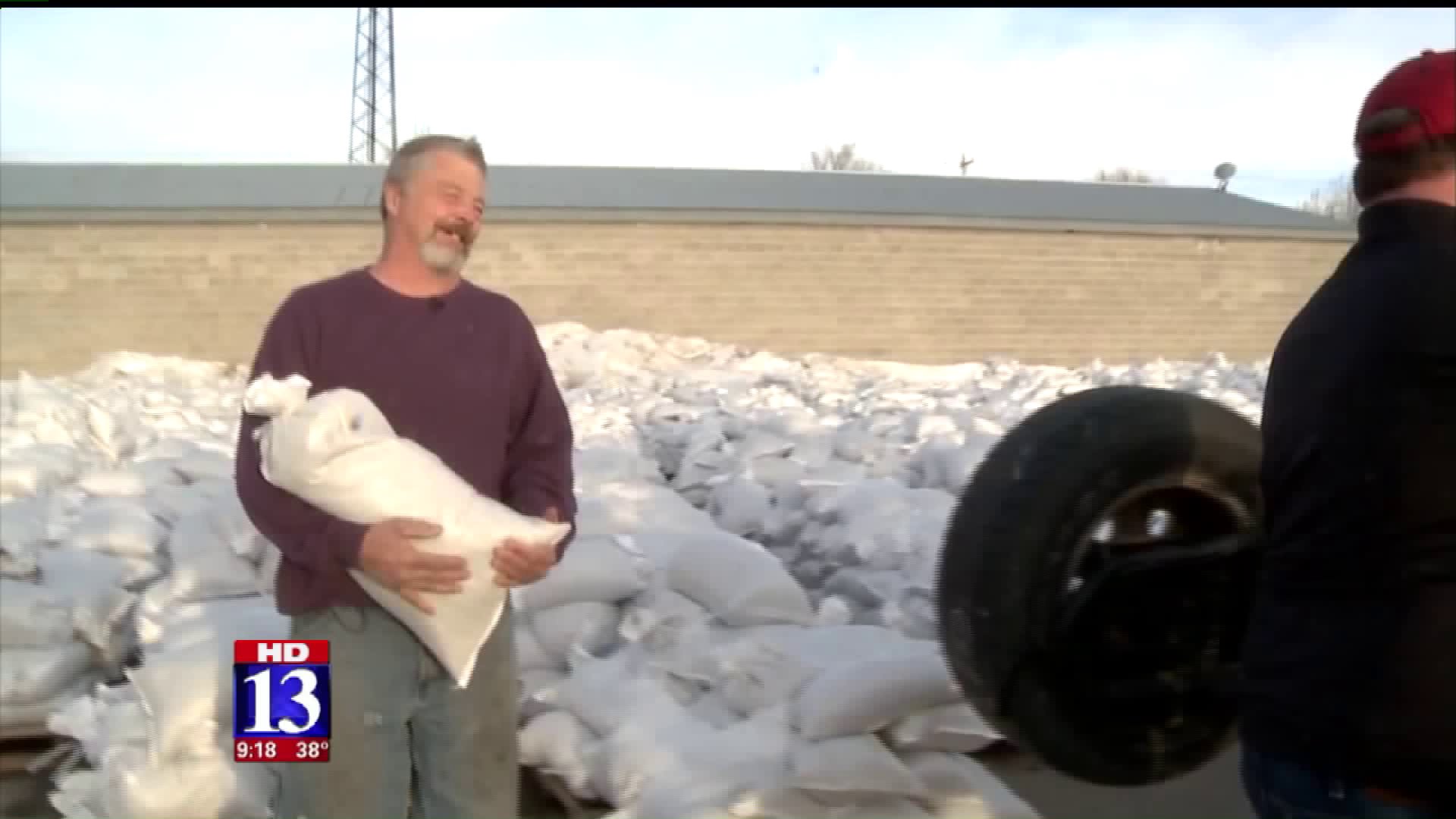 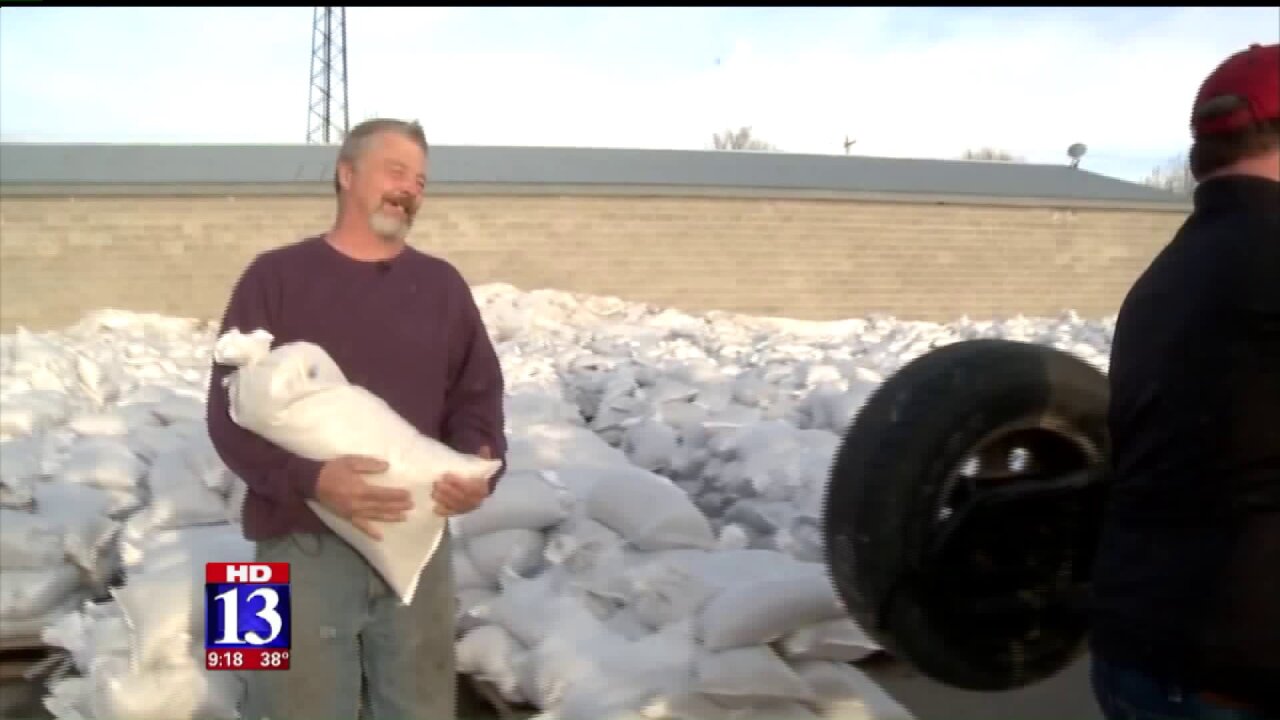 BOX ELDER COUNTY, Utah — With warmer weather and rain expected this weekend, residents in Box Elder County are bracing for another possible round of flooding.

They're still cleaning up from the disastrous waters last week.

Tens of thousands of sandbags sit at the fairgrounds, at the ready.

On Thursday evening, Garland resident Kirt Womack stopped by to stock up his SUV.

He said his basement flooded last week, and his water pump is still running.

"That pump's been there for eight days, day and night, twenty-four hours a day, pumping water," he said.

His home was just one of many in the county, filled with water in a matter of hours.

"I still have fans going in the basement, drying stuff out," Womack said.

So when he heard about the incoming warm temperatures and rain, he headed to the fairgrounds to grab sandbags.

"I'd rather be prepared, than have to do cleanup like I did last time," he said.

Around the county, three pumps continue to run vigorously, sucking up water from one area and redirecting it to another.

"Some of the places we have are still under water," said Stan Summers, Box Elder County Commissioner. "They're really not starting to drain as of yet."

They now have no choice but to brace for what Mother Nature could have in store-- again.

"If things start happening again like they did last week, we're prepared now," Summers said. "We've got 20,000 sandbags out and about, and we've got another 30,000 sitting here ready to go."

Along with the sandbags, a large pile of sand with shovels sit at the fairgrounds, ready for volunteers to get back to work.

Summers said he expects them to be back out there Friday, filling more bags.

"We're on standby, just kind of see what the temperatures do," he said.

Summers said the last round of floods caused three land slides, and said those areas could see trouble again this weekend.

He said areas like Grouse Creek on the far west side of the county are already seeing high waters again.

To help the victims of the northern Utah floods, Summers said the United Way of Northern Utah has set up a disaster relief fund to take in donations.