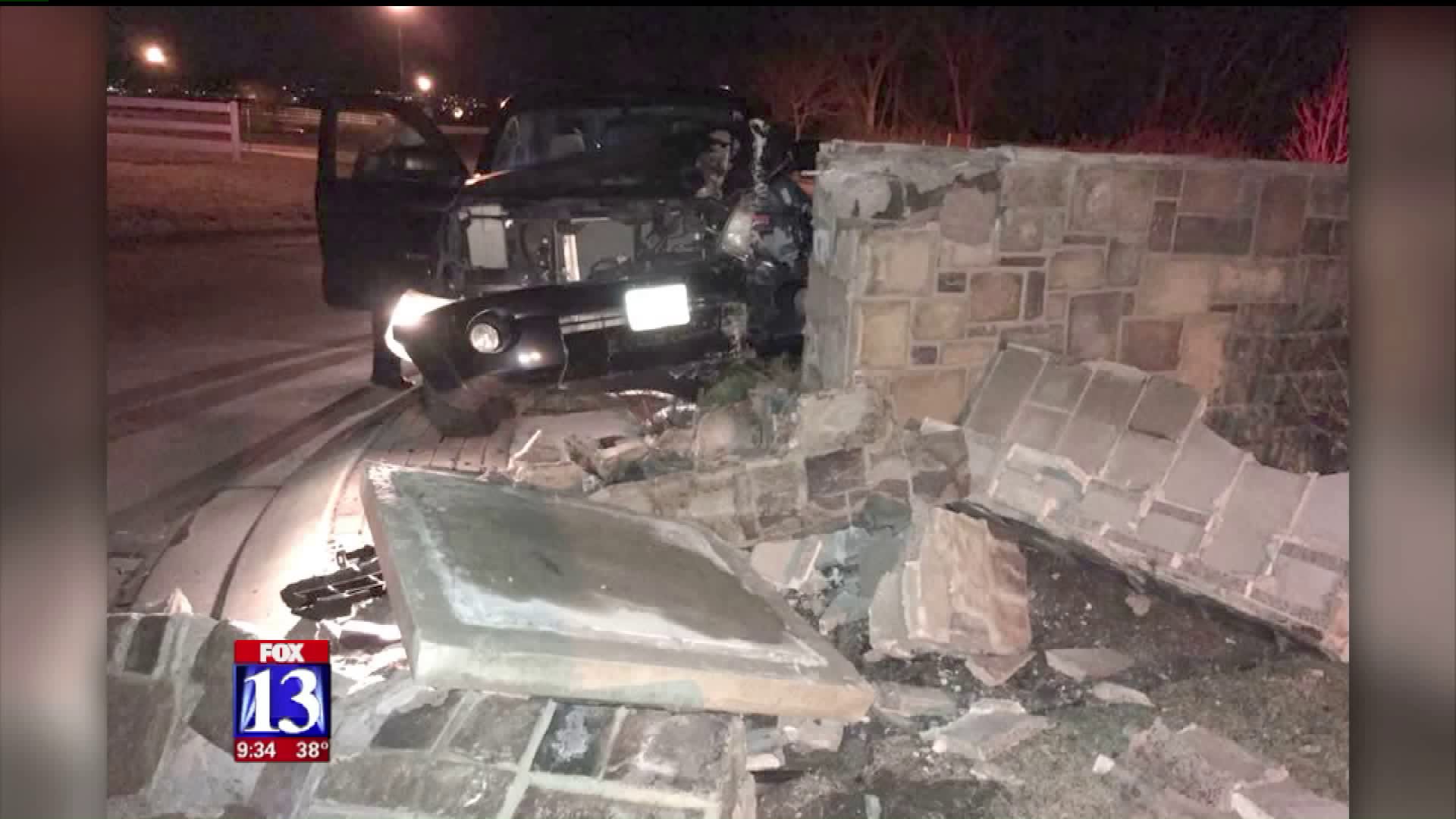 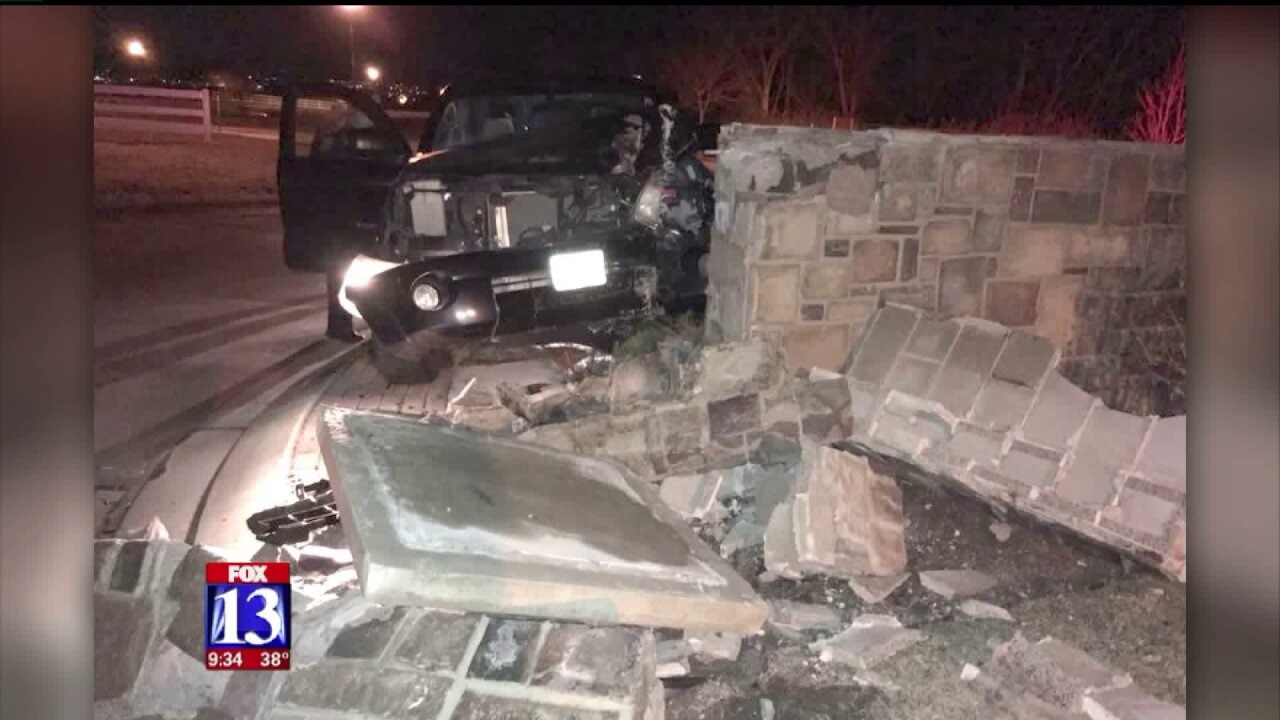 SARATOGA SPRINGS, Utah — It's not the first time someone has driven through the neighborhood drunk, or the first time they've lost control and driven off the road, but neighbors hope it will be the last.

"I felt and heard the kitchen window rattle and a big boom outside," said Michelle Henderson, who lives in the neighborhood.

Henderson, whose townhouse sits to the side of the roundabout, said her five kids were asleep in their home Wednesday night, and she and her husband were downstairs in the kitchen when they heard the noise.

"My husband jumped up and said, 'That truck just hit the wall," Henderson said.

The wall Henderson refers to sits at the top of a roundabout, at the entrance to the neighborhood. The roundabout was installed to slow drivers down as they come towards the neighborhood on a straight-away at 35 miles per hour. Neighbors theorize that the wall was placed at the top to encourage drivers to slow down even more. However, that didn't stop 65-year-old Lawrence Bills from driving his truck through the wall late Wednesday night.

Bills was booked into Utah County Jail for DUI.

"I'd hate to think what would happen if that wall wasn't there," Henderson said.

Henderson and other neighbors point out the round stones that surround the roundabout on the grass.

"Those keep the cars from coming off the road too," Henderson pointed out.

It's a problem people there have been dealing with for years, and despite the rocks and the walls for protection, it's clear that it's a problem that won't soon go away.