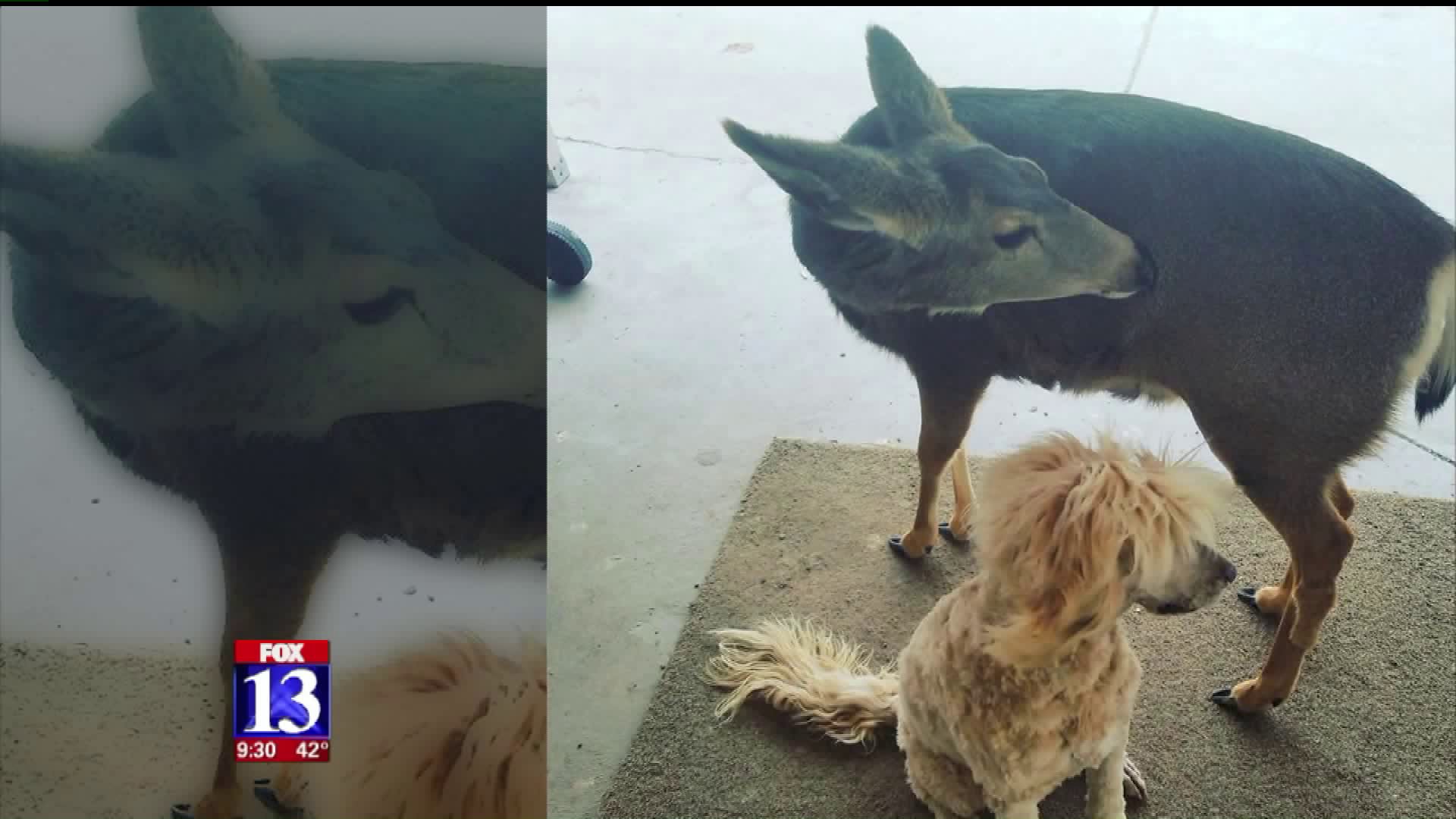 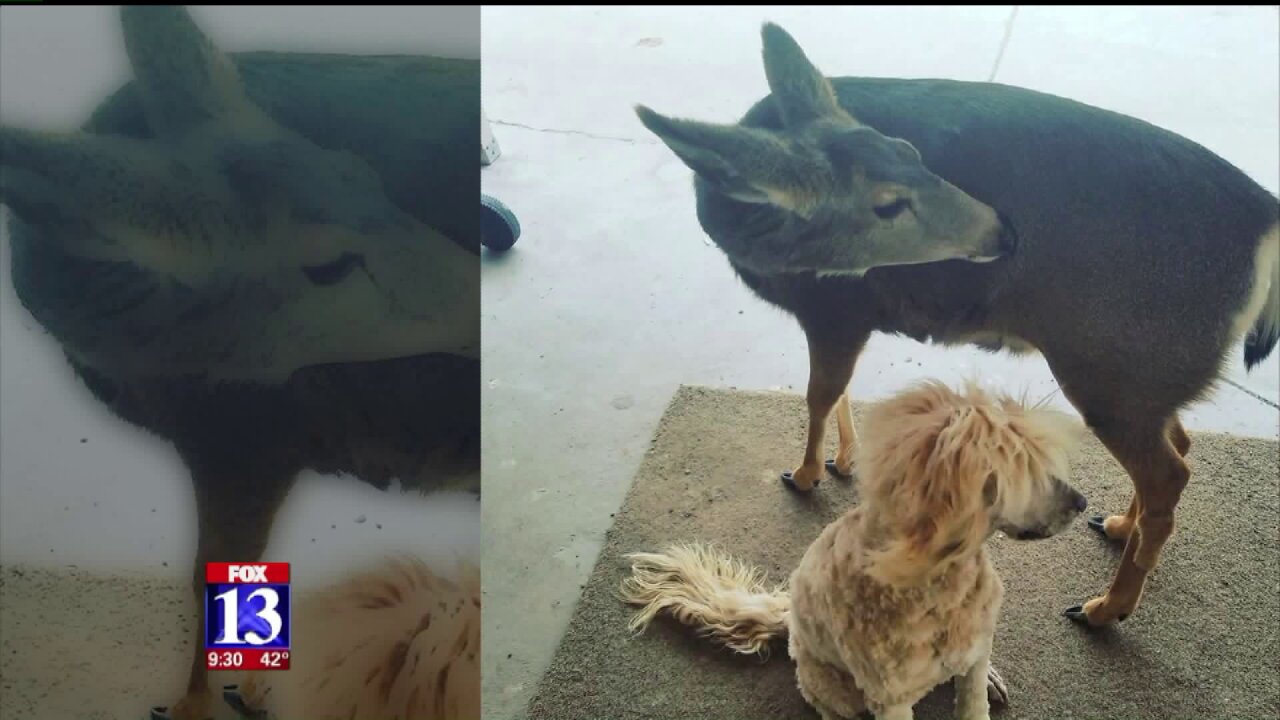 DELTA, Utah -- People living in Delta are sad and upset after they say Division of Wildlife Resources officers took away a deer that had become a neighborhood pet.

They said for the past two years the young buck had been coming into their back yards, hanging out with their dogs, cats and children.

"He's been sort of like a town celebrity, you know, everybody loves him," said Amber Moore. "We really did take him in more as part of the family because he was like the dogs. I'd take the dogs for the walk and he'd be with me."

He was even given a name: Jerky.

"Deer jerky is good, there is no two ways about it," said Frank Noyes.

Noyes said he became so attached, he stopped hunting deer all together.

"It really opened my eyes on how smart and brilliant they are," Noyes said.

Jerky wore a collar, ate pet food, and was often found snuggling up with Frank and Amber's cat Grace and their dog Zion.

However, Jerky's days of being part of the family came to an end on Wednesday, when a man walking through the neighborhood made a complaint to the Division of Wildlife Resources.

"We received a call that this deer was approaching people and it made them nervous so that's when we came to relocate the deer," said Phil Tuttle, with the Division of Wildlife Resources.

Jerky was taken about 20 miles away to an area known as Whiskey Creek. DWR said caring for wild animals is dangerous for the animals as well as the people.

"Deer that are fed as pets, they kind of gain a dependence on humans," said Tuttle. "And you just never know when that instinct is going to kick in for them to become aggressive, we just want people to be safe."

The neighbors said they were not keeping Jerky as their own, that he had hundreds of miles to roam freely, and he could have left anytime he wanted, but he chose to stay with them.

"I think wild animal is a relative term because this animal wasn't wild," Moore said.

DWR put a tracking device on Jerky and said as of Friday he is doing just fine, but neighbor Shanae Abbot is worried he's not going to make it.

"If he sees a coyote he's not going to run away, he's going to want to be his friend and cuddle, and I worry about him getting killed," Abbot said.

This neighborhood wishes the state would have just listened to them and left Jerky alone.

"Every morning when I step out to have coffee he was there, and now he's not and I miss him," Noyes said