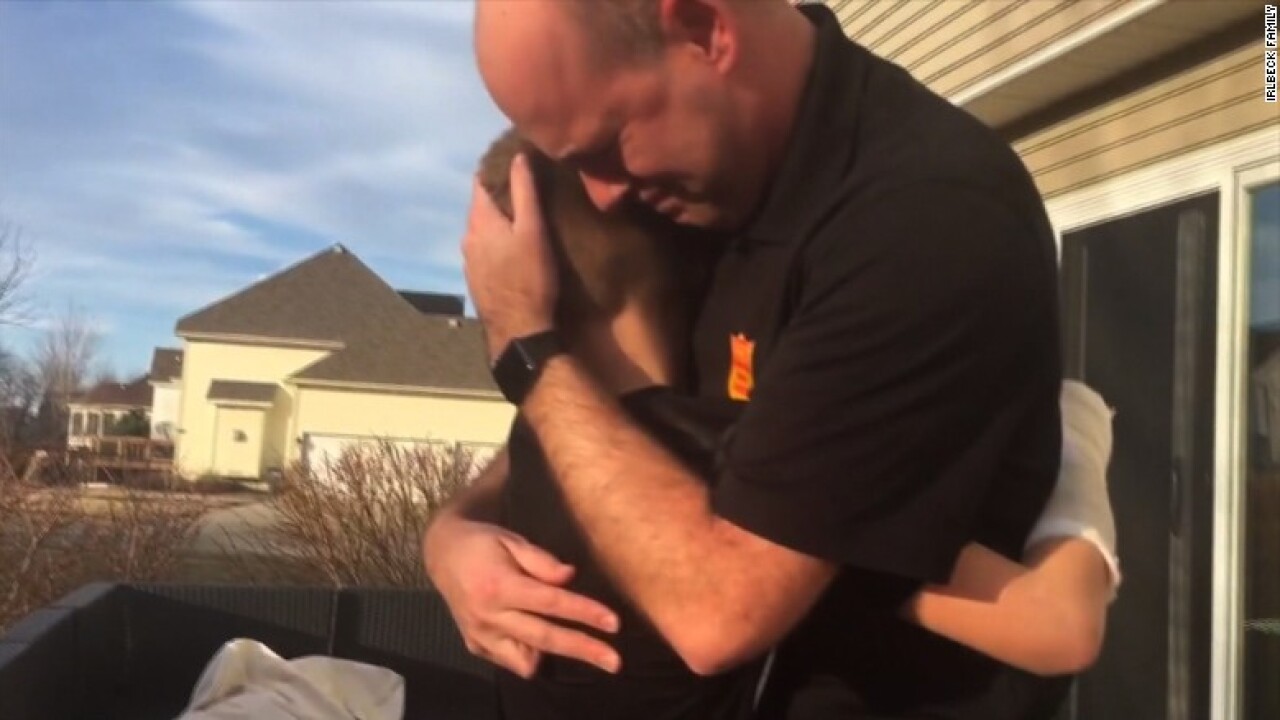 10-year-old Cayson Irlbeck was born colorblind but now can see certain colors for the first time.

A special pair of glasses is opening up a colorful new world for the Iowa boy with a vision impairment.

The decade Cayson Irlbeck has been alive, the 4th grader's world view has been almost black and white.

He was born unable to tell the difference between blues and purples and reds and greens.

Earlier this month his view changed.

"It's been an incredible week for him watching cartoons. He didn't realize the marshmallows in his 'Lucky Charms' had color on them."

"It was instant," he said. "I knew right away something had changed, how bright everything was."

The colors are now vivid and Cayson sees each and every one of them.

"That was so amazing," Cayson said. "It was so colorful. It was weird. I had never seen those colors before but I kind of knew what they were, I don't know, it was just awesome."

"Just to be able to see, all of a sudden, a whole new world opened up for him," Cayson's father, Aaron, said. "Obviously it was very emotional."

Some internet research led the Irlbeck family to the California-based EnChroma company and some very special glasses.

Research indicated the glasses had a 50-percent chance of working.

For the Irlbeck family, it was $300 well spent.

"It's been an incredible week for him watching cartoons," Aaron said. "He didn't realize the marshmallows in his 'Lucky Charms' had color on them."

There have been a lot of firsts since Cayson got the EnChroma glasses.

He saw his first sunrise and will eventually see his first rainbow.

EnChroma says its glasses are an "optical assistive device," not a cure for color blindness.

The company says results vary depending on the type and extent of a person's color vision deficiency.

The glasses are estimated to be effective in four out of five cases of red-green color vision deficiency.