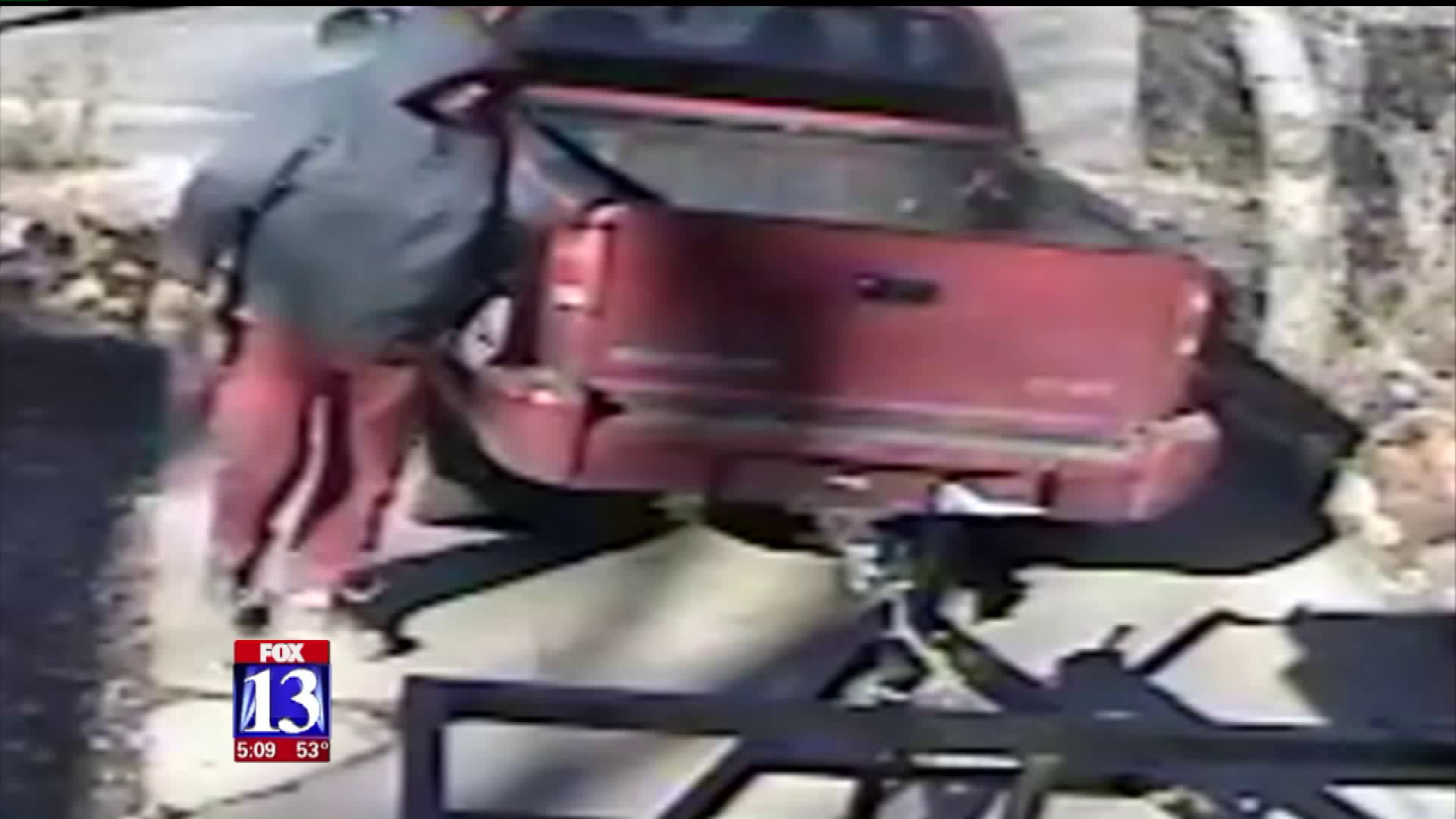 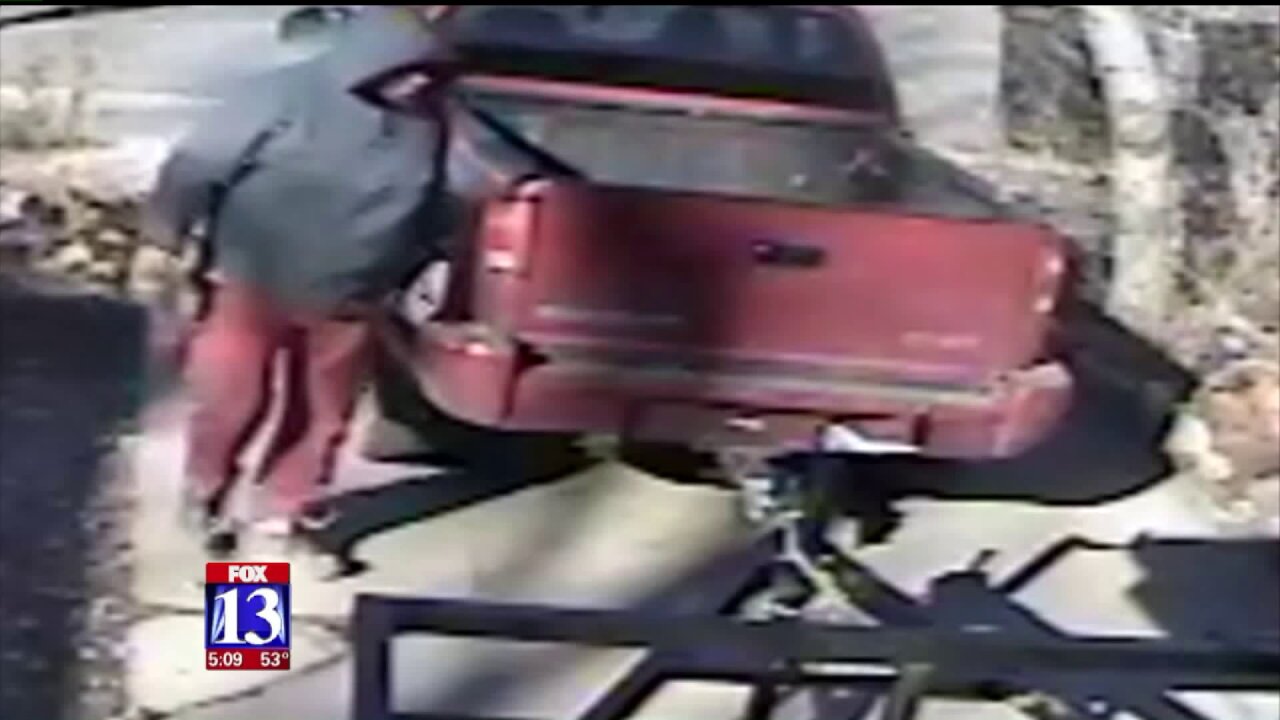 MURRAY – A Murray man is pleading for the public’s help. Someone took off with his utility trailer in broad daylight, and it was all caught on camera.

"My wife works right around the corner," Snyder said. "She came home to let the dog out for lunch and texted me that, 'Did you take the trailer?'"

The brand new utility trailer he bought six months ago was missing from his driveway.

“Literally, touching my house," he said of the trailer's location. "Literally right underneath that camera."

His surveillance cameras captured the thief in action.

The suspect drove from a nearby park and backed up into Snyder’s driveway in a pick-up truck.

“When he backed up, he had taken off his license plate," Snyder said. "He just walked up like he owned the place, undid the hitch, hooked it right onto his car and drove right out. Just gone."

The man took off, leaving Snyder with no license plate number to track him down and without much of a physical description. He was wearing a dark blue hoodie and dark red pants.

Snyder says he was driving a maroon pick-up truck, with a step side and a rhino liner in it. It was pulling a 5x10, single-axle flatbed trailer.

“I've got maybe 40 miles on it," Snyder said. "It's just my utility trailer for cleaning up the yard and stuff like that.”

Snyder and some of his neighbors don’t feel safe. They’re asking city leaders to install security cameras pointing toward the street and nearby park.

“I want them to allow me to put a camera system on the pole that covers the street so we can get footage of people's license plate,” Snyder said.

He believes more security cameras could have at least given him a glimpse of the suspect’s license plate.