Strong winds cause damage, power outages across Utah ahead of snowstorm

RMP says it is not clear when power will be restored, but they say all available crews have been dispatched to make repairs. Residents are reminded to stay away from downed power lines.

Unified Police are asking people to avoid Magna Main Street and 5400 South between 3600 and 4200 West due to blown transformers and downed power lines. Video shot in Magna Sunday night and posted on Twitter appears to show some of those issues.

@brekbolt this is going around #Magna #Utah happened about an hour ago in the old part of town people are w/o power @fox13 @KUTV2News pic.twitter.com/OQmZ4cmlC4

Les Whitney, Director of Emergency Service for Beaver County, said they responded to five distinct crashes involving five cars and one semi-trailer on a short stretch of SR-21 about 2 miles south of Milford just before 5 p.m.

"The cause of that would be zero visibility," Whitney said.

A dust storm created by the strong winds contributed to the crashes, all of which happened in a stretch of about 1.5 miles. Whitney said one person was taken to a hospital via ambulance while others were treated at the scene or taken to hospitals in private vehicles.

Video shot in Iron County near Beryl shows a dust storm in that region hampering visibility.

A semi hauling a trailer tipped over on westbound I-80 near mile post 79 Sunday morning. The trailer was empty and the driver of the semi was not injured.

Many areas of Utah saw winds between 40 and 60 mph Sunday, with gusts of 77 mph reported at Great Salt Lake Marina and 90 mph at Vernon Hill in the Tooele desert. Cities in the northern Wasatch Front saw winds in the 50 mph range while in the Salt Lake Valley top wind speeds ranged from 42 mph in Riverton to 64 mph near the University of Utah.

The gusts toppled several trees, including several in Midvale and at least one in Murray, which landed on a home. See the photos below for a look at some of the damage. 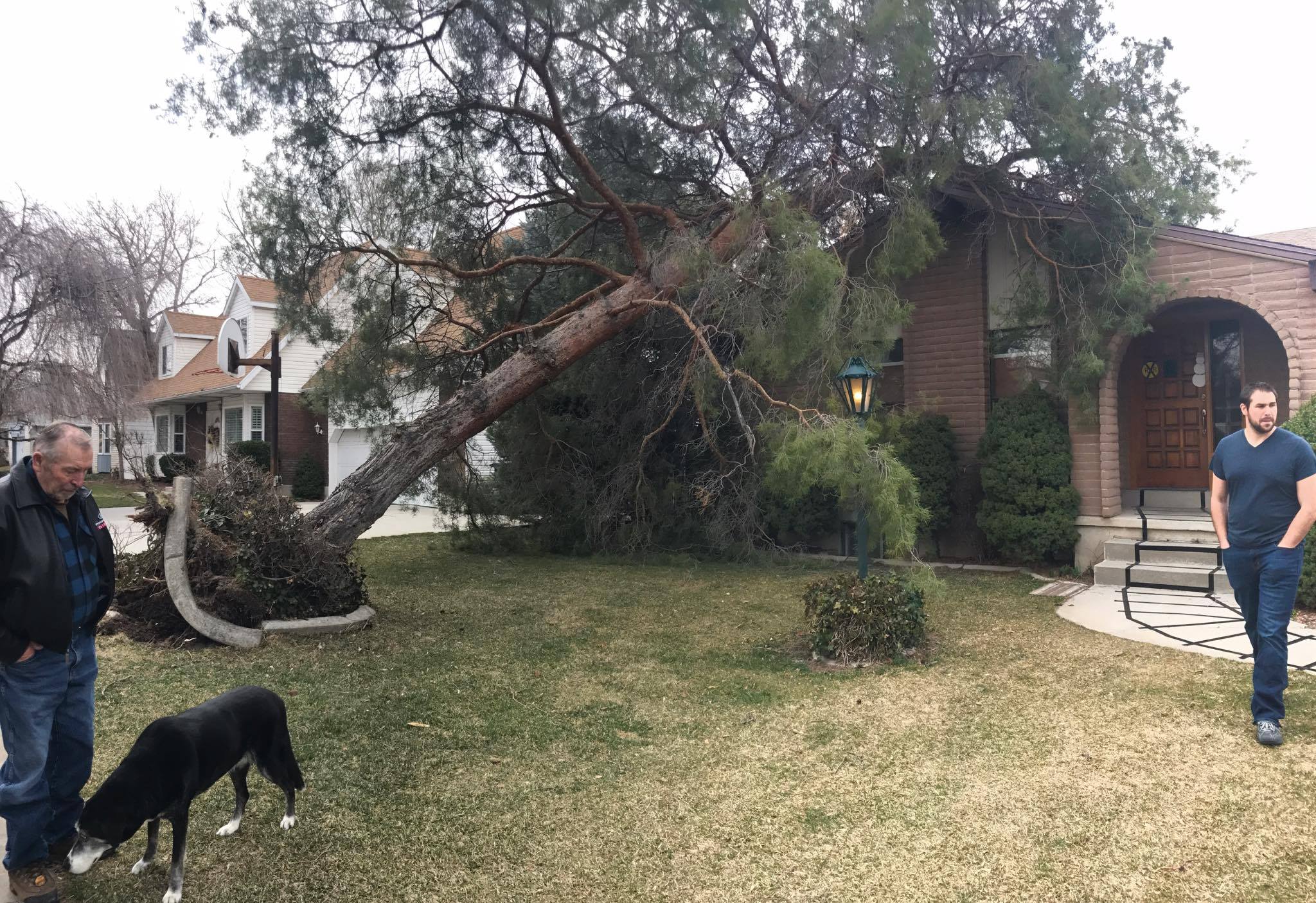 The wind is just one of several weather issues expected to impact Utahns, as snow arrived Sunday evening and is expected to continue into Monday.

Mother Nature is going to put on quite a show today! Here are a few things you might experience. #utwx pic.twitter.com/q7ZrZRSQix

Click here for the latest weather advisories for your area, and stay ahead of the winter weather with Fox 13’s news and weather apps. You can also track the storms with our interactive maps and radar.