Neighbors heard the explosion and saw the horrific aftermath.

“Literally it was a large explosion... huge. It rocked the windows next door to us,” said Patrick Dykes who has lived in the neighborhood for decades. “The whole upper half of the house blew off...part of the back side of the house (fell) on the neighbors car over there.”

The explosion echoed throughout this Ogden neighborhood.

The homeowner, who neighbors know as "Uncle Bobby," was trapped inside. They watched helplessly as he tried to escape

“As the blaze got bigger he finally crawled out the front window,” Dykes said.

The man was rushed to the hospital.

“It was really insane to just see him coming out of the window. He did not look like he was all right,” Camacho said.

Fire crews had no choice but to pull back and watch the fire destroy the home.

“There was just too much fire to safely put firefighters inside the structure," said Eric Bauman, Deputy Chief Ogden Fire Department.

No other homes were damaged. The cause of the fire and explosion is under investigation. 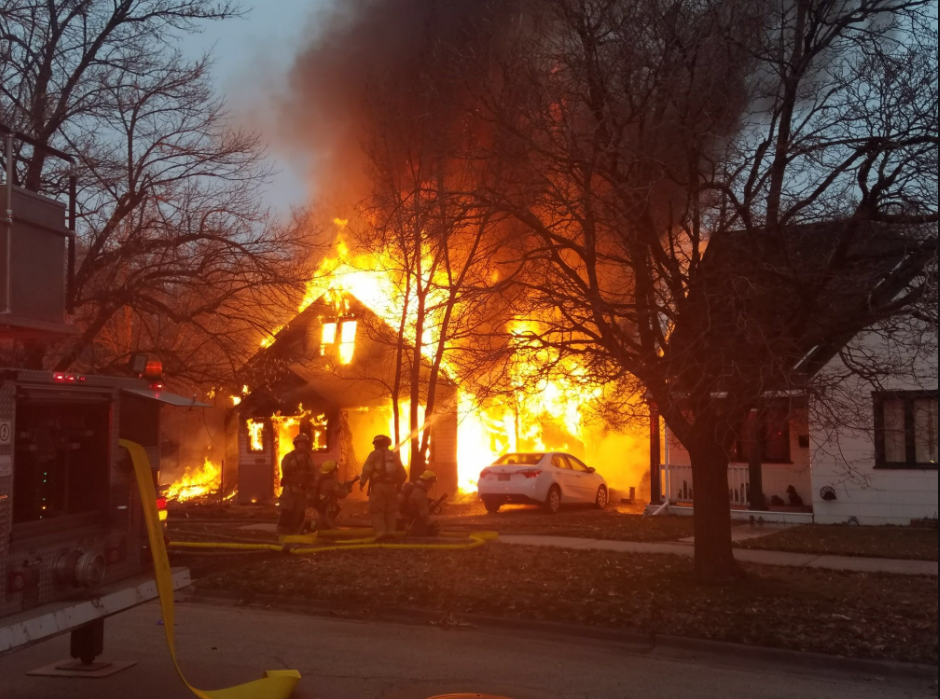