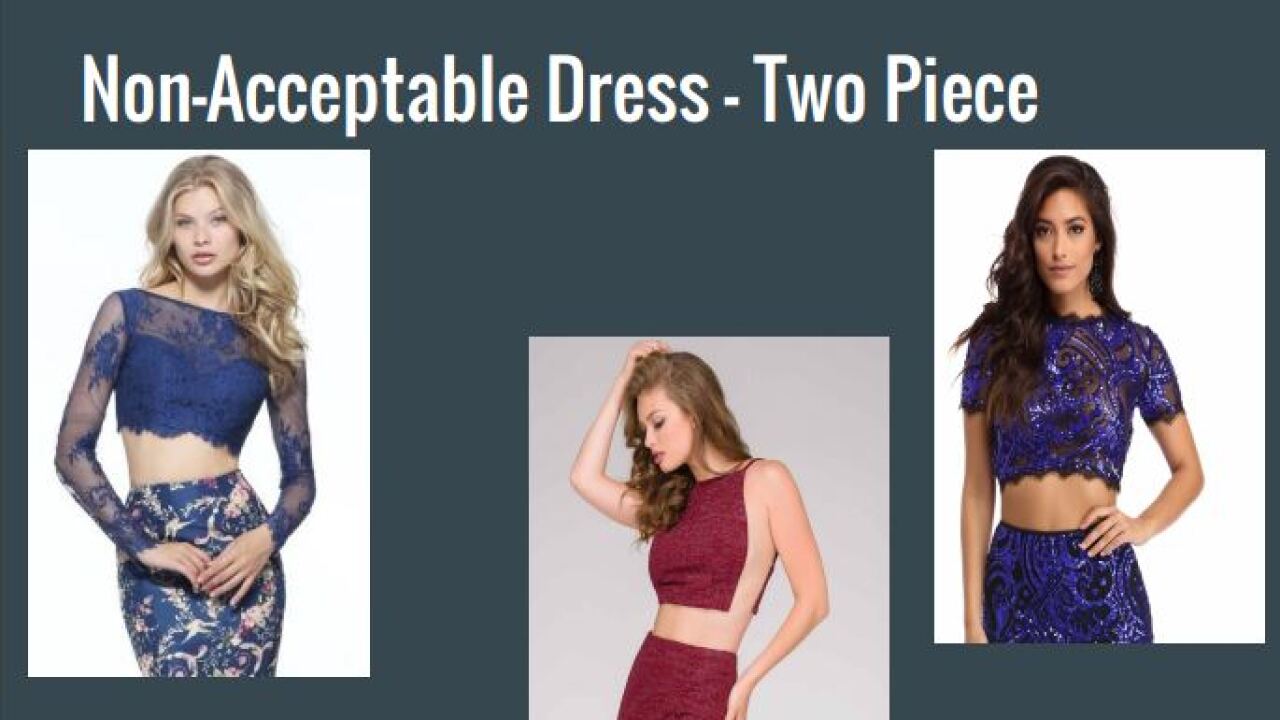 A screen capture showing a portion of a prom guidelines from Boylan Catholic High School.

(CNN) — An Illinois high school has been accused of body-shaming after a 21-slide presentation about acceptable prom attire was published online.

Boylan Catholic High School’s guide says that girl’s dresses should not have necklines low enough to show cleavage, and that the skirts of the dresses should hit below the mid-thigh.

Critics have taken issue with a line in the guide that suggests different standards will be applied to girls with different figures. “Some girls may wear the same dress, but due to body types, one dress may be acceptable while the other is not,” the guide reads.

Only two slides are dedicated to the male students’ dress code — one sentence and four pictures.

‘It’s hard to pick out a dress’

The school took the girls and the boys into two separates rooms to give them the same presentation. But the girls’ presentation started off badly, she said.

“All the girls immediately booed the teacher, which was really awful,” Symonds said, adding that the teacher “did say some offensive stuff.”

One of her peers stood up and told the teacher, “That’s body-shaming.”

Symonds said that the guide made it difficult to figure out what to wear. “There’s just so much about the girls,” she said. “It’s hard to pick out a dress.”

There have been discussions, Symonds said, of having prom outside of the school. Some students took it upon themselves to start a campaign via Twitter.

She acknowledged that students saw a similar guide last year, but said that it’s since been expanded. “Originally, it wasn’t long at all,” she said. “It was more of a Word document than a slideshow.”

The dress code isn’t new, said Amy Ott, president of the private Catholic school. “It was developed two years ago by a committee made up of teachers and students who consulted dress codes that existed at other Catholic schools across the country,” she said. Ott said that parents find the dress code helpful while shopping, since it allows them to be sure that whatever is picked “is both elegant and appropriate.” “As a private Catholic high school, we adhere to teaching our students moral values which include modesty,” she said. “We want all students to feel beautiful in what they wear while also adhering to our values as a Catholic school.”

As for Symonds, she’s decided she’s going to Jo-Ann Fabrics and making her own dress. “That way it’s less complicated,” she said.