Polygamy is ‘re-criminalized’ in Utah in last-minute vote 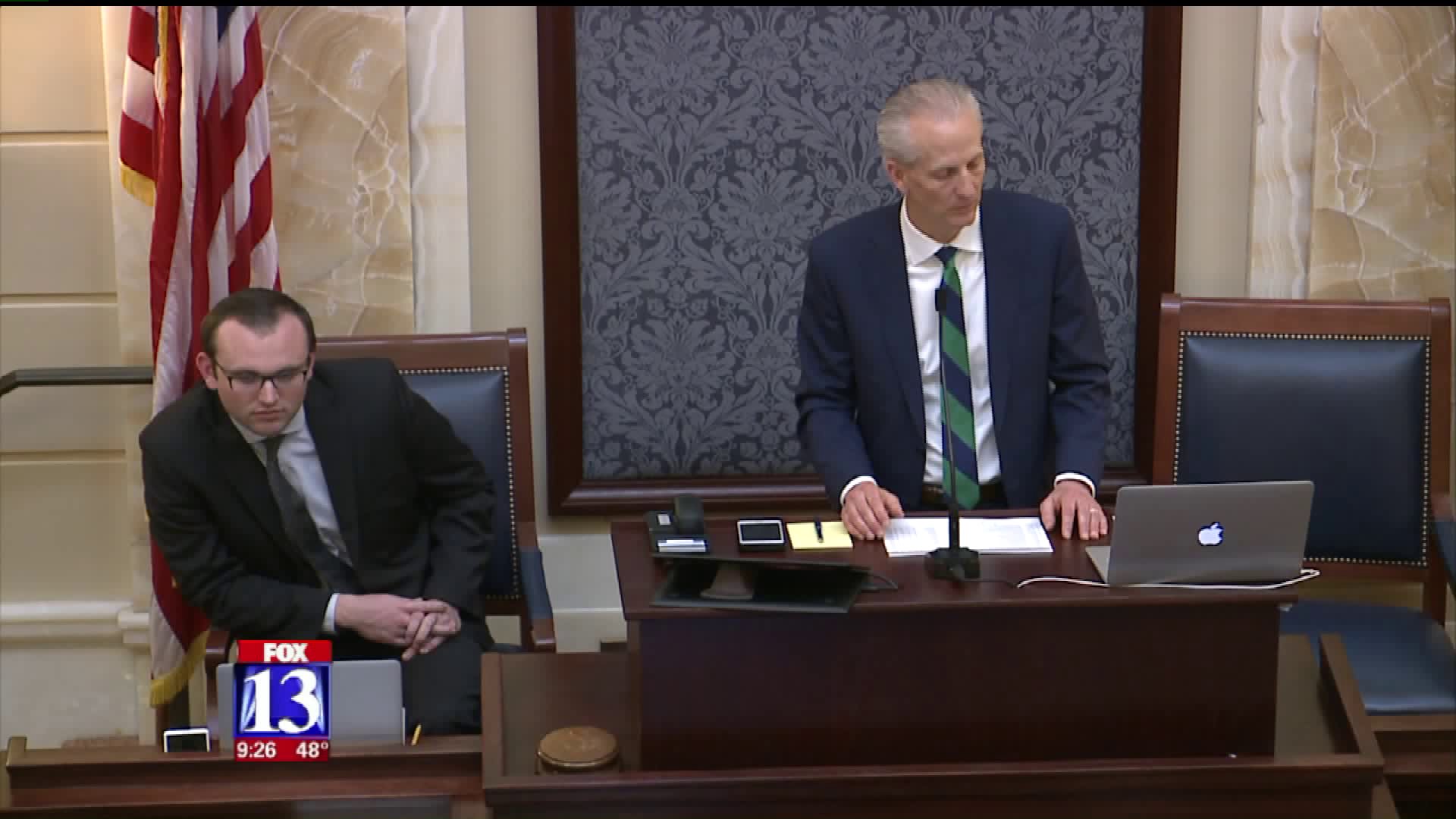 In the final minutes of the Utah State Legislature, the Senate voted 15-14 in favor of House Bill 99. Members of Utah's polygamous communities, who watched and hoped the bill would never be heard before the legislature adjourned, left heartbroken.

"We want to see abuse stopped as much as the next guy, absolutely," said Valerie Darger, a plural wife. "This bill is just not the way to do that."

HB99, sponsored by Rep. Mike Noel, R-Kanab, makes it a crime for someone to live with multiple people and hold themselves out as husband and wife, and wife, and wife. It adds a penalty enhancement if there's coercion in a marriage, sex abuse, child abuse, domestic violence or human trafficking. It carves out a "safe harbor" exemption for people who leave polygamous relationships.

The bill came out of the "Sister Wives" polygamy case. Reality TV polygamist Kody Brown and his wives sued Utah over its historic ban on plural marriage. A federal judge in Salt Lake City struck down a portion of the polygamy law, making it no longer a crime to purport to be married and cohabitate with them. The 10th U.S. Circuit Court of Appeals in Denver sided with the state, ruling the Browns didn't really face the threat of prosecution.

The U.S. Supreme Court earlier this year refused to hear the case.

The Utah Attorney General's Office argued the law is necessary to avoid another constitutional challenge. The bill sparked protests from Utah's polygamous communities and the Brown family joined a march on the Capitol.

The bill passed the House on a 48-25 vote last month, but stalled in the Senate. On Thursday night, it sat last on a long list until it was called up and debated in the last half hour of the session.

"I think this is a need we have and I would ask those that can to support me," Sen. Kevin Van Tassell, R-Vernal, told his colleagues.

Sen. Lyle Hillyard, R-Logan, pointed out that Utah was forced to abandon polygamy as a condition of statehood and urged HB99's passage.

"The intent is protect people, I fear in reality something like this really harms the people we’re purporting to help," Sen. Deidre Henderson, R-Spanish Fork said, speaking against the bill.

"What we are going to do is still keep standing for our freedom and our rights to purport and be consenting adults and have our family the way we choose to," she said. "Take care of our wonderful children and family and encourage others to do the same."

HB99 goes to Governor Gary Herbert for his signature or veto.