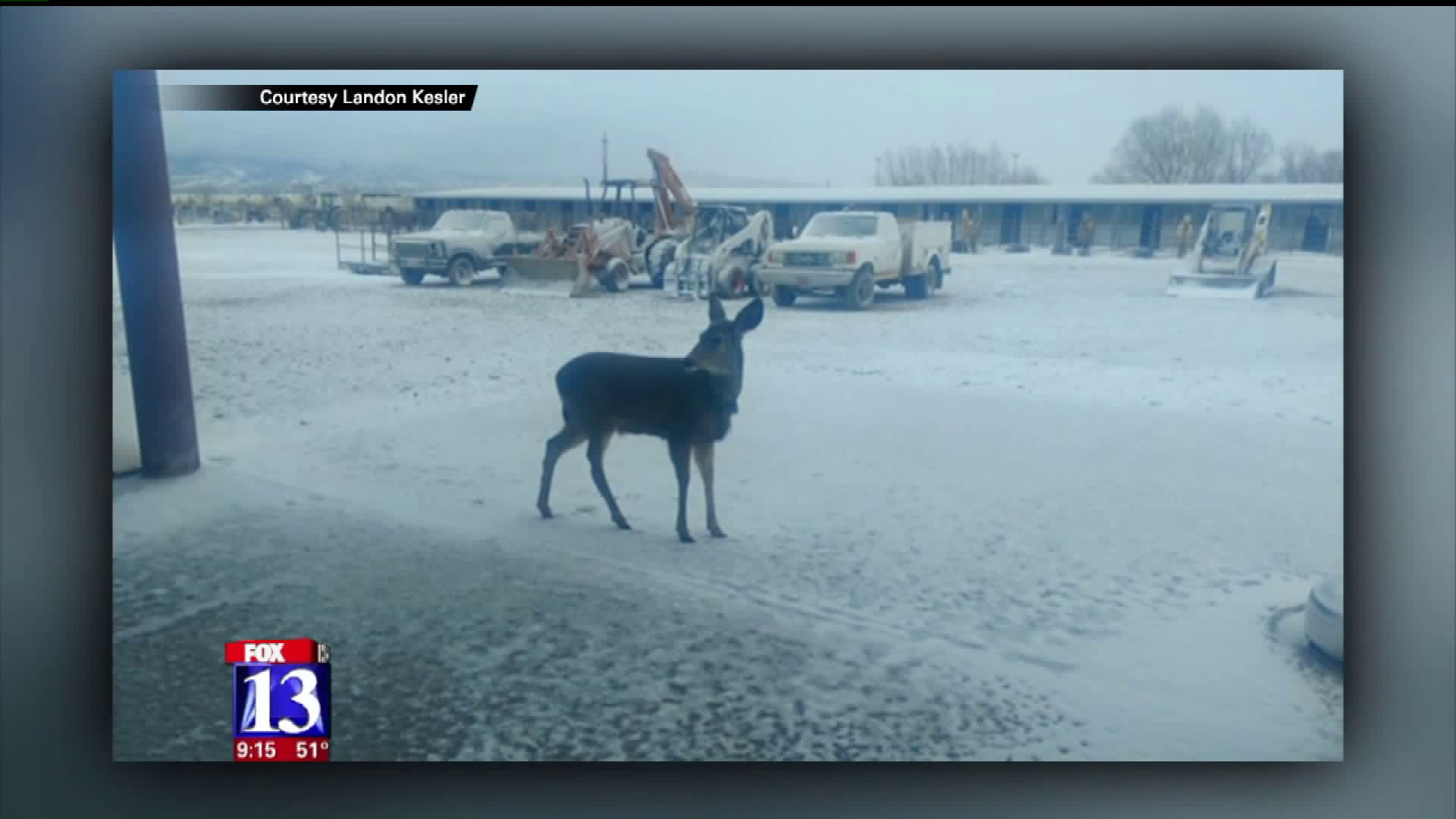 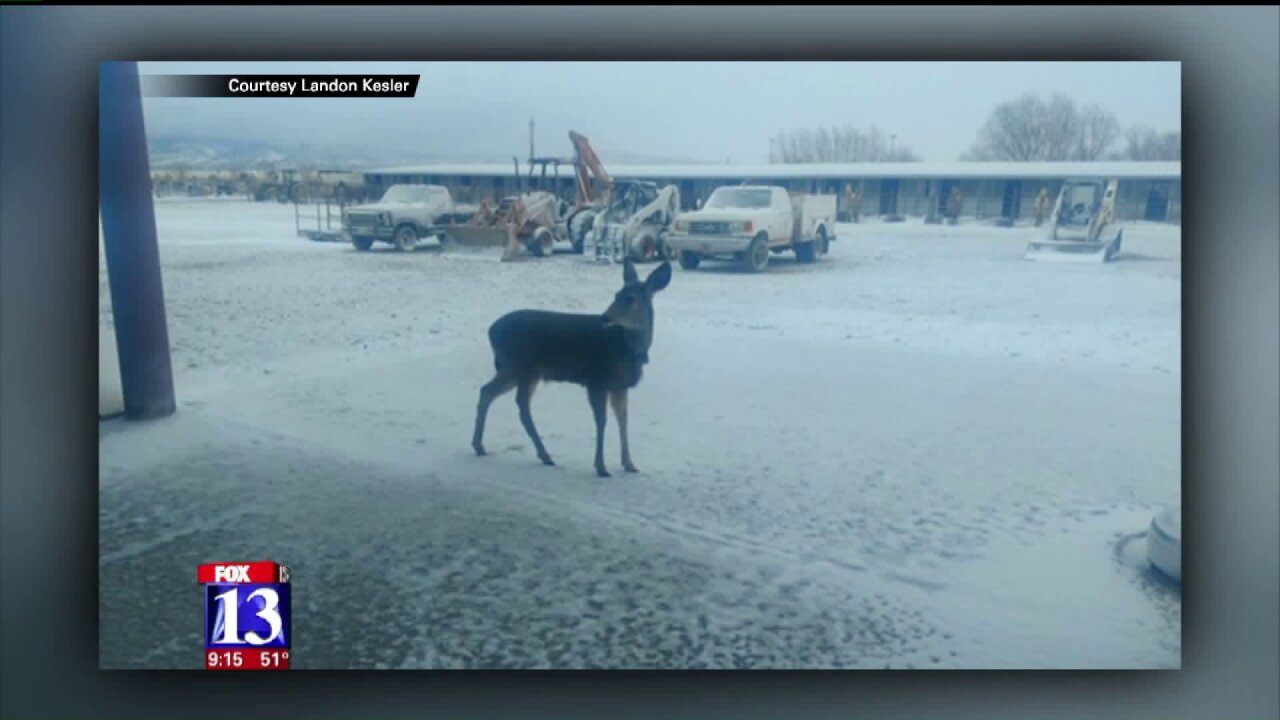 Last week the young buck was snuggling with Amber Moore's pets and children in Delta. Then the Division of Wildlife Resources relocated him 20 miles away in the mountains of Whiskey Creek.

It was only a matter of days before Jerky attached himself to the Kesler family at their farm in the nearby town of Holden.

"I'm not surprised that another family fell in love with him, he is very personable and everybody who met him, loved him,” said Moore.

Amber believes that Jerky became curious with all the horses on the farm, so he went to check them out and that's when he came into contact with Landon Kesler.

"Came walking up to me, and sniffed me, and I petted him for a minute and went to go into the building and he attempted to follow me in," Kesler said.

Jerky had an immediate impact on the farm. Besides raising livestock, they also run a rehabilitation center for people dealing with substance abuse issues.

"They very much enjoyed having it around, it’s kind of become a mascot," Kessler said.

As for the Kesler kids, they are already surrounded by animals on a daily basis, but they say Jerky was special.

"We just ran around with him and chased him and he chased us, it was like a dog playing with us," said 9-year-old Reese Kesler. "I asked if I can keep him and my dad is like, ‘Well we can keep him while he is here.’"

DWR said Jerky is not a pet, he's a wild animal. So for the second time in a week he was removed from a family that had taken him in as their own.

"A wild deer that someone feels like they tamed is still a wild animal, and it can become a liability and cause damage to property or worse than that, injury or harm to people,” said Robin Cahoon with DWR.

DWR relocated Jerky farther west, and they will continue to track him through a special collar.

"We really are optimistic that the condition he is in, that he will be able to live a good life,” Cahoon said.

"I think that they should just let him be who he is and what he wants to do with his life instead of keep putting him out there,” said Reese Kesler, pointing to the mountains.

DWR said if anyone has any further questions about their decision making or how people are expected to interact with a wild animal when it comes into their back yard, they can  go to wildawareutah.org.