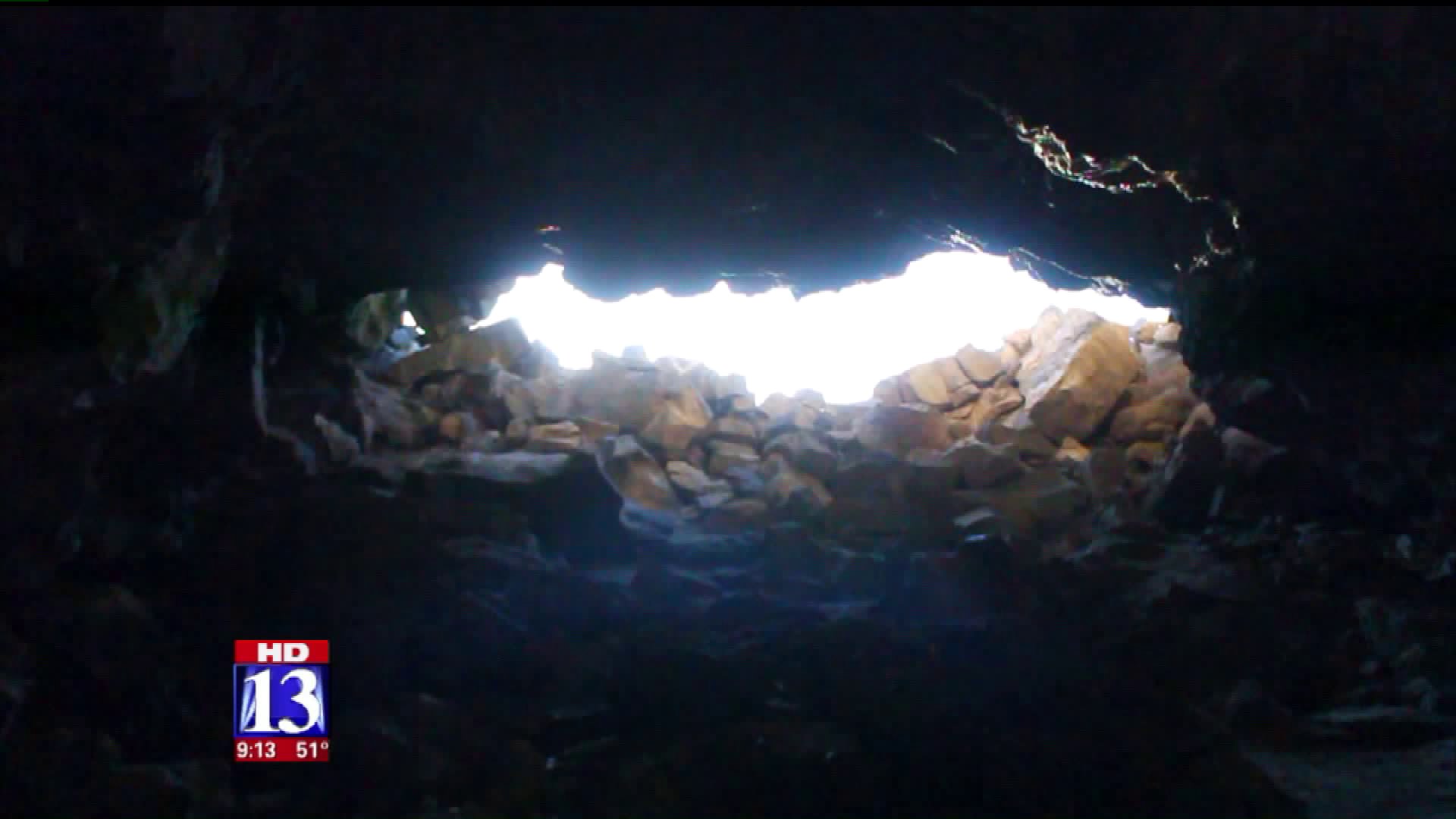 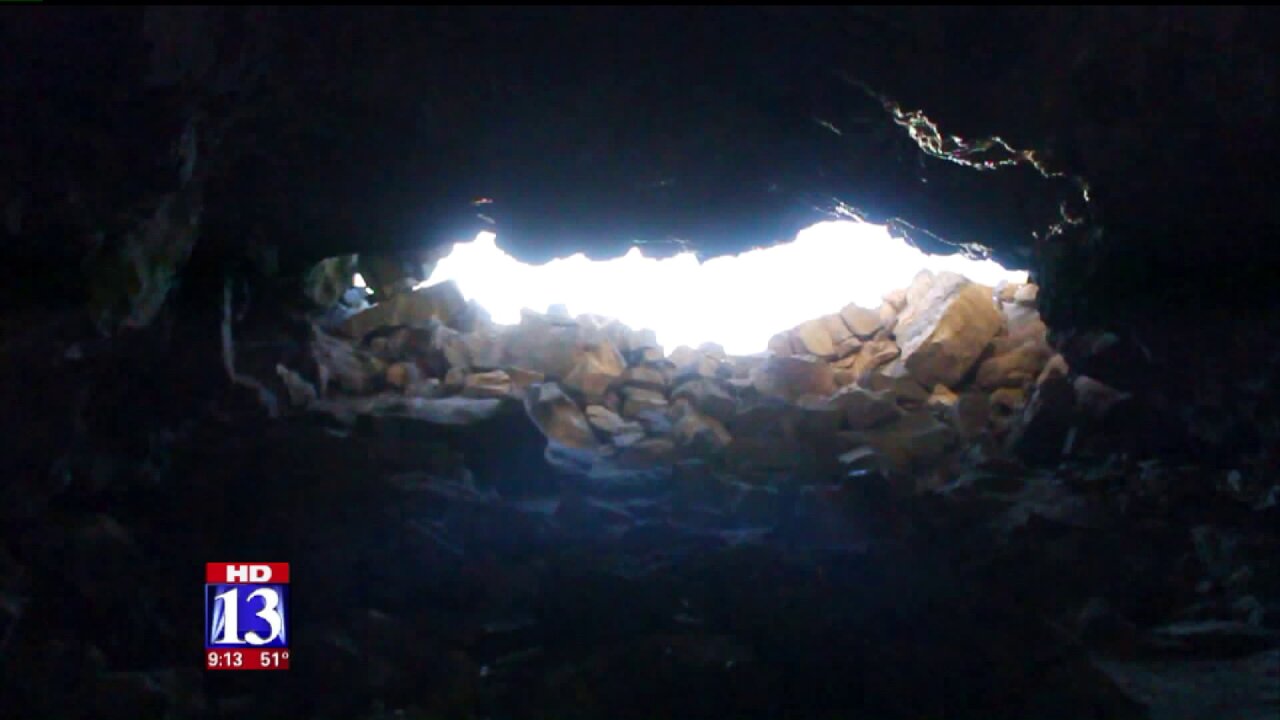 The lava tubes at Tabernacle Hill are located west of Fillmore at the end of a series of dirt roads, the last stretch being fairly rough.

From I-15, take exit 158 (just south of Fillmore) going south on Main Street into the tiny town of Meadow. Turn right (west) on Center Street. You will see a sign for White Mountain, 6 miles ahead.

Follow the (graded dirt) road 5.7 miles, going underneath I-15 out to White Mountain, which by Utah standards is a giant sandy hill (often used by ATV riders). Stay on the main road as it skirts around the north side of White Mountain and then makes a 45 degree turn to the north. As you continue, watch for the next dirt road to appear on your left (west) side, and turn on to it. Follow it for roughly 1.7 miles. Then watch closely for a sign that says "Lava Tubes 2".

At the sign you will turn left again, traveling 2 miles on another, rougher, dirt road. High clearance vehicles are preferable. The road may become muddy or impassable in bad weather. This last road leads to the base of the gently sloping Tabernacle Hill, and the entrances to lava tubes can be seen and accessed from the parking area at the base of the hill.

As for entering the tubes, some are easier and brighter than others. It is not uncommon to see people in shorts and T-shirts exploring the area, but it would be wise to cover up more as the lava rocks can be rather jagged. Many of the tubes are fairly well illuminated by their large openings and the occasional "hole" letting light into the tube from above. However, it wouldn't hurt to take a flashlight.

Aside from the tubes, the surface area offers a lot to explore, including remnants of lava flows and depressions and craters left behind by volcanic activity which took place thousands of years ago.

If you are going for the first time, be extra cautious. Take plenty of water and make sure you have gas as well as a first aid kit.

Obvious hazards aside, the lava tubes are a unique destination and a great learning experience. Have fun!