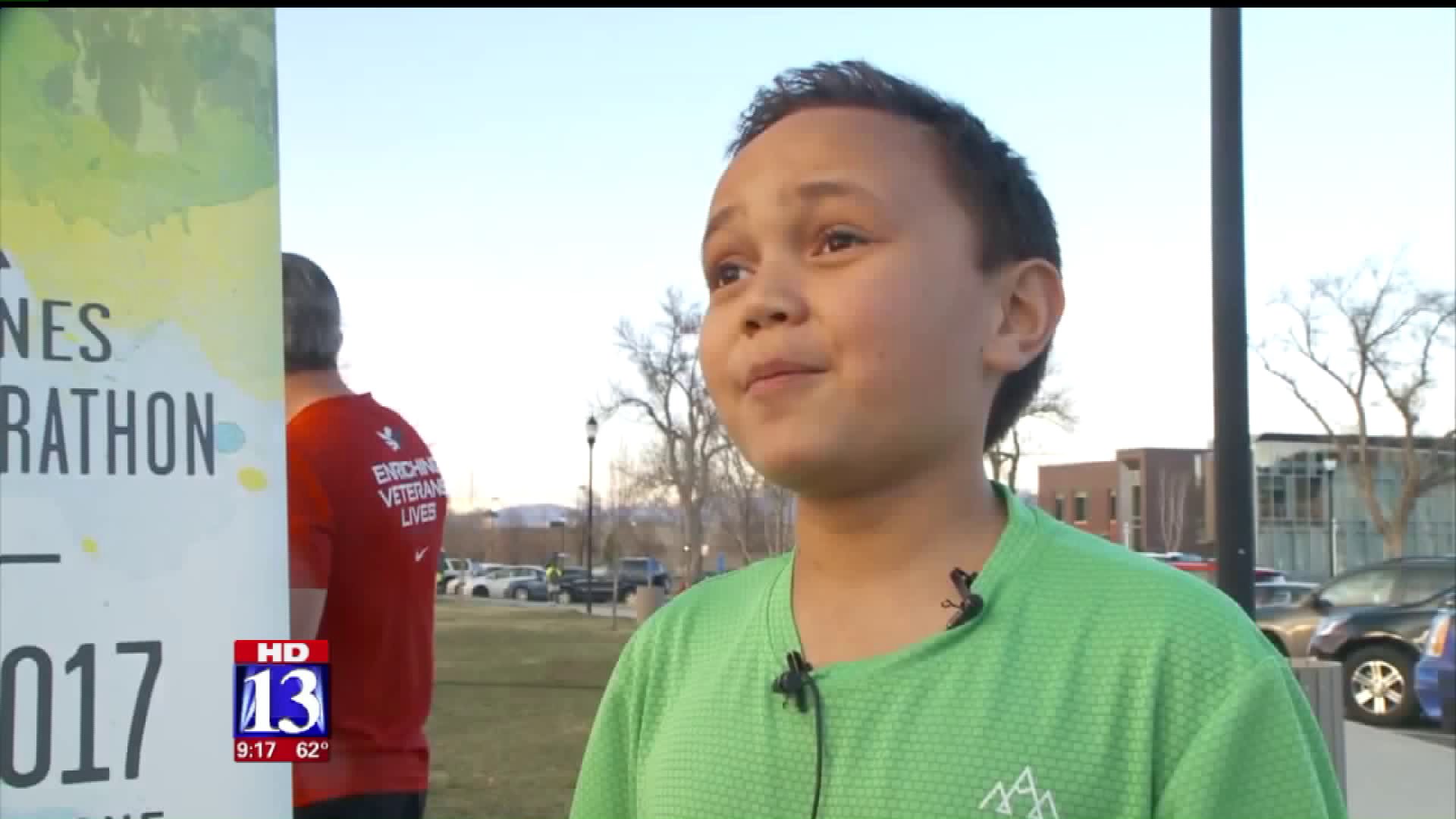 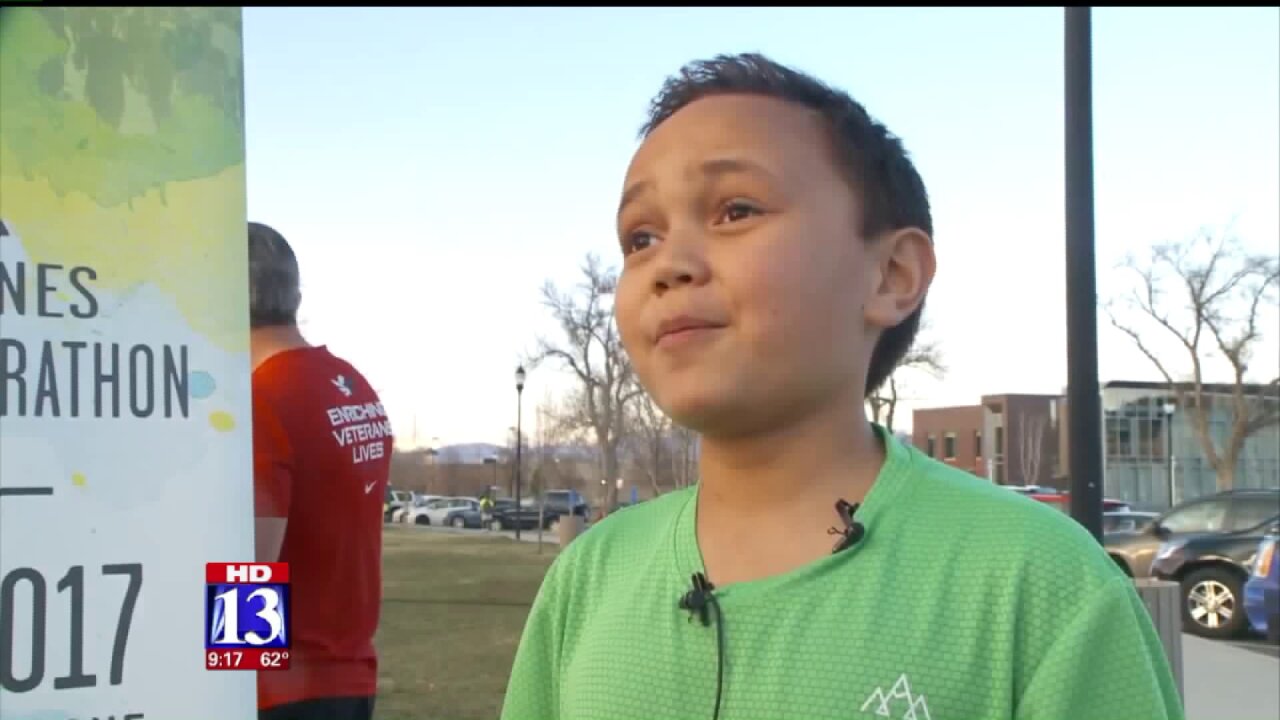 SALT LAKE CITY -- A Layton boy battling brain tumors was in for quite a surprise on Wednesday night when the Salt Lake City Marathon announced they chose him as their Celebrity Starter for the big race in April.

10-year-old Lota Ward loves to run and participates in half-marathons and marathons.

He said he lives by the mottoes, "I got this, you got this, we all got this," and "Always stay in Beast Mode."

Those mottoes have gotten him through more than just races. Lota was diagnosed with a brain tumor three years ago, and he said he's now undergone seven surgeries.

His life is different than any other boy his age.

"Lota's fight has been a rough one for our family, and for him," said Lota's mother, Rowena Ward.

But just like running a race, Lota always perseveres with a positive attitude.

And on a Wednesday night training run, Lota's fight and his outlook on life landed him a big surprise, and the chance of a lifetime.

"I thought I was just going to run and have fun with Team Red, White and Blue," he said, of why he and his family came to the Veterans Memorial Park in West Jordan.

As Lota walked with Team RWB, a group that focuses on connecting veterans with the community and that runs in the Salt Lake City Marathon, he came upon balloons and a banner for the April event.

Race Director Steve Bingham-Hawk asked Lota if he would be their Celebrity Starter.

"We would love to have you at the start of the race, and you get to blow the air horn and send 7,000 people out onto the course route," he said to Lota.

Before Lota ecstatically answered, "I'll love to do that!" as the crowd clapped and cheered, he said he wanted to ask his parents first.

Bingham-Hawk said Lota's "cute, charming and perfect" answer showed them the kind of person Lota is, with how much he clearly values his family.

He said each year they choose the Celebrity Starter based on someone who embodies the spirit of the race and who demonstrates perseverance, goal setting and a community-oriented attitude.

"We were really inspired by his story when we found out about him last year," Bingham-Hawk said.

Lota's mother said they were humbled and deeply grateful for the honor.

"Truly blown away," she said. "I feel very honored to know that Salt Lake City Marathon would even think of having Lota be their starter."

Not only will Lota kick off the race, he'll run with Team Red, White and Blue.

At the big announcement, the team asked Lota to carry the American Flag for the team for the first mile of the race.

For this 10-year-old boy who loves to run, his story will continue to inspire others that they, too, can overcome.

The Salt Lake City Marathon will take place Saturday, April 22 and include different types of races for all ages and ability levels. Click here for more information.