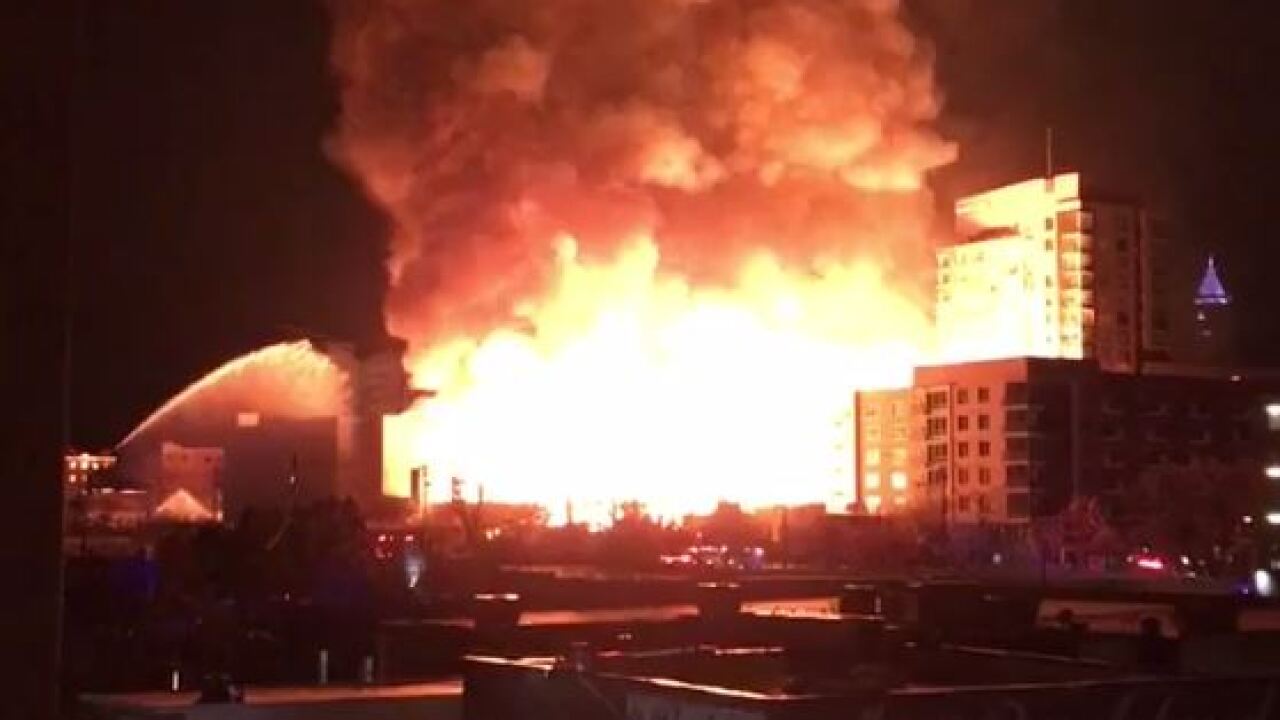 WTVD reports the four-alarm fire broke out Thursday night at a construction site in the area of 400 West North Street but may have since spread to other nearby buildings.

Dispatch officials tweeted the fire went to five alarms shortly before 9 p.m. MDT, and they stated that a tower crane has collapsed and several adjacent structures are now threatened.

While it is unclear if there are any injuries, WRAL reports residents in nearby buildings have been evacuated and that the fire has spread to a high-rise building in the vicinity. Firefighters told WRAL there is a possibility that people could be trapped inside.

At this point it is unclear what caused the fire. See the tweets below for footage of the fire.

Massive fire in downtown #Raleigh tonight. I hope everyone in the adjacent buildings is okay pic.twitter.com/33hxBjR4VD