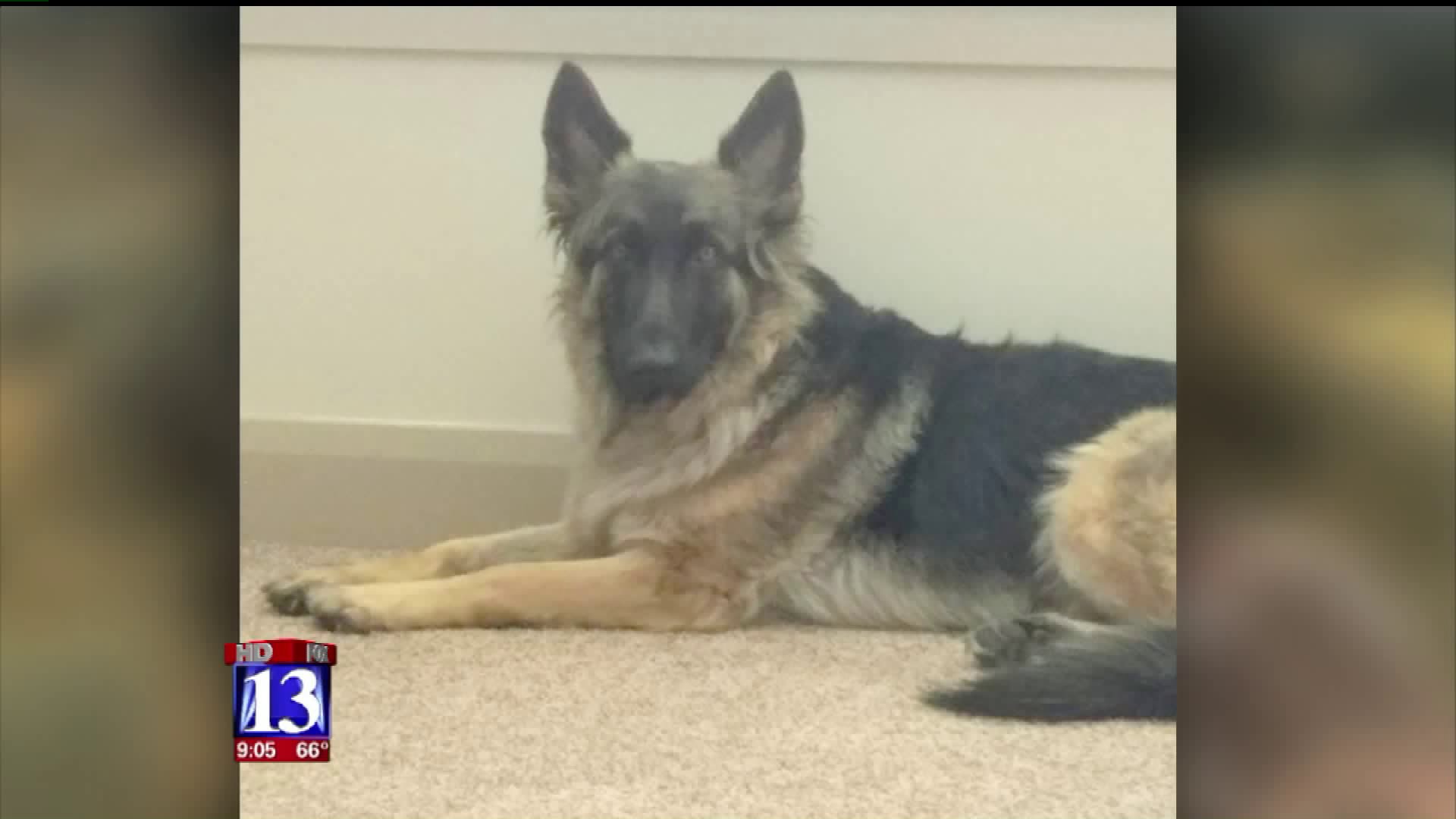 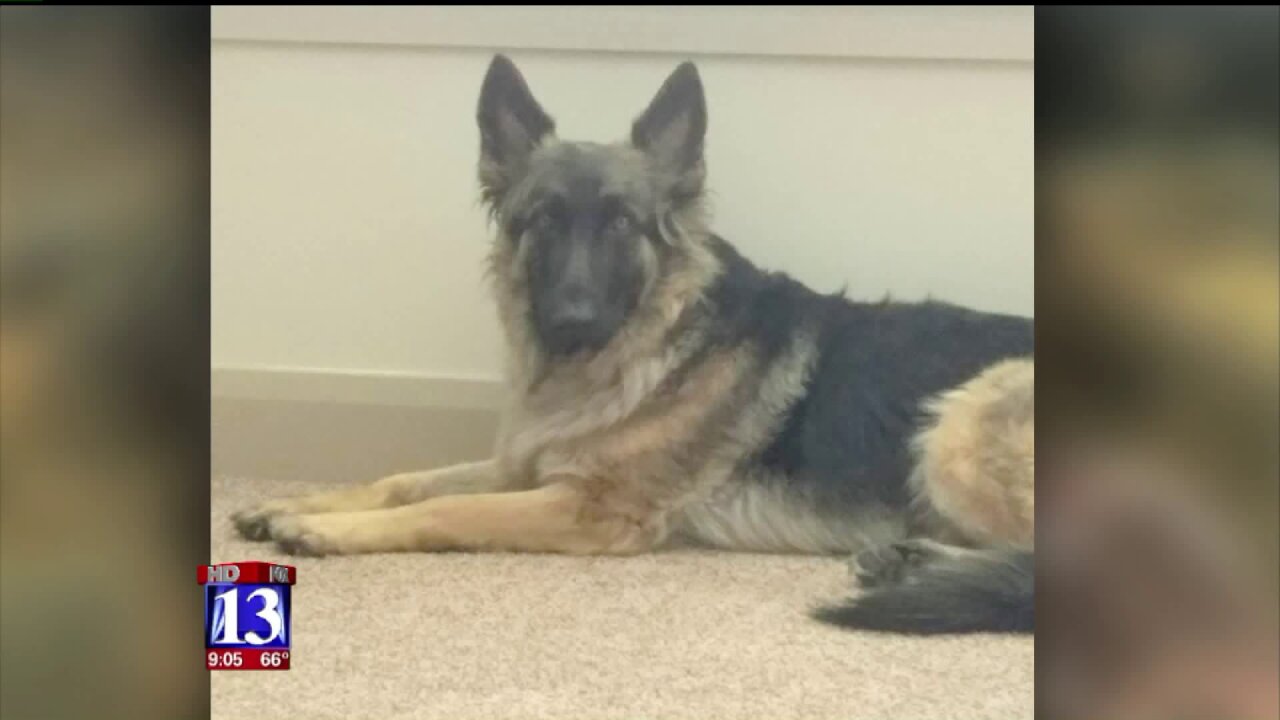 SALT LAKE CITY -- A southern Utah woman is desperate to find her service dog after the canine disappeared nearly 200 miles from home.

Several homeowners in the small town of Genola, which is near Santaquin in Utah County, have pitched in to help Shari Swift find her dog named Shea.

“This town has really just pulled together,” Swift said of the search for her beloved 2-year-old German Shepherd.

The distraught dog owner said Shea took off from a yard in Genola on Monday, one day after she dropped Shea off to breed.

“It has just been as if half of my heart is missing,” she said.

Shea is a PTSD service dog for Swift, and was set to breed puppies that would also serve as support animals.

“When you have these dogs, they end up being able to get you back into normal living situations,” she explained.

Danielle Harmon, who owns the male dog Shea was to breed with, had been taking care of Shea in her Genola home.

She took Shea outside, and the dog bolted.

“‘Come back Shea!’ And didn't see her, so I hurried and ran inside, grabbed my keys, come out on the front porch and… gone,” Harmon recounted.

Since then, Harmon’s family has spent their days driving around in a truck and on an ATV, and searching by foot.

Swift drove back up from Cedar City with Shea’s mother, 4-year-old Sasha, to scour the town.

“We could tell that she had been there,” Swift said, referring to a hillside in the distance where they found dog tracks and where Sasha—a search dog—had picked up Shea’s scent.

Swift and Harmon also hung up missing posters on every stop sign in the area.

“We're doing what we can at this point,” Harmon said.

It brings hope, but hasn’t yet brought Shea home.

She’s now gone five days without a stable source of food or water.

Swift said the situation continues to grow more urgent, and she’ll now be camping out in her truck with Sasha in the area where Shea was spotted, in hopes their scent will attract Shea to return.

In the meantime, the rest of the town is offering support by searching and providing Swift with food and water, as they try to track Shea down before time runs out.

Anyone who thinks they see Shea in the Genola area is urged to call Swift at 707-704-6667 immediately, and Swift said do not approach Shea as she is frightened and may not respond well.