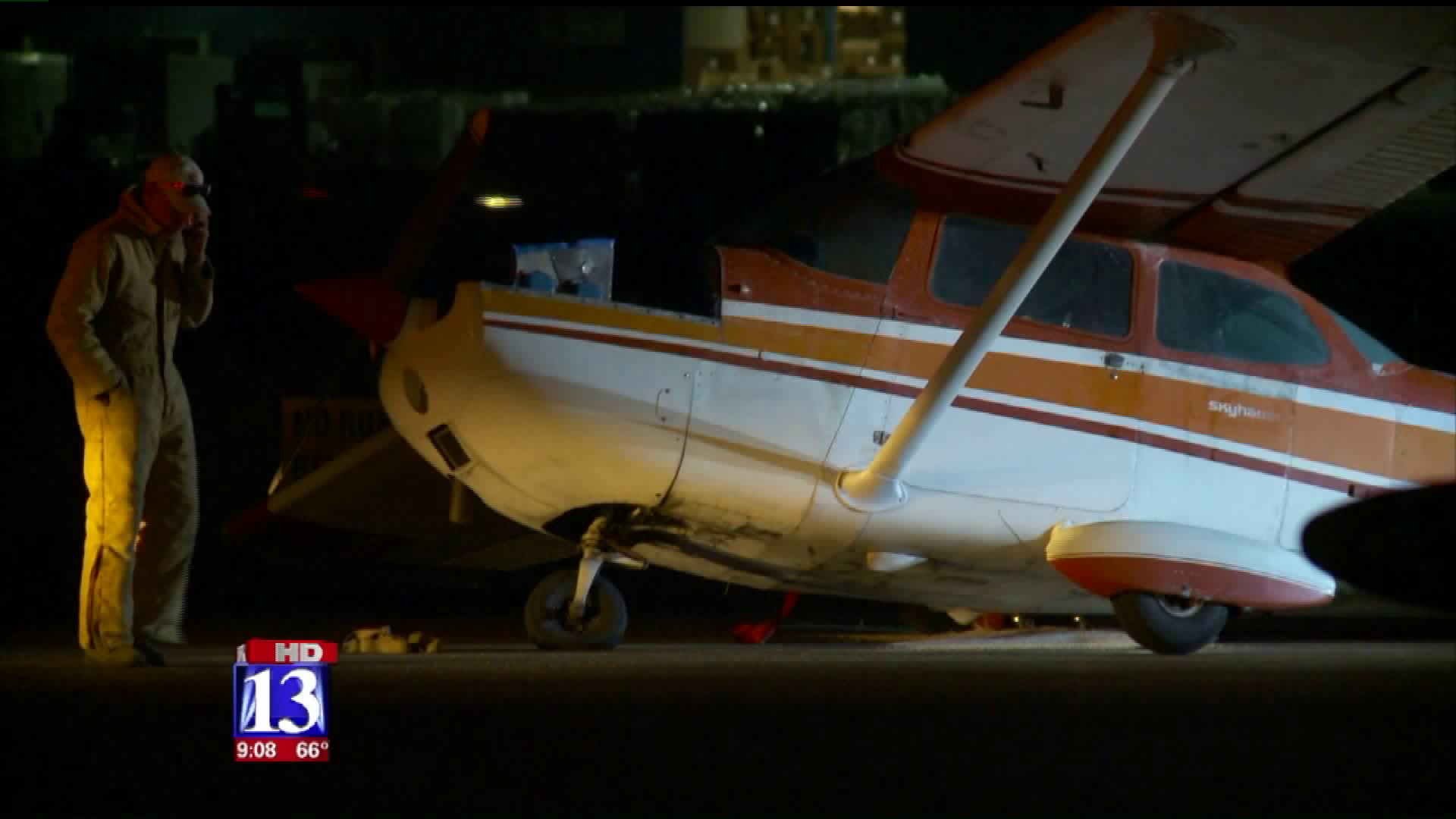 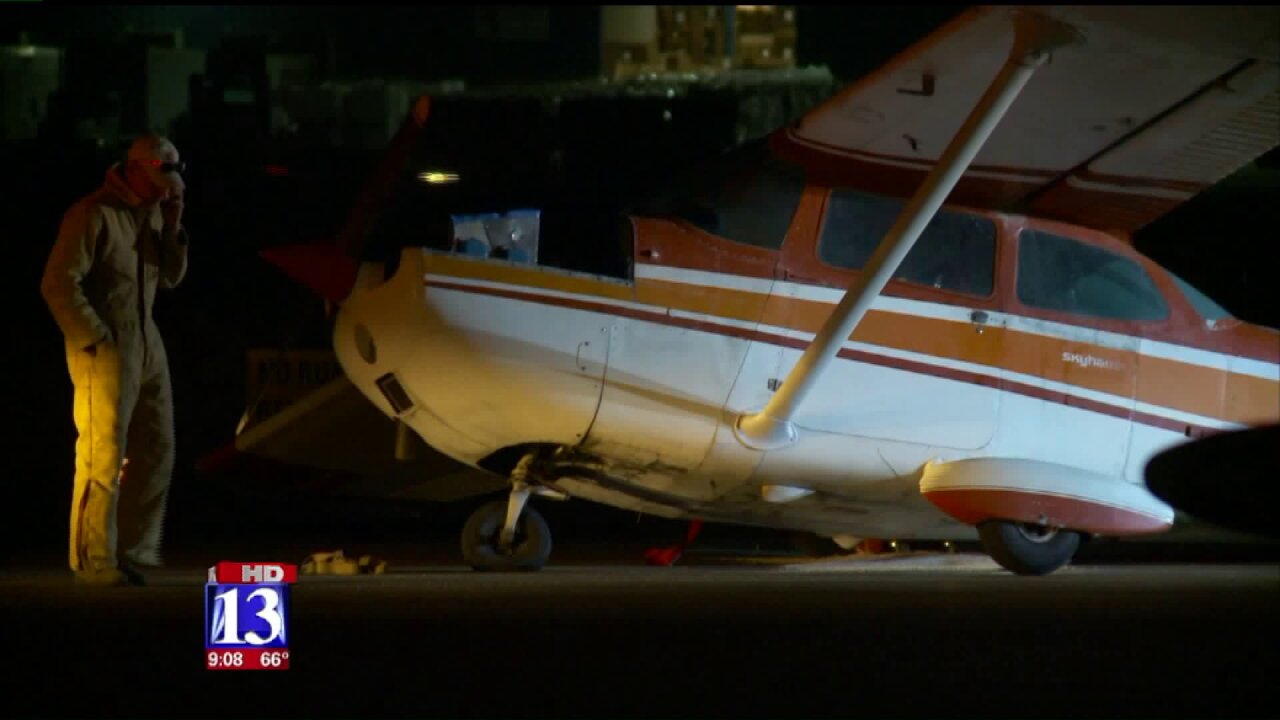 SPANISH FORK – A car involved in a race crashed into a parked plane with a pilot inside at Spanish Fork-Springville Airport Friday night.

“All of a sudden there was a crash, and after a few seconds of being stunned I knew immediately what had happened,” said Preston Johnson, a 17-year-old pilot in training.

Johnson was getting in some night hours with his instructor on Friday in Spanish Fork. His plane was parked, and his instructor was out checking the plane's lights when the crash occurred.

“A Corvette hit me at pretty decent speeds, I hear," Johnson said. "I don't know cause I didn't see it."

Police say two middle-aged men attending a party at a nearby hangar took their sports cars out for a drag race on the taxiway.

“Mostly the sound is what caught me off guard," Johnson recalls. "Gear got taken out, the slant of it, and then [I] was completely surprised that just happened."

The Corvette came just close enough to the plane to clip the wheel. Thankfully, no one was hurt.

“If he had hit me straight on and hit my engine on it would have been a different story,” Johnson said.

The two drivers, one in a Corvette and the other in a Porsche, were cited for reckless driving.

“They were not kids, they were old enough that they really know better, and they exhibited very poor judgment and they are very remorseful today and there's going to be significant consequences,” said Cris Child, Spanish Fork Springville Airport Manager.

“A citation, [and] a mandatory court date usually with that, where they need to appear to court to explain what they were doing, essentially, to a judge,” said Sgt. Courtney Jones with Spanish Fork PD.

Cris Child says the party host who let them through the gate is not off the hook either. Police say he was talking with the drivers via a radio, telling them the taxiway was all clear.

“He'll probably be facing pretty considerable penalties up to and including losing his lease on the hangar,” Child said.

The airport says they will be implementing more security and will do everything in their power to make sure nothing even close to this happens ever again.