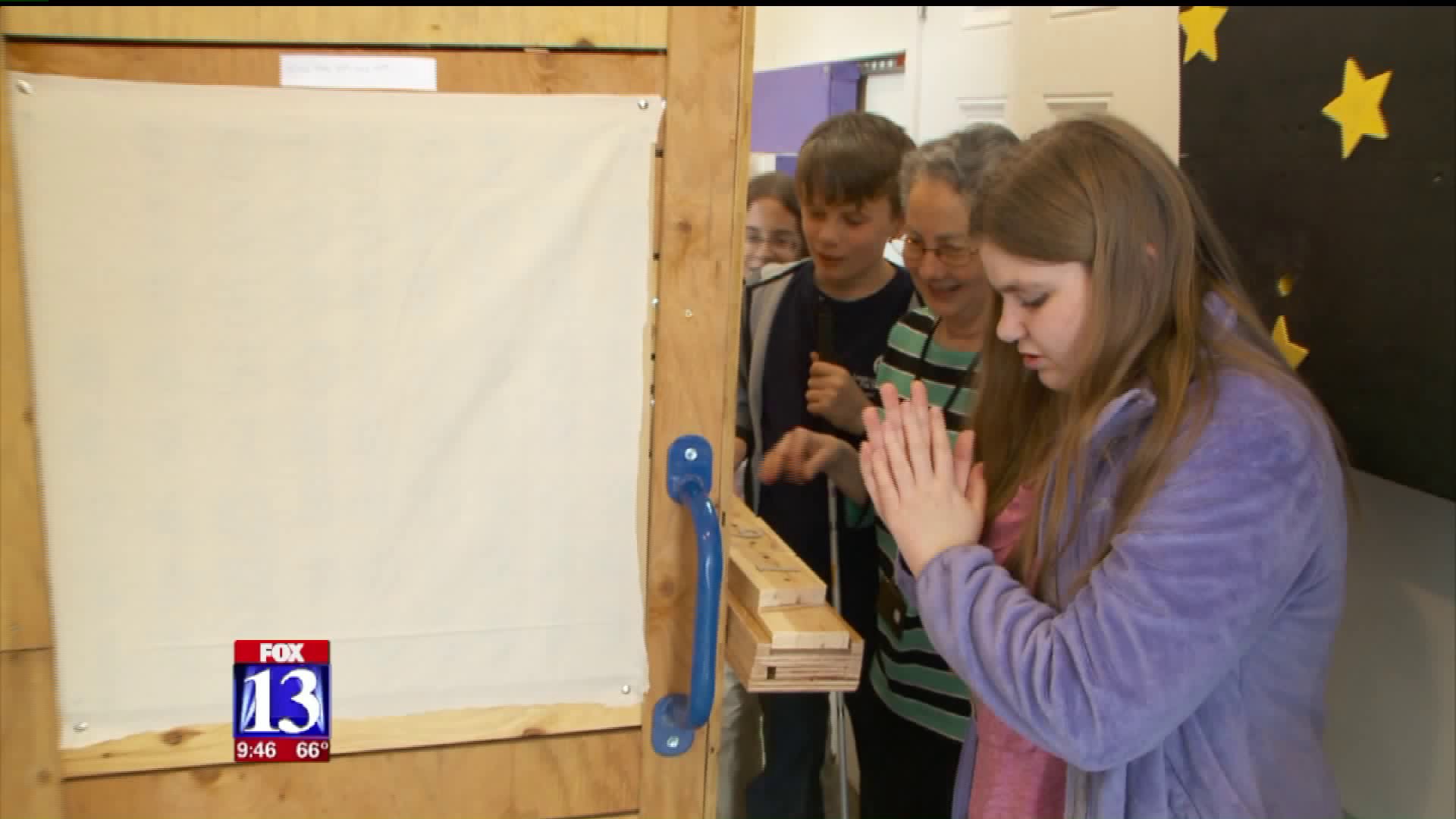 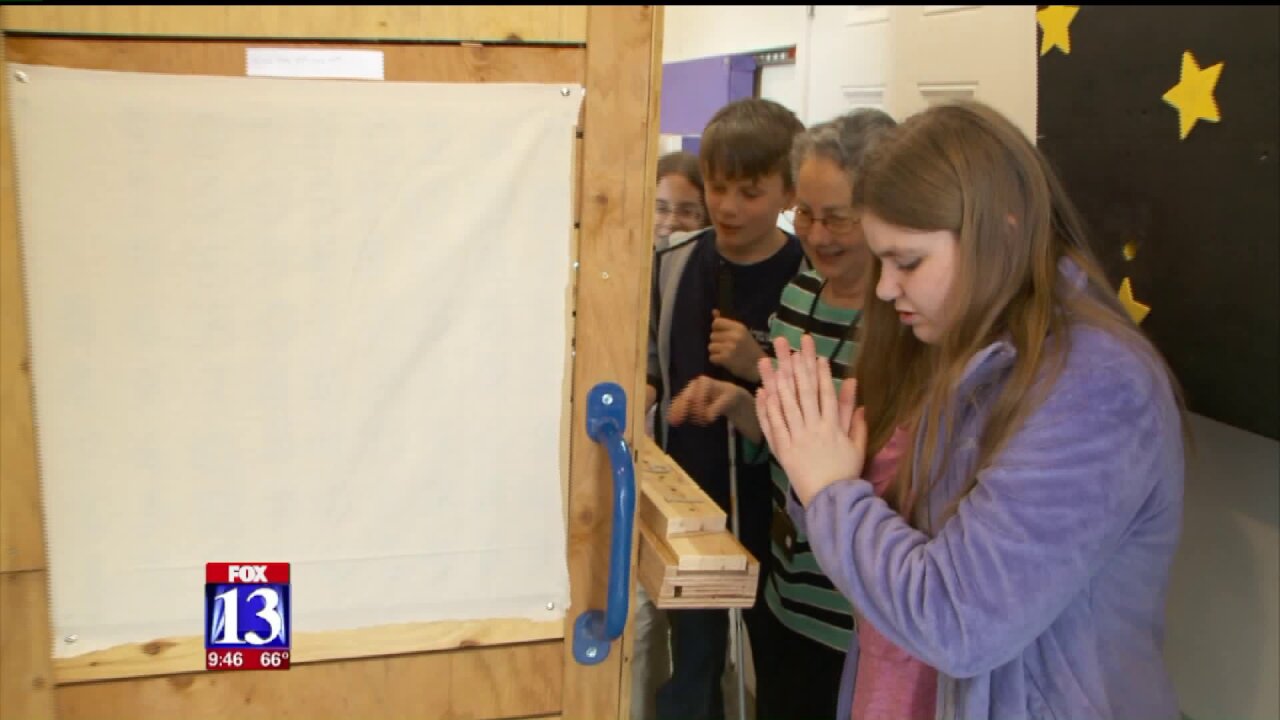 His clients have 45 minutes to get out after being locked inside one of several trailers, but recently a teacher challenged Smith to create an escape room for her visually impaired students.

“I lock people inside and they have to figure out how to escape,” Smith said of his profession.

Shirly Jimenez, who teaches at the Utah Schools for the Deaf and Blind, initially asked Smith to modify one of his rooms for her students.

"I have a soft spot, I don't know, whenever teachers call me, I get very—their passion kind of translates over to me, I love being creative, and thinking of new things,” Smith said.

He decided to build a whole new set-up instead, and he said the challenge was figuring out how to design a puzzle and communicate the clues without relying on visual cues.

“I wanted them to be very tactile and be able to feel everything and interact with it as much as possible,” Smith said.

Using various clues like fabric, knots on ropes, and patterns along with numbers and letters, the kids had to figure out how to free a stuffed elephant from a locked crate.

Amber Murphy was among the students who participated, and she said the clues ranged in difficulty.

It was Amber who figured out that a series of patterns was the secret to solving a particular puzzle, but they all found out that the only way to free the elephant was to work as a team.

“That's what you do as a team, you help each other think of things that maybe you wouldn't have thought of on your own,” said Brandee Hicks, another student who participated.

The kids figured out that lining up several blocks with numbers on them was the final trick to solving the puzzle.

The kids say they had a blast.

"My favorite part, was probably, I don't know, the whole thing,” Brandee said.