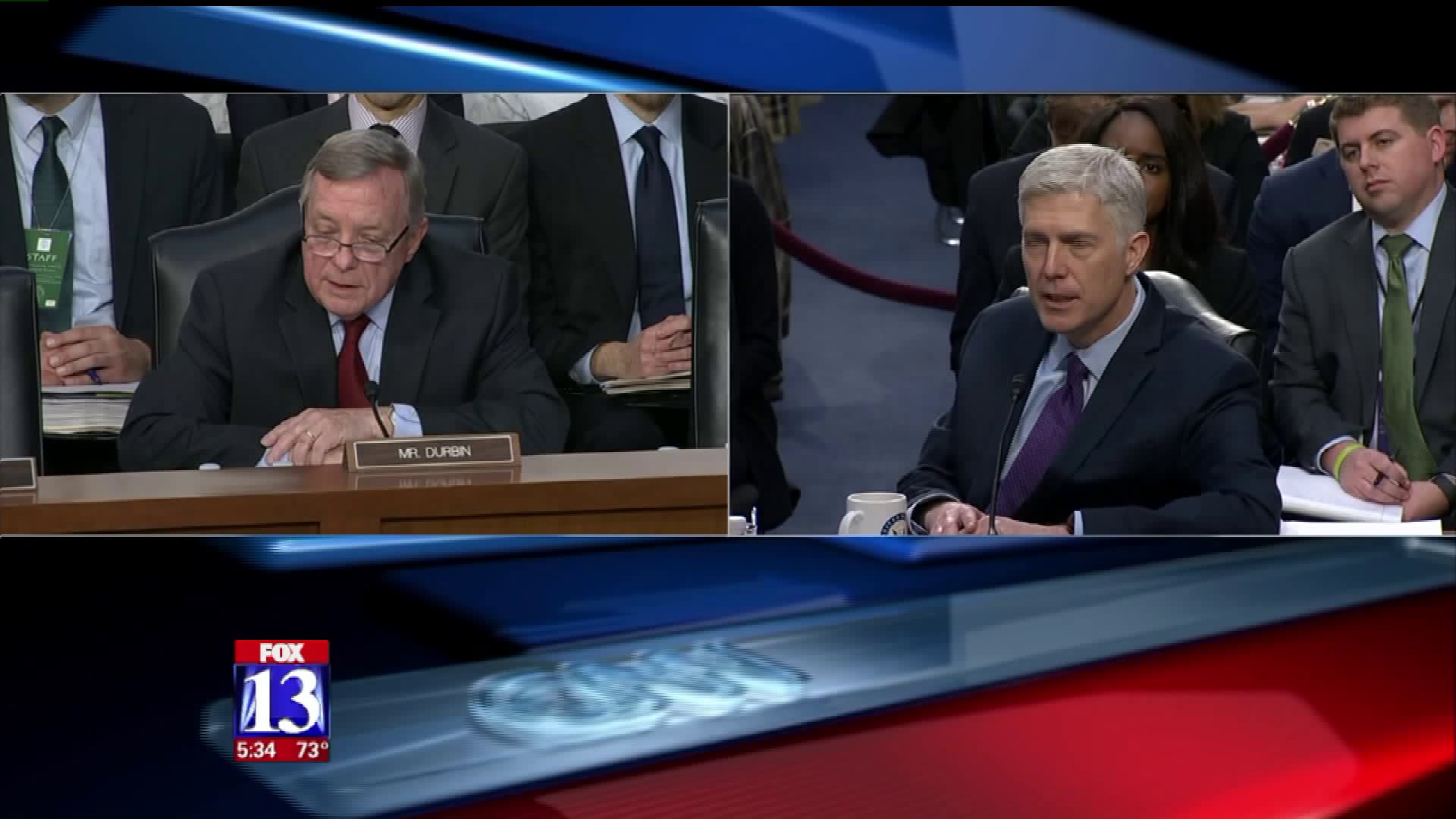 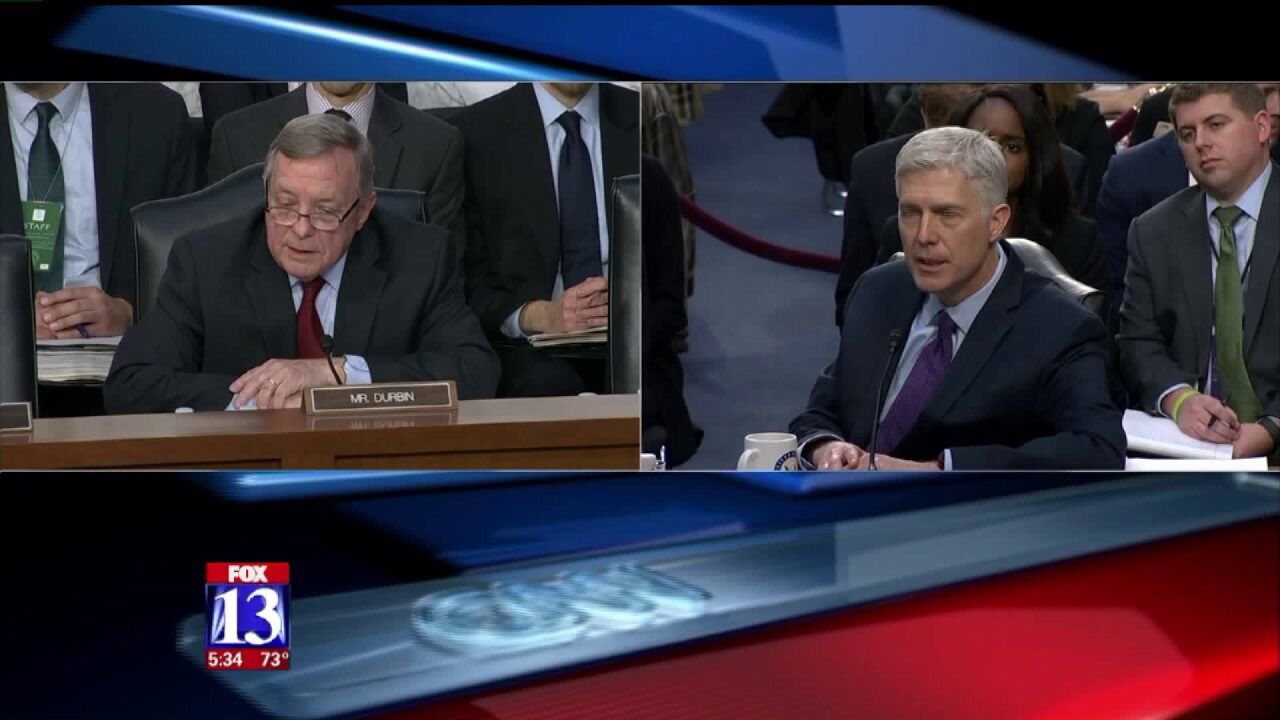 SALT LAKE CITY -- Judge Neil Gorsuch spent a long day on Capitol Hill facing questions from the Senate Judiciary Committee in his quest to take a seat on the U.S. Supreme Court.

Among his questioners: both of Utah's U.S. Senators, Orrin Hatch and Mike Lee.

With 40 years on the committee, Hatch was the second Republican to ask questions after Committee Chair Charles Grassley of Ohio, and Ranking Member Dianne Feinstein of California.

Hatch lobbed softballs and Gorsuch played his role as the slugger, hitting them out of the park.

Hatch asked the nominee if he favors the "big guys" over "the little guy" as "liberals" claim.

"When I became a judge, they gave me a gavel, not a rubber stamp," Gorsuch answered, adding that nobody comes into his court expecting a rubber stamp.

Senator Mike Lee's questions focused on Gorsuch as a mentor to law clerks, some of whom sat directly behind the judge, smiling as he talked about their work together.

Some of the toughest questionings of the day came in this exchange between Gorsuch and Al Franken.

Listening, you'll see that even the tough grilling from Democrats on the committee didn't puncture Gorsuch's polished exterior.