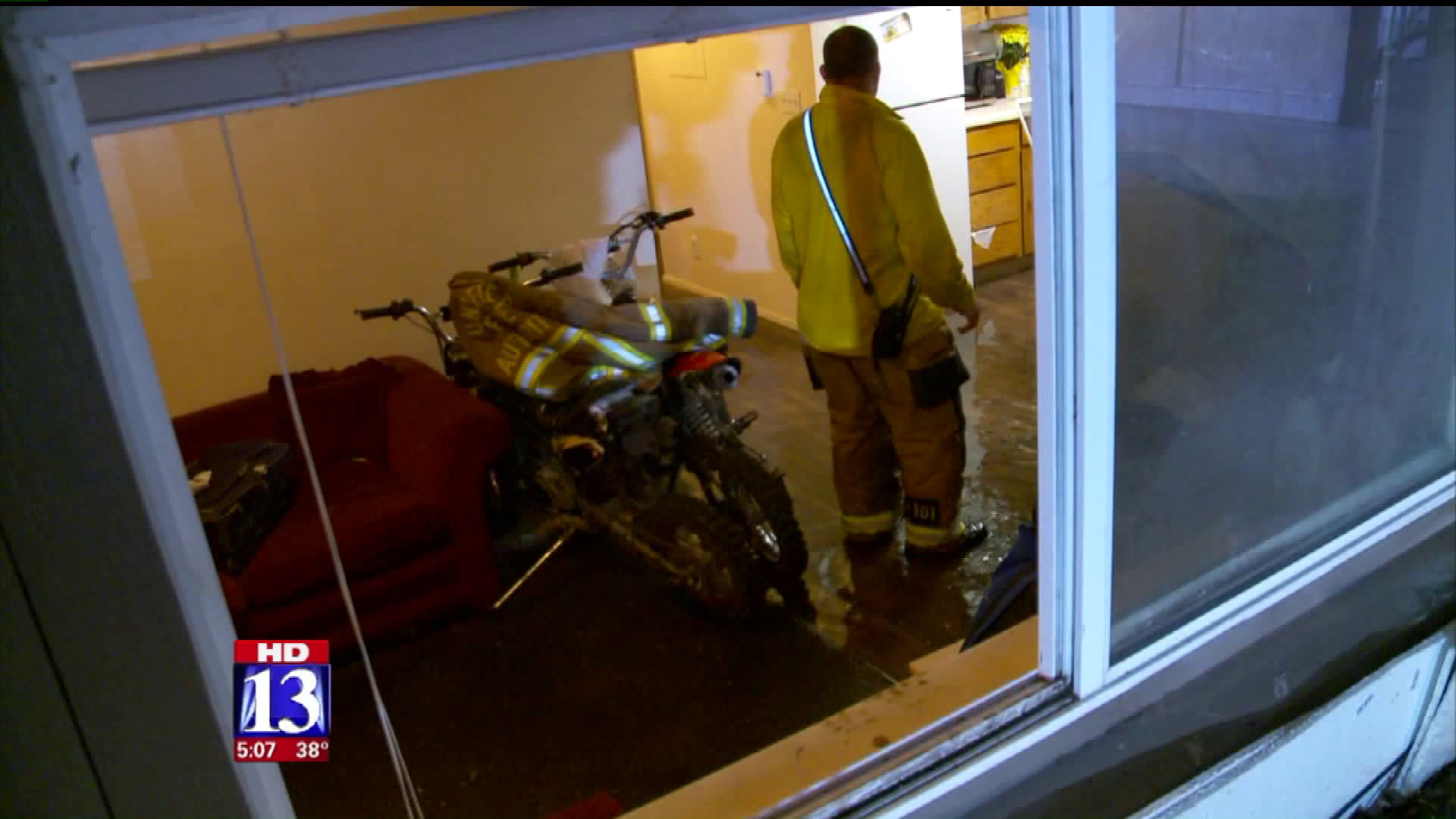 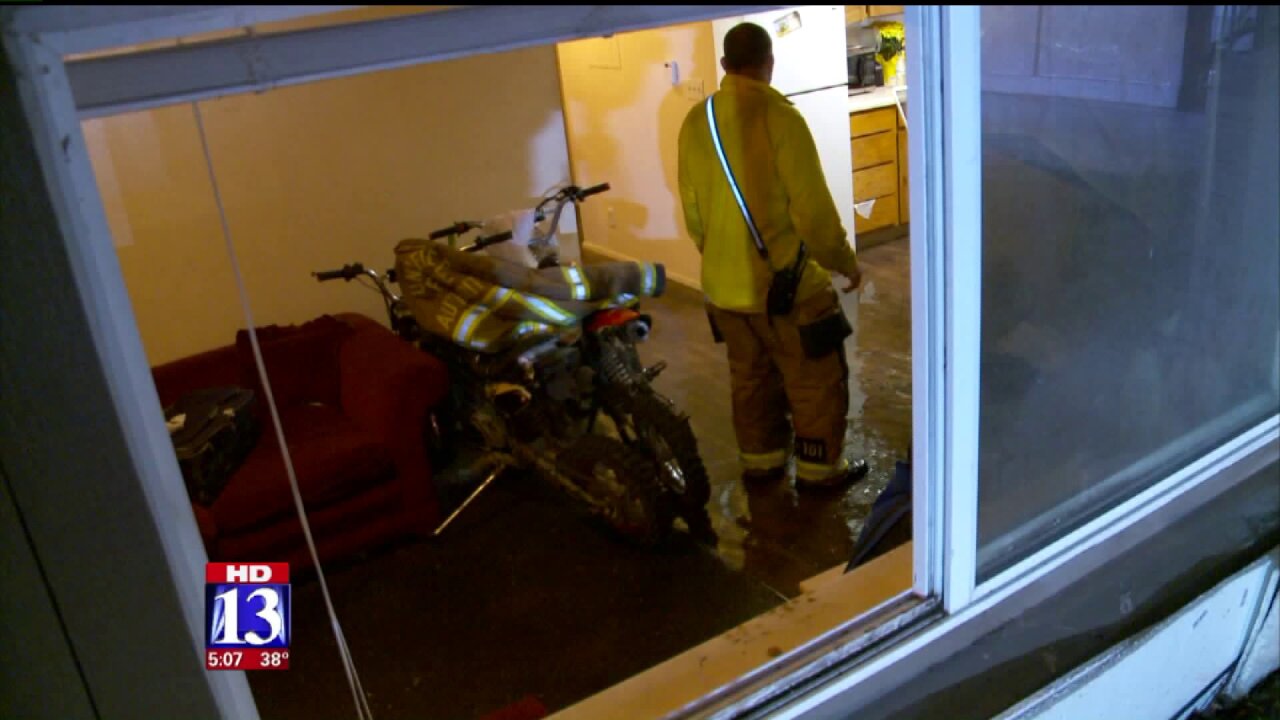 SALT LAKE CITY — Two families had to evacuate their apartments in Salt Lake City Thursday morning as heavy rains caused floodwaters to seep into their homes.

"So I woke up and turned on my flashlight from my phone, and a whole bunch of water was coming in from the doorway through a little crack, that's when we noticed it was kind of flooded," said resident Juan Vaquera.

Vaquera said he got out of bed and stepped into about 2-inches of standing water.

"I turned on all the lights in the living room, and I started telling everyone to wake up and it was heading over to the living room now,” Vaquera said.

His sister said as the water started rising she started to panic. She’s never been in this type of situation.

The fire department arrived a short time later and began pumping the water out from the two apartment units. However, the damage had been done.

"It was all over the bedroom, bathrooms, the whole living room floor, the carpet, it was all wet,” said Juan Vaquera. “Everything is pretty messed up.”

Only two apartments were actually flooded, but dozens more were affected by the rain. The parking lot looked more like a pond. Getting in and out was a challenge for many Sunnyvale residents throughout the day.

Sunnyvale said this type of flooding was out of the ordinary, but the flood victims said from now on they will always be worried every time it rains.

“Because the drains aren’t working, so they don’t know what to do besides trying to get it all out with buckets and stuff like that,” said Juan Vaquera.

Management did work throughout the day to pump out the water and those residents that suffered flooding are now back at home.