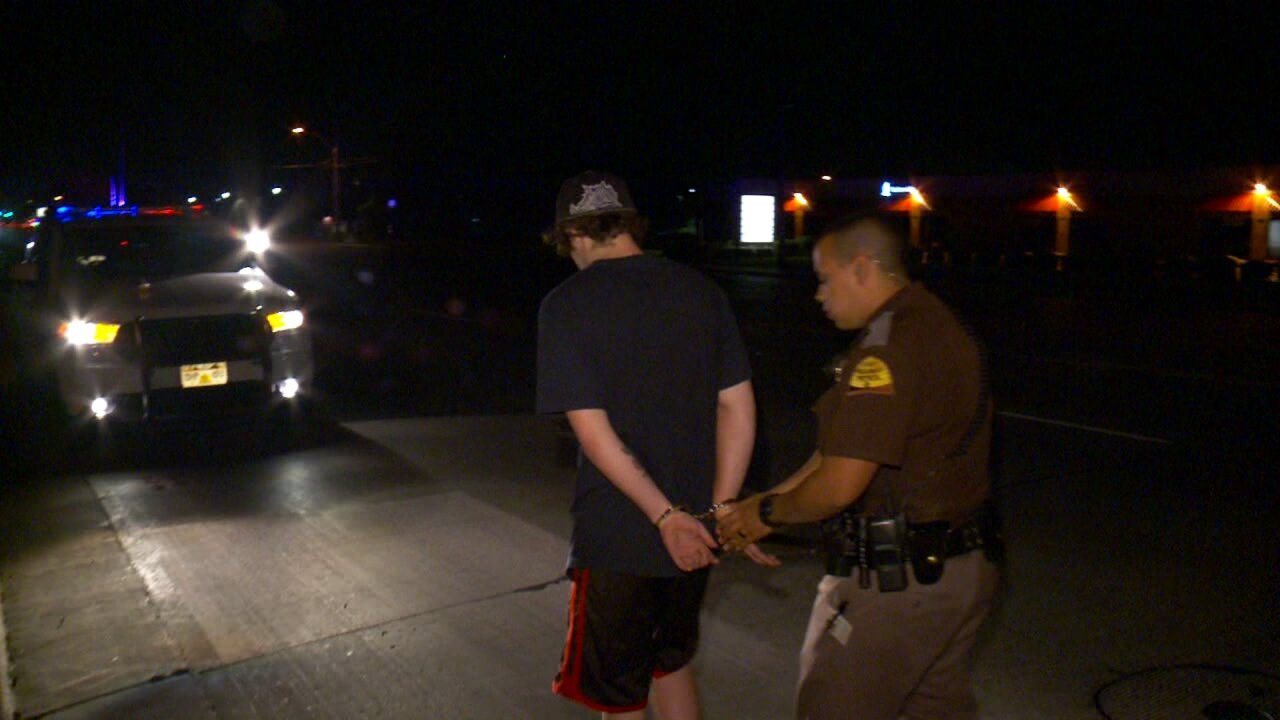 SALT LAKE CITY -- Utah Governor Gary Herbert has signed a bill lowering Utah's DUI level from .08 to .05, making it the lowest in the nation.

The governor signed the bill late Thursday, hours after announcing to reporters his intention to make it law.

"My responsibility is to evaluate and decide whether in fact going to .05 is in fact good policy. That’s my charge, is it good policy? And I’m here to announce that after thorough analysis that I believe it is good policy and that this new policy will in fact save lives," he said at his monthly news conference on KUED.

However, Gov. Herbert said he would call a special session to address "unintended consequences" of the law, which could also include delaying it's implementation beyond 2019. Some lawmakers (including House Speaker Greg Hughes) have said they would prefer to wait until other states move to .05 so Utah is not alone.

The bill's sponsor, Rep. Norm Thurston, R-Provo, told FOX 13 he was thrilled by the governor's decision.

"We’re first in a lot of things and one thing we can be first in is prioritizing highway safety," he said.

The decision to make the change to Utah's drunk driving law came after a lot of lobbying against the bill. In numbers provided to FOX 13 under a request to the governor's office, 3,818 phone calls, emails and letters had been received as of Thursday morning asking for HB155 to be vetoed (including about 1,000 form emails), while 444 called or wrote in favor of the bill.

Gov. Herbert said he did not believe the policy would hurt tourism as hospitality leaders have claimed, noting that much of the world has adopted a .05 Blood Alcohol Content (BAC) level.

"If we look at the world, we're not weird," he said, adding that Utah could sell the DUI bill as making our state safer than others.

Restaurant and hospitality groups -- including the Utah Restaurant Association and the Salt Lake Area Restaurant Association -- met with the governor to urge him to veto the bill. They insisted they did not condone drinking and driving, but feared it would harm their business by scaring people into staying home, fearful that one drink could land them in jail for DUI.

"Any downturn in our sales from people who decide to go to a different state, don’t want to come to Utah or don’t want to go out to eat negatively impacts our sales which affects taxes in Utah, which affects the ski industry, the tourism industry, the hospitality industry and the restaurant industry," said Doug Hofeling, the Chief Operating Officer of Wasatch Beers, which owns Squatter's, a popular local brewery.

Ski Utah CEO Nathan Rafferty told FOX 13 on Thursday that he did not believe HB155 would help lure tourists.

"People have a lot of options when they go on vacation somewhere. It doesn’t give us a competitive advantage, that’s for sure," he said. "We appreciate the governor’s thoughtfulness on how he approached this difficult issue. We are going to work with the governor’s office and Utah Office of Tourism to make Utah not only a safe place to visit as a tourist but a desirable location."

Supporters of the bill pushed it as a matter of public safety, by insisting no one should ever drink and drive.

"Lowering the blood alcohol content limit reduces the number of deaths and injuries from alcohol-related crashes, and it will not result in negative consequences for tourism," said Boyd Matheson, the president of the conservative think tank Sutherland Institute, which backed the bill.

"Opponents of HB 155 are attempting to make this law about Utah’s public image – about limiting the choices of citizens and visitors to the state. HB 155 will have no impact on what or how much individuals drink – it is focused on protecting lives by ensuring those who choose to drink also choose not to drive impaired. We applaud Gov. Herbert’s decision to sign this bill into law."

If a special session is called, FOX 13 is told lawmakers could water down HB155 to delay when it becomes effective and its overall impact if someone is ever arrested with a .05 BAC. There could be a reduction in penalty to avoid someone losing their job or having a significant impact to car insurance. Other states have had a tiered system for DUI and the level of BAC someone is convicted of having.

Rep. Thurston said he was open to making some changes.

"Again, everything’s on the table," he said. "Nothing’s ever off the table with the legislature."