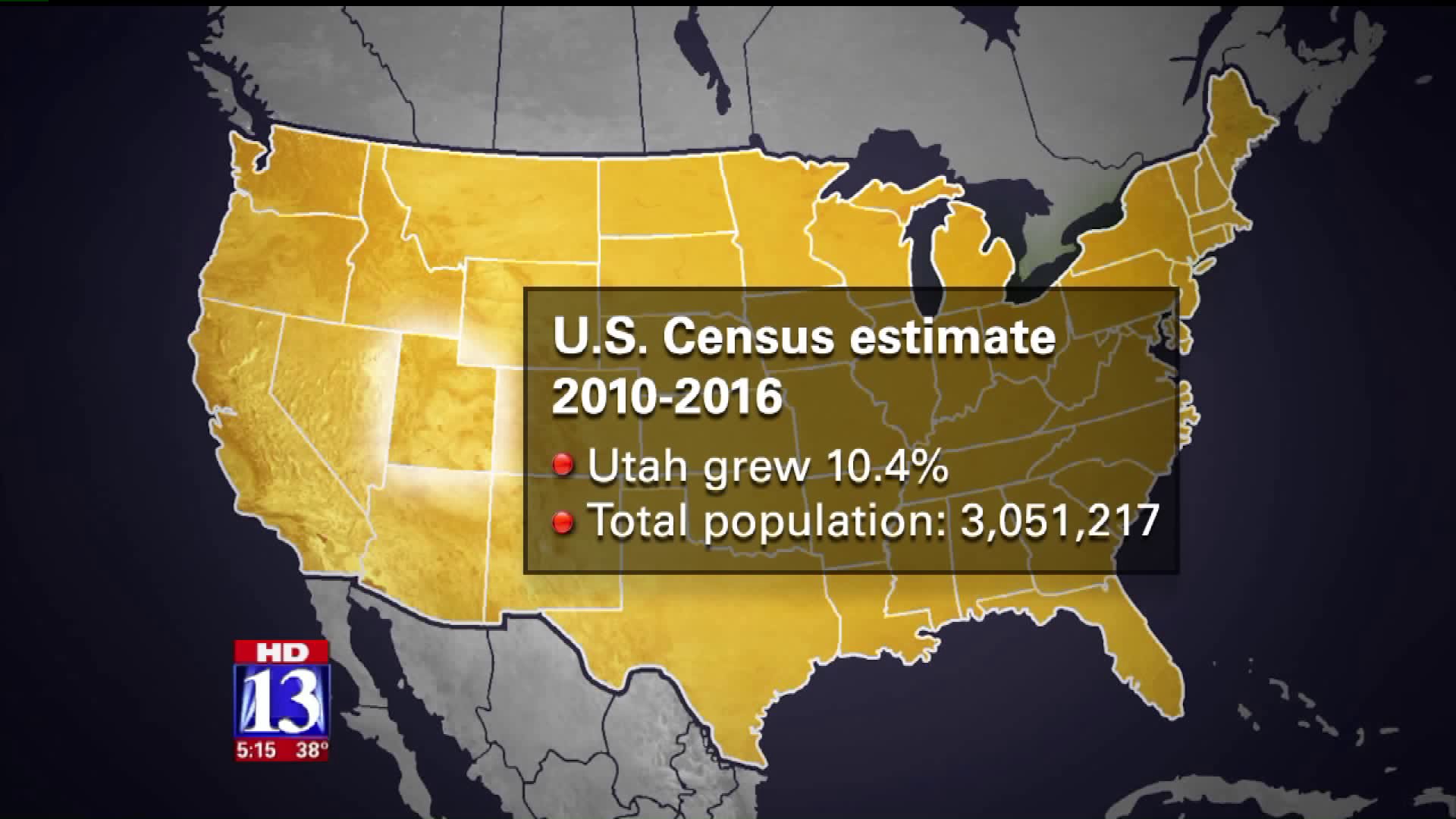 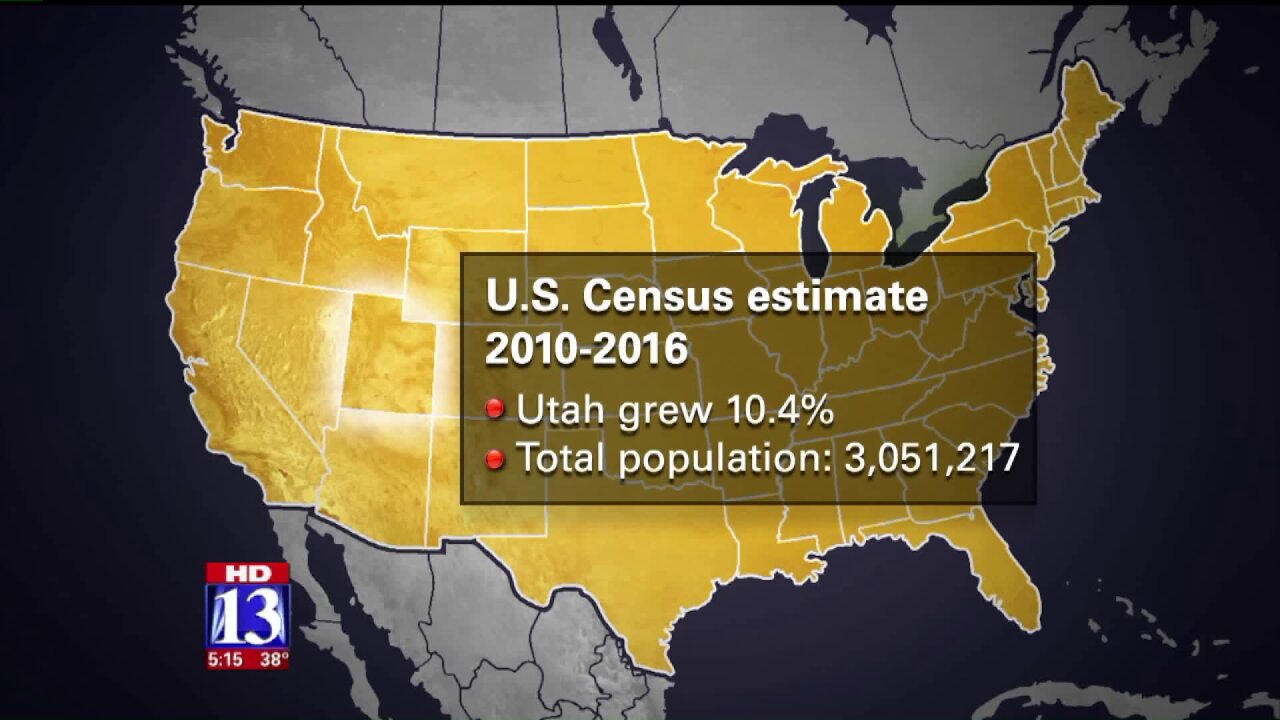 For the first time, the census estimate for Utah has topped 3 million residents, with the annual American Community Survey estimating the total population at 3,051,217.

Census staff took special note of the number of cities in Utah on the list of the 20 fastest growing metropolitan areas.

"When we look at the top 20 fastest growing metro areas in the country, we find that three of them are in Utah," said Ben Bolender, who works with the population division of the U.S. Census Bureau. "Provo-Orem and Logan grew primarily from natural increase, or the difference between births and deaths. St. George grew primarily through domestic migration, that's people moving to and from other parts of the country."

Utah also has three counties on the list of the ten fastest growing counties in the country, with San Juan County in first place, and Wasatch and Juab counties in 4th and 9th place respectively.