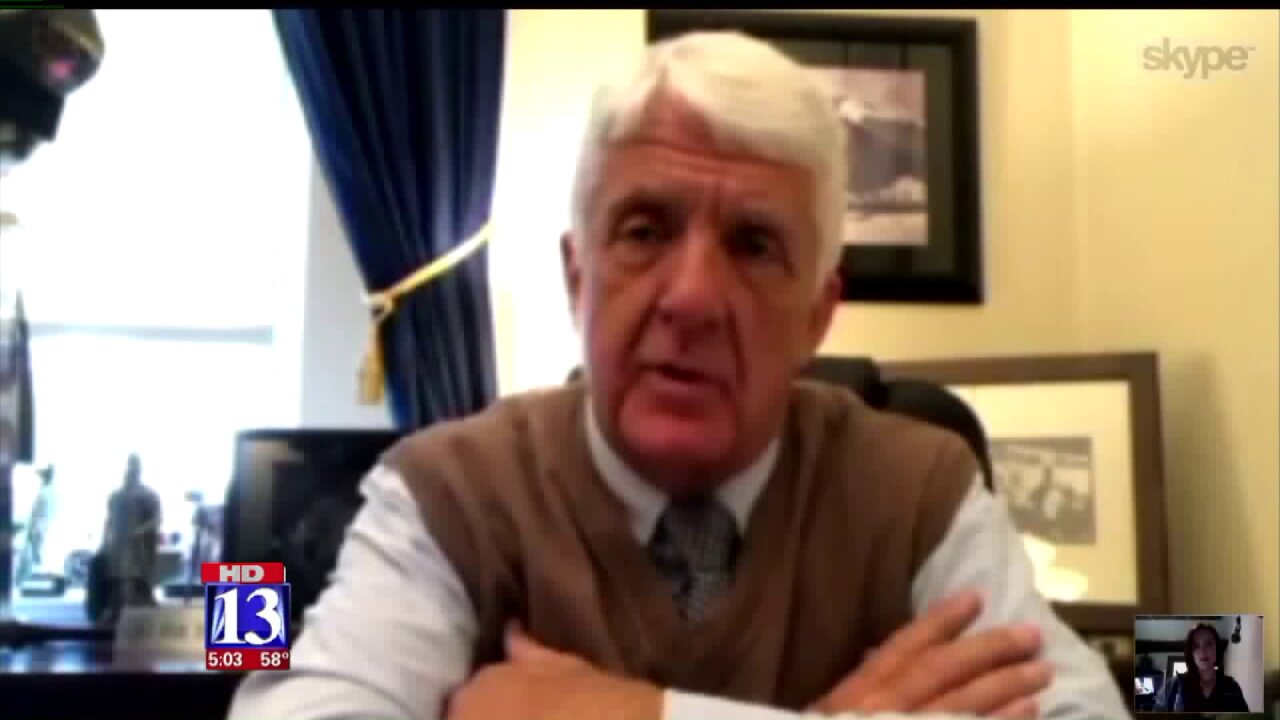 SALT LAKE CITY -- House Speaker Paul Ryan pulled his bill to repeal Obamacare from the floor Friday, saying later in a press conference they were unable to secure the necessary 216 votes to pass the measure.

Utah's Congressional delegation is reacting to the decision, which came one day after President Donald Trump threatened to walk away from health care reform if he didn't get a vote on the bill.

"People are very frustrated right now," said Rep. Rob Bishop, speaking to Fox 13 via Skype on Friday afternoon. "This could have been the first step in actually moving forward to helping solve the problem."

He said he was disappointed, but that he still has hope that, "at some point, hopefully, there can be consensus moving forward."

For now, he said Obamacare will stay the law of the land.

"This system-- it's a train wreck about to happen," he said, of the current Affordable Care Act.

“The decision to pull this bill was a sound, commonsense one. We can now begin the hard and necessary process to get this right.”

“The reality is that the current House bill was not ready for the House floor and certainly not ready for the Senate. We need an open, transparent, and deliberate process. The stakes for all Americans are simply too high for anything else.”

Rep. Jason Chaffetz, a Republican representing Utah's Third District, said Obamacare is in a "death spiral" and change is needed:

“Obamacare is in a death spiral and desperately needs to be repealed. Unfortunately, today we couldn’t come to a consensus on what that plan should look like. But we need to get there. The status quo is not sustainable. People still need access to affordable healthcare that Obamacare does not provide.”

"We worked very hard to bring the American people better healthcare options and I’m very disappointed in this outcome.”

“It is unfortunate that this opportunity has passed to bring healthcare to a vote in the House of Representatives. I worked with the President and House leadership to make the bill the best it could be for Utah families and small businesses. This was a great opportunity to offer Utahns access to better healthcare alternatives, lower premiums, to remove federal red tape and give states flexibility to design the programs for our residents. I will continue to work to ensure Americans have the best healthcare options available in another way.”

Political experts say the decision to pull the bill came as no surprise.

"That`s probably the saddest part of all of this, is it`s just Washington as usual," said Boyd Matheson, President of the Sutherland Institute.

He said he predicted this move a few weeks ago, and thinks it went on as long as it did simply because there was no backup plan to the bill.

"Some sort of artificially imposed deadline, a lot of fake fights, and then you have this false choice at the end-- and it`s all or nothing," he said. "Then everything collapses, and the status quo remains."

For now, the status quo is the Affordable Care Act. For some, like Jason Stevenson with the Utah Health Policy Project, it's welcome news.

Attending a 'Save Medicaid Utah' forum on Friday, he said they worried about the future of healthcare and Medicaid.

"We really felt that it was under threat from the American Healthcare Act," he said.

Stevenson said Utah placed #3 in the nation when it came to fastest growth rates for enrollment under the ACA this year. He said nearly 200,000 residents have opted for coverage.

"I think people are relieved that they can depend on those benefits," he said.

He did agree that the ACA is not perfect, and said he hopes to see a bi-partisan effort in the future to fix the ACA in the ways he feels it isn't working.