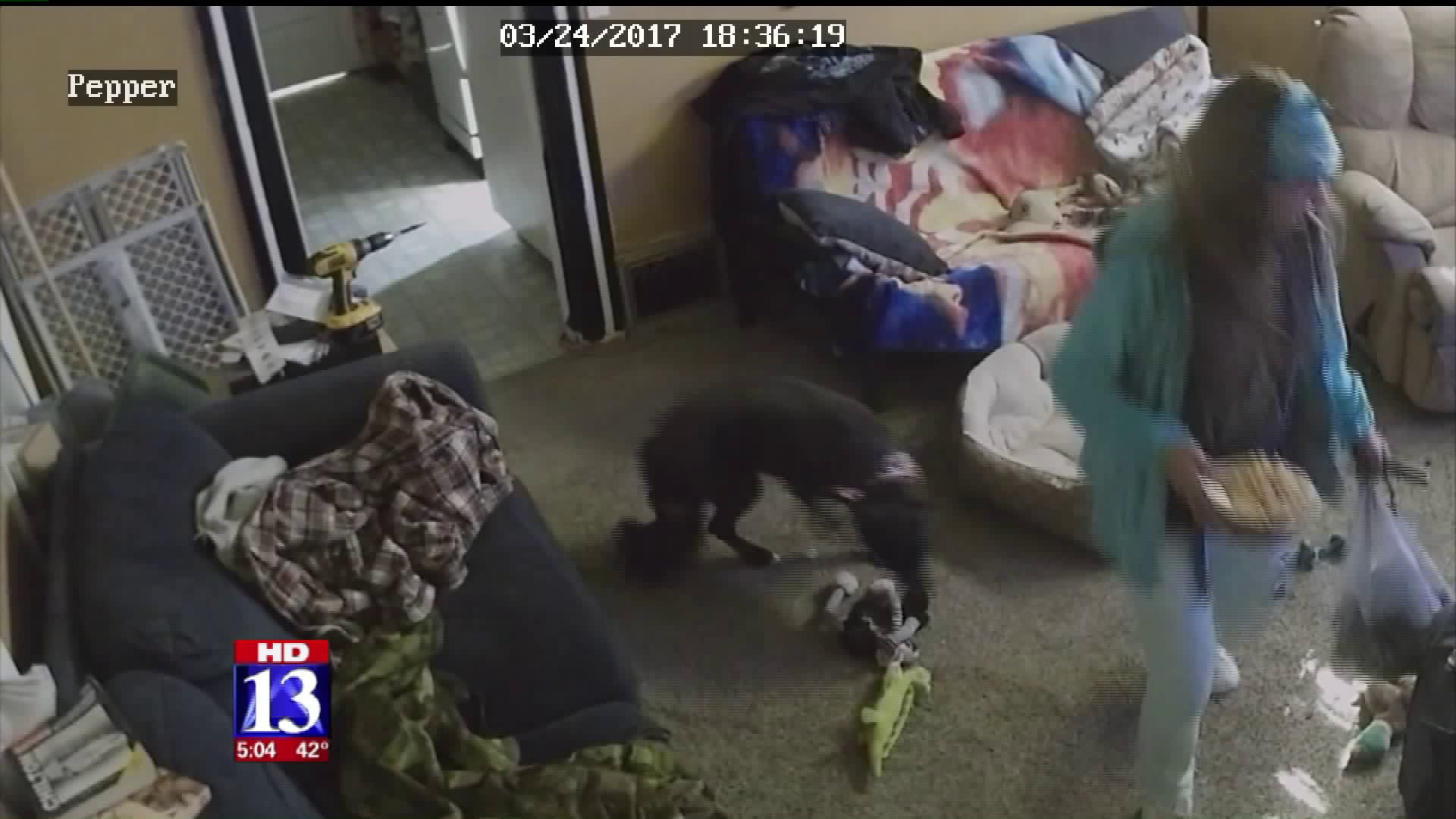 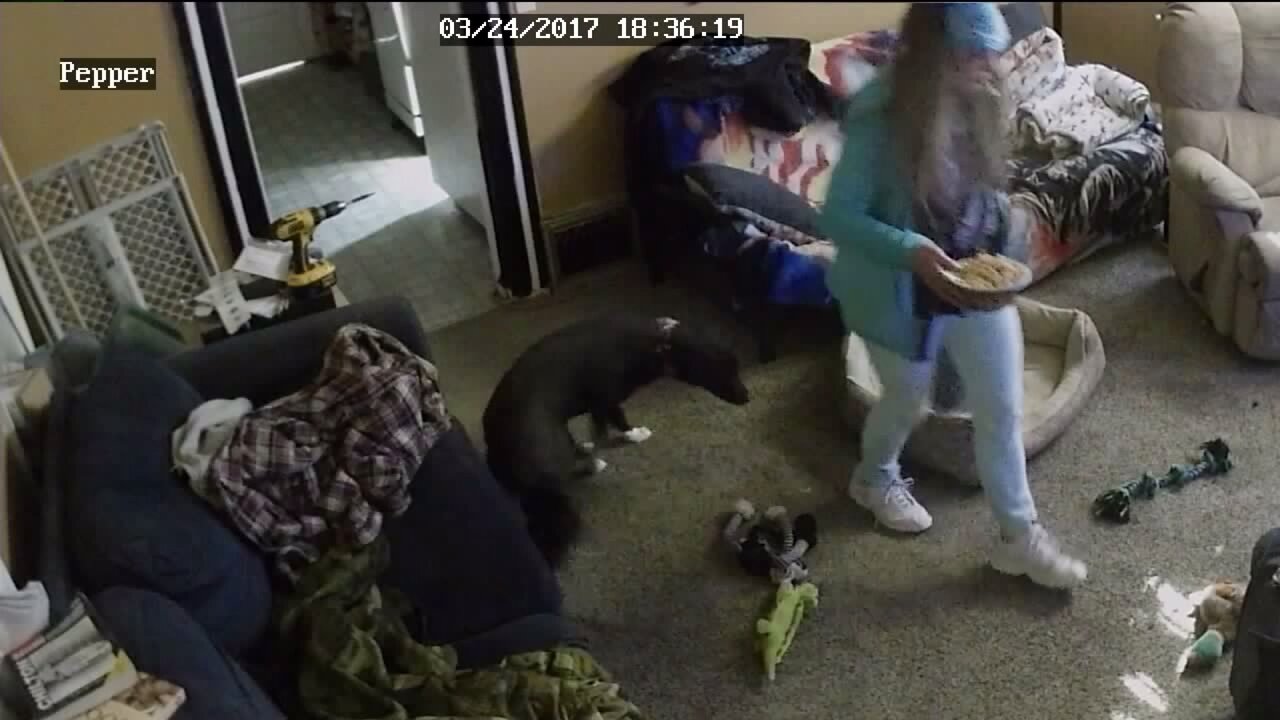 SANDY, Utah -- A Sandy man is thanking his neighbor for stopping a burglary this weekend after the suspect broke into his home and helped herself to a meal.

Surveillance cameras captured the suspect in action, and homeowner Michael Antczak says this is actually the third burglary to occur at his property in the last five months.

Antzcak said the woman who broke into his home Friday afternoon made herself right at home.

“Made breakfast for herself, was stealing things,” he said.

Surveillance footage shows the woman opening the fridge, eating, and taking Antczak’s belongings and packing them into a plastic bag.

At one point she even sits in the recliner and turns on the TV. But when the woman stepped outside onto the porch, a neighbor intervened.

“I kind of ran up to her and was like, ‘What are you doing? Get away. You don’t live here,’” said Leah Long.

Long, who is Antczak's neighbor, knew this woman was up to no good and called police.

“I was trying to keep her from running or getting away," she said.

Police arrived and arrested the woman, but this isn't the first time Antczak has been a victim.

“Individual walked up into the house and grabbed my cell phone and took off while I was home,” he said of a previous crime.

In another case, a woman broke into his truck and stole some items. All told, Antczak has been burglarized three times in five months—and in all three cases the suspects were caught on camera.

Fortunately, Antczak had someone looking out for him in this case.

“My next door neighbor, how she watched out for me, is how this got stopped,” he said.

Long said that’s part of being a neighbor.

“I wanted to make sure my neighbor was OK," she said.

Anzcak said when the woman broke into his truck, police did arrest her, but they never caught the guy who entered his home and stole his phone.