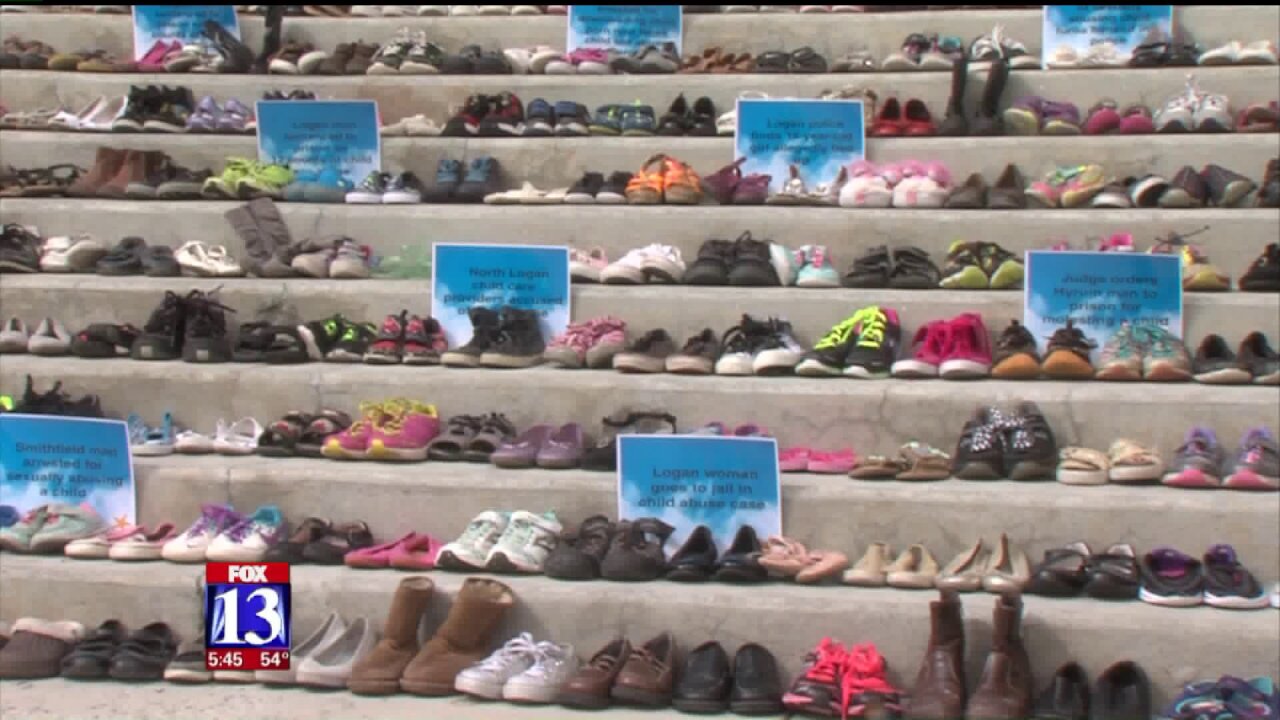 "As you look at these shoes today I challenge you to look at each one as being worn by a child you know; your own child; a niece or nephew a grandchild," said Deondra Brown, a pianist for a group called the "Five Browns." "Would you not risk everything to protect them?"

The group is made up of five siblings who play five pianos in concert together. All five were accepted to Juilliard and have performed all over the world. The group has several records and have topped music charts. Both Entertainment Weekly and Oprah among many other late night talk show hosts like Jay Leno and other news outlets have raved about their performances

Recently, however, Brown came out publically that her father sexually abused her and her two sisters when they were little girls.

Several years ago the adult sisters finally opened to each other and their brothers about the sexual abuse.

Brown was moved by an invitation from "The Family Place" to have her speak at this year's event.

Now, Brown is a mother. She spoke openly about what parents need to do to protect their children.

"The best thing you can do is to point blank ask them," said Brown. "Has anyone ever violated your trust or touched you? It's a topic that's been in the shadows for a very long time and that is what gives it it's power; it's how perpetrators continue to pray on our children."

The Family Place will host events like this one through April.