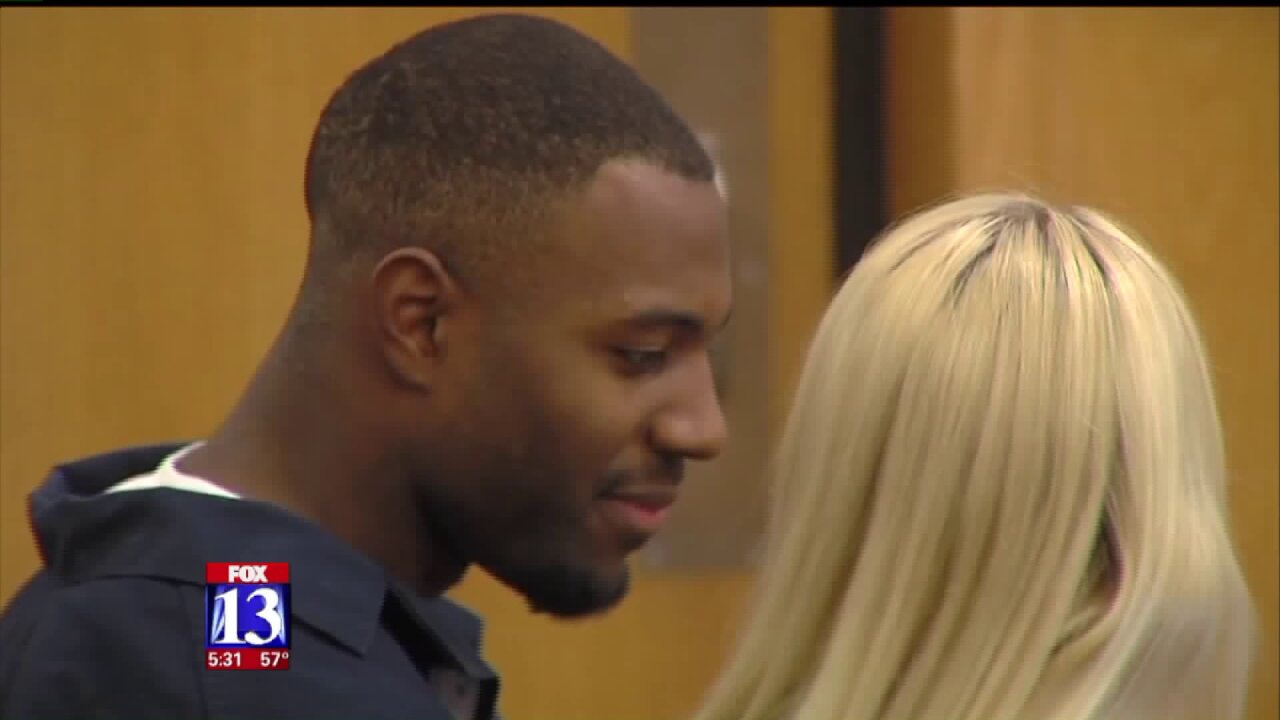 LOGAN, Utah -- Torrey Green, a former USU football player released by the Atlanta Falcons due to allegations of sexual assault, appeared in court for a preliminary hearing Wednesday in Logan.

Green is facing rape charges from several alleged incidents dating back to November 2013.

Two young women took the stand Wednesday, and both say they were raped by Torrey Green when they were students at Utah State University.

Fox 13 News is not naming either alleged victim in order to protect their identities, and we are not showing any footage of their testimony. The stories told by the two women are very similar and happened about a year apart.

The first alleged victim said the attack happened in November 2013. She says she and Green met on Tinder, a dating app. After meeting and talking for a while, he made her dinner at his apartment.

For the second girl, it was her freshman year, during the fall of 2014. Green introduced himself to her on campus one day and she went to his apartment.

Both say the plan was to watch a movie on the TV in his room, but they claimed it turned into much more, even though both said no.

Neither reported the alleged rapes to police right away, but they did both confide in friends.

“This alleged sexual assault took place and was reported to another individual well before the Salt Lake Tribune article came out in July of 2016,” said Barbara Lachmar, a deputy criminal attorney for Cache County, during Wednesday's hearing.

Both alleged victims said that, at first, Green "seemed like a nice guy", but that quickly turned into "I know you want to" and "I know you like it", while he was allegedly laughing and shrugging off the assault.

A third alleged victim took the stand before court adjourned Wednesday afternoon. We'll hear four more cases before this hearing is over in a couple of days. Then, the judge will decide if there is enough evidence against Green to send him to trial.