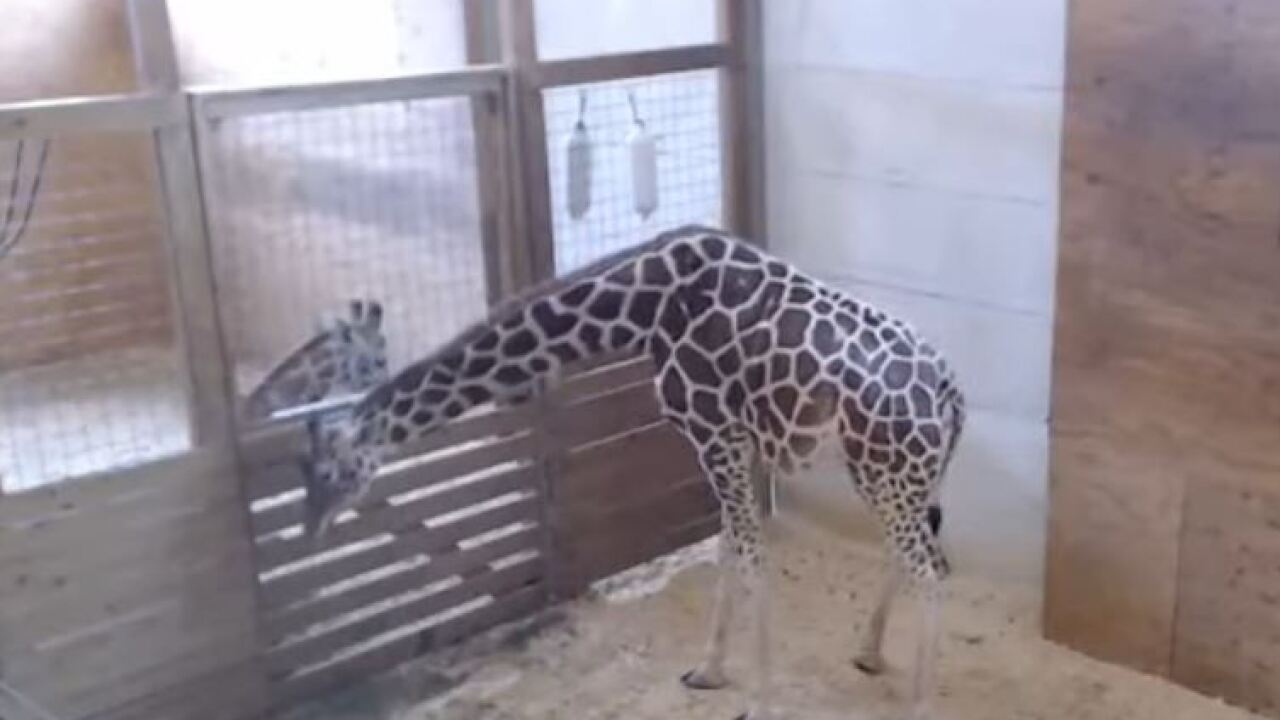 HARPURSVILLE, New York — It’s April 1st and Animal Adventure Park is assuring people this is no hoax as thousands continue to wait for April the giraffe to deliver her calf.

More than 200,000 people are tuned in to the livestream on the park’s YouTube channel Saturday afternoon, and the park said Saturday morning that keepers and vets report April is “out of normal behavior and shows signs of contractions.”

The park says they are not announcing active labor at this time, and they made a second post later in the day describing some of April’s behavior.

April’s pregnancy and anticipated delivery has captured the attention and curiosity of thousands of people across the country, partly after the live stream was initially removed over complaints the stream of the pregnancy amounted to “sexually explicit” content.

According to Animal Adventure Park, the calf will weigh about 150 pounds and will stand 6-feet tall at birth. A giraffe’s pregnancy lasts about 15 months. The zoo plans to have a contest to name the calf once it is born.

Animal Adventure Park has created a GoFundMe page to raise funds to run the zoo and upgrade the giraffe facilities. The park has also created a web page just for April.