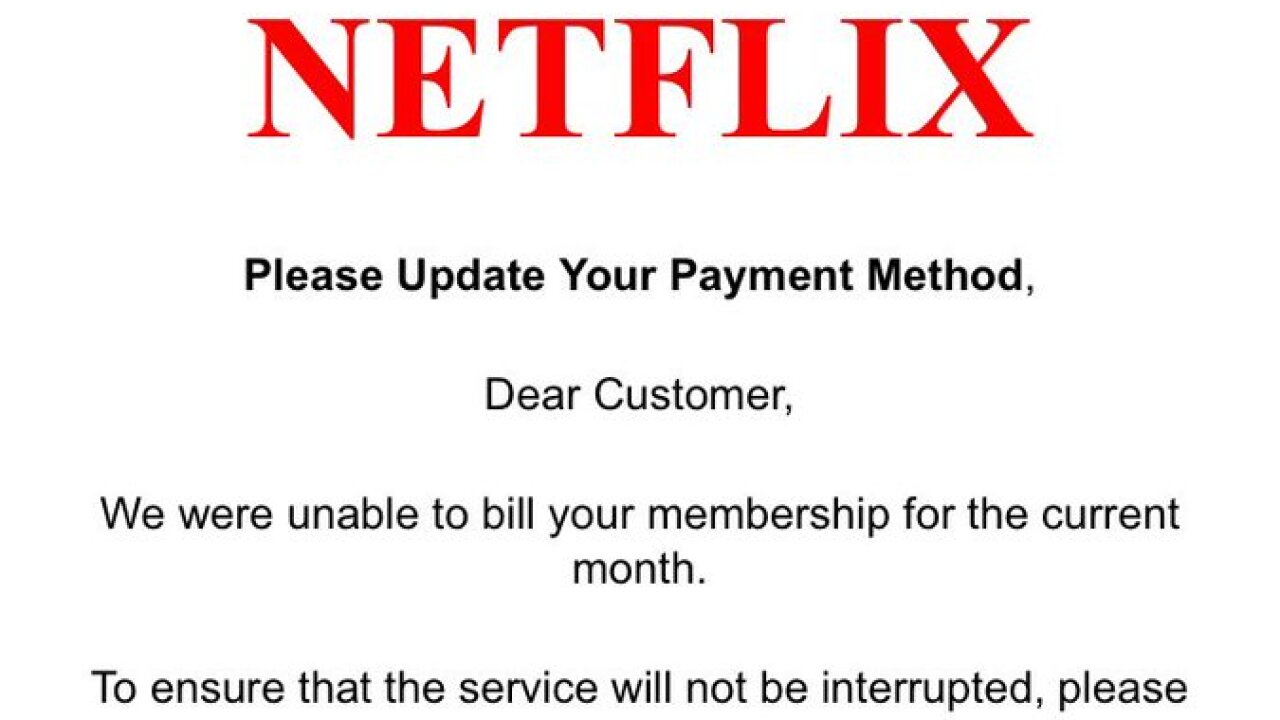 According to officials, scammers are using fake emails to trick Netflix customers to give them their credit card information.

Before following an email’s instructions, first check the sender of the email, officials said. From the details in the far right, you’ll be given the option to see where the “support” email originally came from. In the “other” box will be an email, police give the example “service@appel.com,” which is a fake email.

To follow the steps by picture, check out the images below.

Scam sent to a BPD email address. Pics show how to tell it's fake… pic.twitter.com/2sQySAoYME

Police also want to remind the public to “turn the tables on the scammer” will only aggravate the scammers and could lead to harassment. The best thing to do is to hang up and ignore the callers, according to police.