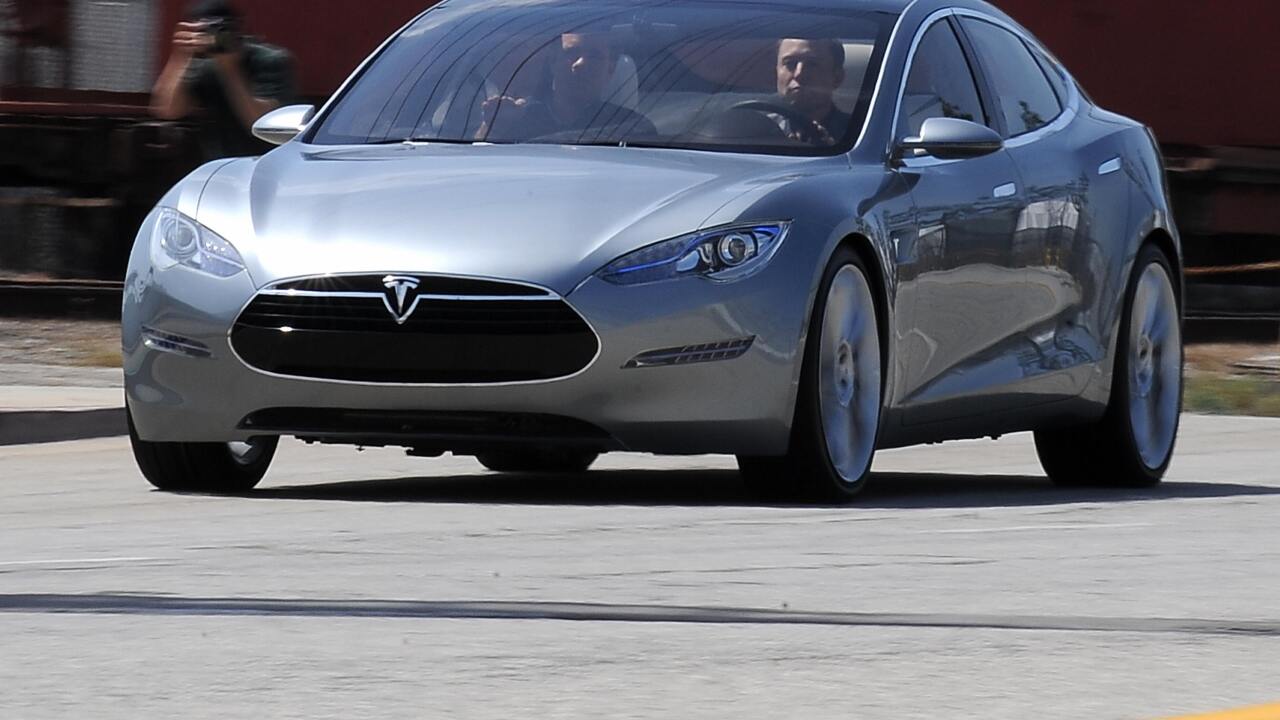 Tesla Motors Chairman and CEO Elon Musk (in driver’s seat) and chief designer Franz von Holzhausen (in passenger seat) drive the new Tesla Model S all-electric sedan out into the street as members of the media look on, at the car’s unveiling in Hawthorne, California on March 26, 2009. Musk said the state-of-the-art, five-seat sedan will be the world’s first mass-produced, highway-capable electric car. The car has an anticipated base price of 57,400 US dollars but will cost less than […]

SALT LAKE CITY — The Utah Supreme Court has ruled against Tesla Motors in a lawsuit against the state over the ability to directly sell its cars here.

In a unanimous ruling handed down Monday, the state’s top court upheld a statute that prohibits wholly-owned subsidiary of a car manufacturer from obtaining a license to sell new cars in Utah.

“We interpret the statutes to prohibit a motor vehicle manufacturer from owning part of any separate entity that sells the manufacturer’s new motor vehicles in this state,” Justice Thomas Lee wrote. “We also uphold the statutory scheme against Tesla UT’s constitutional attack.”

Justice Lee noted that the court was taking a very narrow ruling, opting not to weigh in on whether Tesla’s method of direct sales improves car buying experiences for consumers, or whether Tesla would be barred from trying for its own license (Tesla created a subsidiary to sell the cars).

Tesla Motors challenged state laws that prohibit an auto-maker from directly selling their vehicles without a franchise. Tesla has been pushing for years to be able to sell its cars in Utah. It has a building in Salt Lake City, but the Utah State Tax Commission has refused to grant it a sales license, citing the laws.

In its ruling, the court questioned the Utah State Tax Commission’s legal theories about franchises under the laws, but Justice Lee said they ultimately concluded Tesla’s own definition of a “franchise” remains at odds with Utah law.

Tesla lobbied the Utah State Legislature to get the law changed, but their efforts faced push back from other auto dealers. Lawmakers opted to wait to see how the court ruled before addressing it again. During arguments last year, Tesla’s attorney said direct sales are banned in Utah, Connecticut, Michigan and Texas.

In a statement to FOX 13, Tesla indicated it would go to the Utah State Legislature.

“The Utah ruling is disappointing for Tesla and all Utah consumers interested in consumer choice, free markets, and sustainable energy,” a spokesman wrote in an email. “We will pursue all options to ensure that Tesla can operate in Utah without restriction. In the meantime, we will continue to provide service and limited sales activities (through our used car license) at our location in South Salt Lake City.”

In a tweet reacting to the ruling, the sponsor of the original bill in favor of Tesla’s sales, Rep. Kim Coleman, R-West Jordan, indicated she’ll run the bill again.

The lawmaker who ran the original bill to allow @TeslaMotors to sell in #Utah indicates she's going to run it again… #utpol https://t.co/IwD3v2kM2M