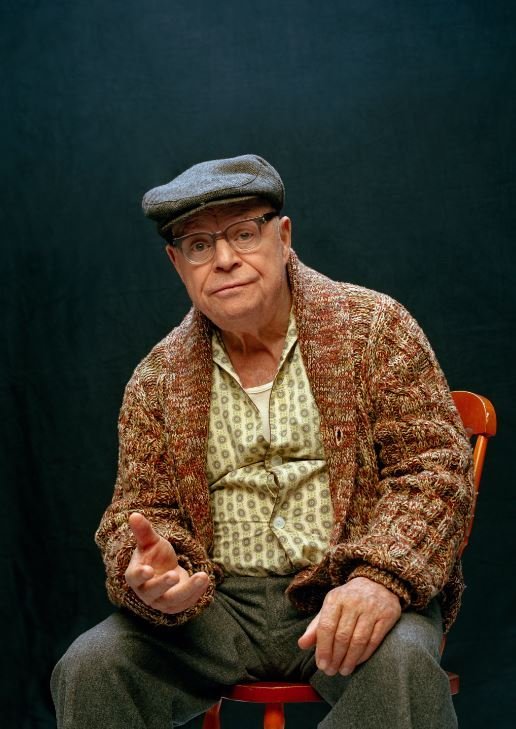 Don Rickles, a comedian and actor known for his abrasive humor, died Thursday from kidney failure at his Los Angeles home, according to his publicist, Paul Shefrin.

Known as the world’s greatest insult comic, Rickles enjoyed a career that spanned decades and found him performing in everything from nightclubs to a Martin Scorsese film. (Scroll down for some of Rickles’ best celebrity insults.)

Rickles reveled in being the opposite of politically correct.

In a 1993 interview he told CNN’s Larry King “I don’t even know what the hell it means.”

“I make fun of the world,” Rickles said. “You know that. And if you know how to handle that and you treat people — and you make fun of yourself, hey, it’s not offensive.”

Born in the Jackson Heights section of Queens in New York, Rickles was the only child of an insurance salesman and housewife.

After he graduated from high school in the 1940s he did a two-year stint in the Navy before following in his father’s footsteps as an insurance agent.

That career didn’t take off and Rickles enrolled in the American Academy of Dramatic Arts.

He tried his hand at performing comedy in nightclubs in between acting gigs and it was there he found his true calling by taking on hecklers.

Rickles was doing just that in the 1950s when Frank Sinatra and his entourage happened upon his performance in Miami Beach.

Sinatra took such a strong liking to the comic that Rickles became an honorary member of the Rat Pack and the singer helped open doors for Rickles and his caustic wit.

Los Angeles led to some TV and movie roles, but it was in Las Vegas, the Rat Pack’s home base, where Rickles perfected his craft of curmudgeonly humor with sharply timed insults.

In 1965 an appearance on “The Tonight Show” with Johnny Carson gave him his national breakthrough and he quickly became a regular guest.

But it was “The Dean Martin Celebrity Roast,” which ran from 1974 to 1984 on NBC, where Rickles’ barbs and zingers helped firmly establish him as “Mr. Warmth.”

On Thursday some of his Hollywood colleagues paid tribute to Rickles.

“He was called ‘The Merchant of Venom,’ but in truth, he was one of the kindest, caring and most sensitive human beings we have ever known,” actor Bob Newhart and his wife, Ginnie Newhart, said in a statement. “We are devastated and our world will never be the same.”

Former late night host David Letterman said in a statement that “Don coming on our show was always a highlight for me.”

“Just endless mischief and nonsense, and a guy who would make the audience go completely crazy,” Letterman said. “Such a professional, such a gentleman. I already miss him.”

In 1995 he portrayed the trusted floor boss in Scorsese’s gangster drama “Casino.”

In 2014, the legendary director joined “Casino” star Robert De Niro in roasting Rickles during Spike TV’s “One Night Only: An All-Star Comedy Tribute to Don Rickles.”

“Bob and I did like eight pictures together,” Scorsese joked. “Then we did ‘Casino’ with Don, 20 years ago — and we haven’t worked together since.”

A whole new generation fell in love with Rickles’ work after he was cast as the voice of “Mr. Potato Head” in the “Toy Story” films.

In February Rickles told Closer Weekly he had no plans to retire despite his advanced age.

He said he was still operating with the same spontaneous humor he always had.

“I don’t practice or write stuff down — everything I do onstage was just made up before I went on,” he said. “You can’t please everyone, but I’ve been fortunate in that my fans are in my corner.”

Rickles added that he was grateful for his continued audience after so many years in the business.

“Whether it’s 10 people or 300 people, an audience is still an audience,” he said. “If people keep showing up to see you, then it’s still a high.”

Don Rickles once explained to CNN’s Larry King how he became king of the killer insult. And the answer is simpler than you might think.

“To be honest, the insult thing started out of lack of having an act,” he told King in 1985. “Many, many, many years ago I stood on the stage and told bad jokes and did Sophie Tucker as an impersonation and nobody looked up.

“Then suddenly I leaned down and said, ‘Sir I’m getting fed up with you. Either you watch or I’m going to suck your neck,’ or words to that effect. And suddenly, people started to laugh.”

And Rickles, armed with a new persona as an insult comic, saw his career take off.

“It seemed to catch on,” he told King. “And it went from there and now I’m a very big star and I came on this show as a mercy favor.”

The longtime comedian, who died Thursday at age 90 of kidney failure, left behind a trove of memorable zingers in his six decades of performing.

Here are some of his best:

To Robert De Niro, after being roasted in 2014:

“You were all marvelous, really you were. I [could spend] all night saying how great you were … except De Niro was weak.”

To David Letterman at the same tribute:

“It’s sweet of you, Dave — I know your busy schedule of going to the bank and trying to figure out what the hell you do.”

“Marty … somebody get a phone book so he can see me.”

“Bob, I’m so happy for you, but do us a favor: Get off the air. How long [are you going to do this]? The soldiers, the Navy, they’re getting tired. Every time there’s a war, you’re right there. In Iran, they’re fed up, they’re fighting and you go, ‘I wanna tell you…’ with your golf club. It’s over. I’m a friend. Don’t annoy people.”

“Oh, there’s the black guy from ‘The Unit’… now he works for Allstate.”

To Jerry Lewis, during a roast:

“But why am I here tonight, Jerry? Because you could get hot again.”

To Jay Leno, during a 1994 appearance on “The Tonight Show”:

“Those were the days, when albums were big. And now that’s over with, and I’m on this.”

“I met your son….he’s a wonderful young kid. And he was smiling because he knows one day he’s going to come into a lot of money.”